She was born with no hands but this did not stop Anaya Ellick of Chesapeake, Virginia (US) from living a normal life just like other kids.

And just like kids her age (she’s seven years old), Anaya goes to school at Greenbrier Christian Academy (GCA) in Chesapeake to learn how to read and write – and write she does! While other kids have full use of their hands to write, Anaya learned how to pick up pens, pencils, and crayons using her forearms.

Yet even without using prosthetics at all, Anaya was able to learn how to write! In fact, her handwriting using her forearms was so good that her teachers recommended her to be a contestant in the Zaner-Bloser National Handwriting Contest.

But while the 50 other competitors got to use their own hands, Anaya had to write using her forearms yet this did not stop the first grader from winning the competition! Wow!

Can you imagine that? Little Anaya Ellick just won the national handwriting competition even if she had no hands, beating all the other kids with complete limbs! What an admirable young girl! 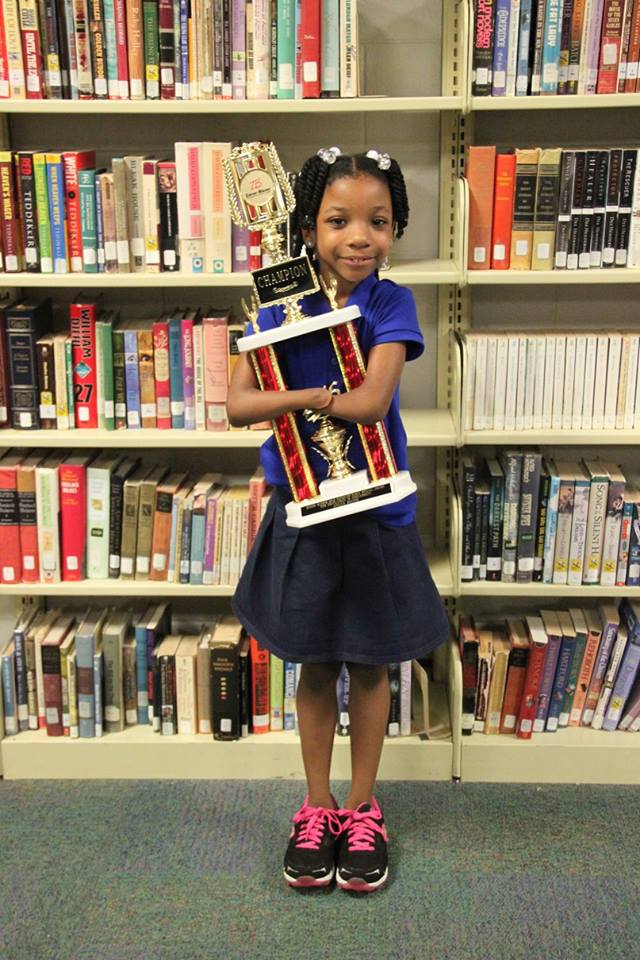 For her feat as champion of the handwriting competition, not only did Anaya receive a huge trophy almost half as tall as she is, she also received a check worth $1,000!

On Facebook, Zaner-Bloser wrote with pride about Anaya’s feat, “We want to say how proud we are of Anaya Ellick, a first-grade student at Greenbrier Christian Academy (GCA) in Chesapeake, Virginia, who earned the Nicholas Maxim Special Award for Excellence in Manuscript Penmanship.”

Attaching a photo shared by Anaya’s school of her holding the huge trophy, the award body added, “Our team was honored to award Anaya her large trophy and a check for $1,000. Her determination and spirit is an inspiration to us all.”