A dedicated teacher who crossed a road that was destroyed by landslide went viral, with netizens admiring her for thinking about providing lessons to her students despite the difficulties she had to go through to reach the school.

Although her name was not released as the ones who took the photo was not able to ask, the dedicated teacher would be hailed for her actions. 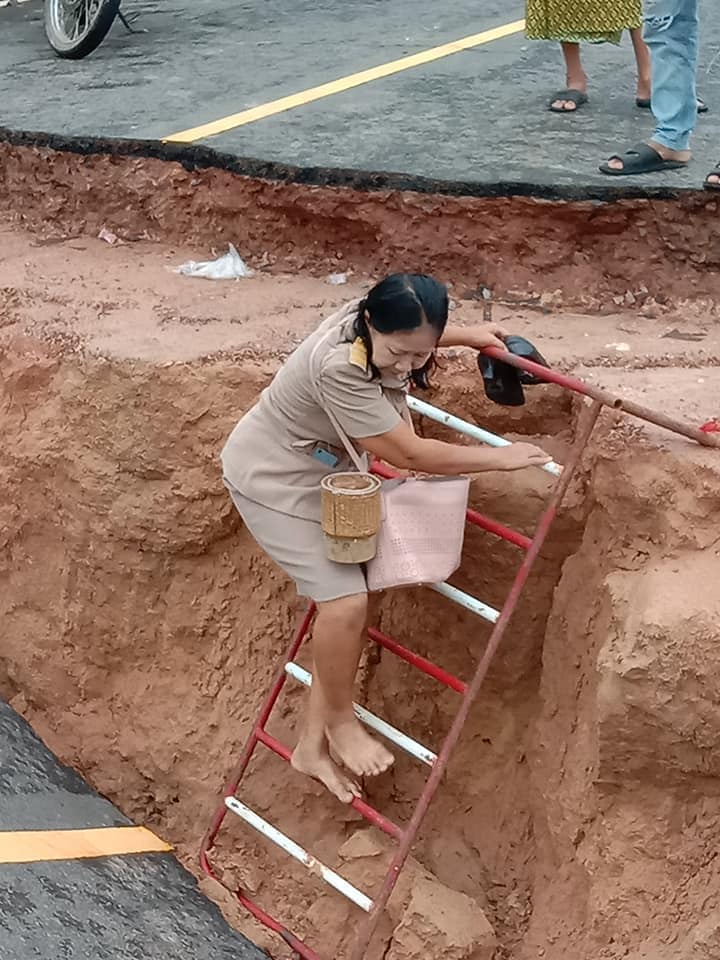 In photos shared on Facebook by a Thai user, Chayutara Duangphandee, the teacher could be seen bringing her shoes in one hand as she tried to climb down the makeshift ladder to cross the gap in the road that was destroyed by a landslide. The road was among the infrastructures affected by Tropical Storm Pudong that hit Thailand and nearby areas.

Balancing her shoulder bag plus another bag filled with school supplies, the teacher then had to walk a rather dangerous portion of the broken road to reach the other ladder that would lead her to the other side where the school is still some kilometers away. 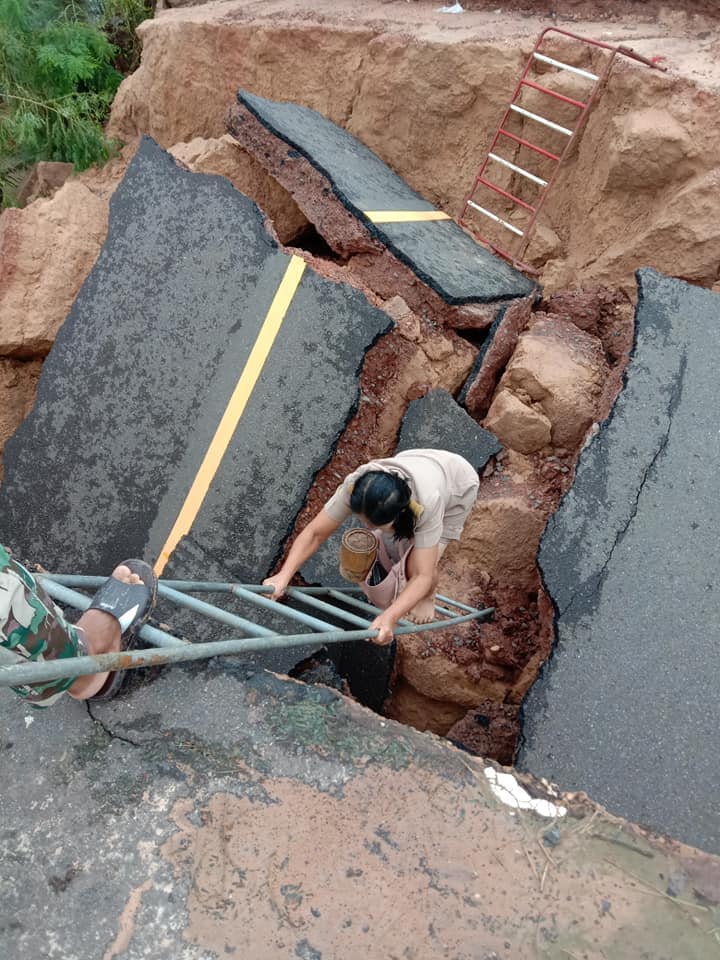 The road was identified to be somewhere in Na Udom where many roads had been affected by the tropical storm. Aside from the roads, several homes, offices, and various buildings were also damaged during the onslaught of the tropical storm, but this teacher still continues with her journey so her students would not miss a day in school.

It is unknown whether the teacher’s school might have also been damaged by the storm, but it was clear that she is passionate in her profession and would willingly risk everything for her students. 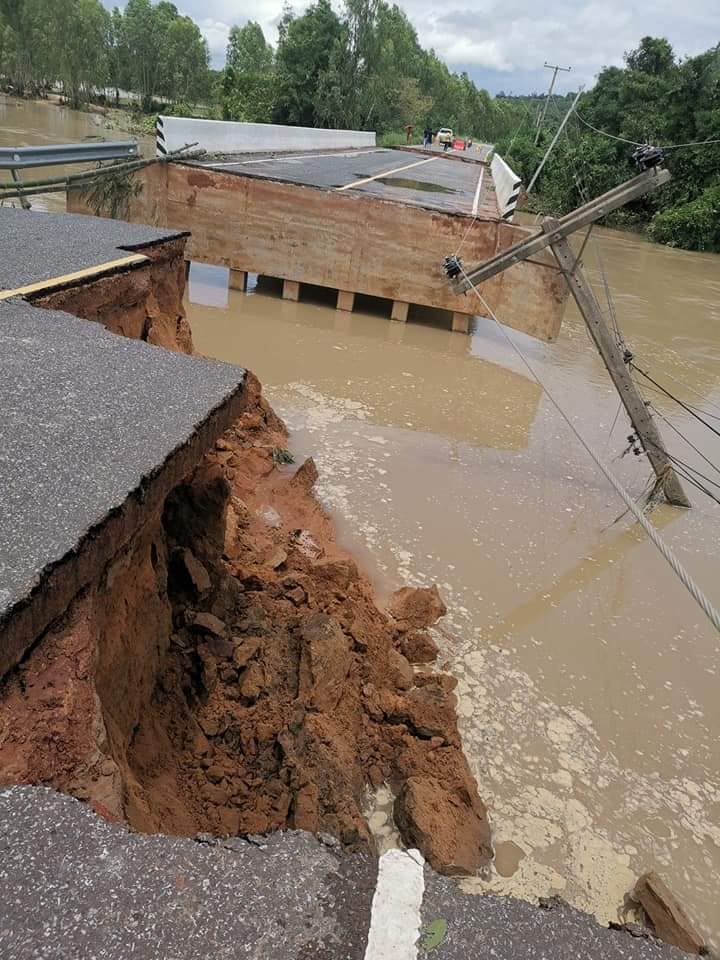 Many netizens expressed praise for this teacher, but also warned her to be more careful next time because her students truly needed her but an injury might keep her away from the school for a long time if something happens to her in the daily commute across these damaged areas.

What is a Tropical Storm?

A tropical storm is a rapidly rotating storm system characterized by a low-pressure center. It often brings lots of rain and strong winds to the areas it passes through.

Even in the strongest of storms, the area in the middle called as the ‘eye’ has the calmest point. However, this does not mean that areas hit by the eye are safe. On the contrary, these places often go through more damage because the wall of the eye is the fiercest part of the storm.