Home
News
News & Culture
Journalist Laughs at Guy for Proposing at KFC Kitchen, Couple Gets Lots of Sponsors for Wedding

One journalist laughs at a guy who proposed to his sweetheart at a KFC kitchen, but the post would actually benefit the couple instead! They now have plenty of sponsors for their wedding.

When you are in love, it does not really matter if you are rich or poor – all you want is for you and your loved one to be together forever. It doesn’t matter if they don’t have a lot of money; they would still want to show their loved one how happy they feel about their relationship. That’s what most people feel, anyway. 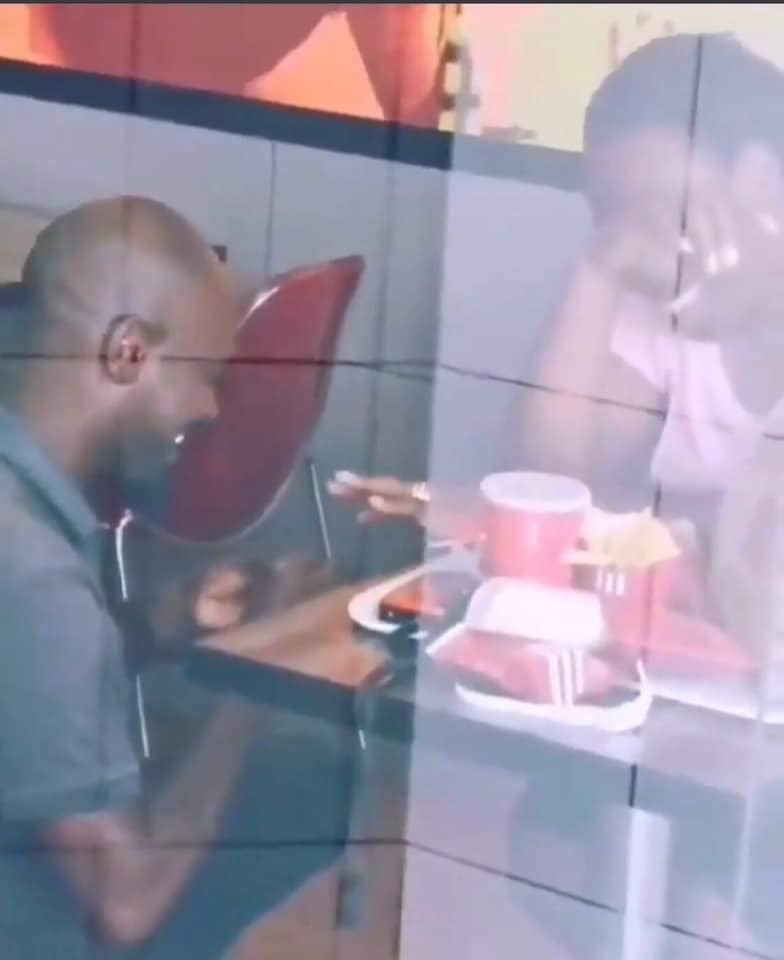 Journalist and events coordinator Anele (@butterfly_Anele) witnessed the moment a South African guy proposed to his sweetheart at a KFC kitchen. She found his gesture ‘cheap’ that she laughed at him in a Twitter post. But instead of netizens also laughing at the guy, many actually wanted to help. 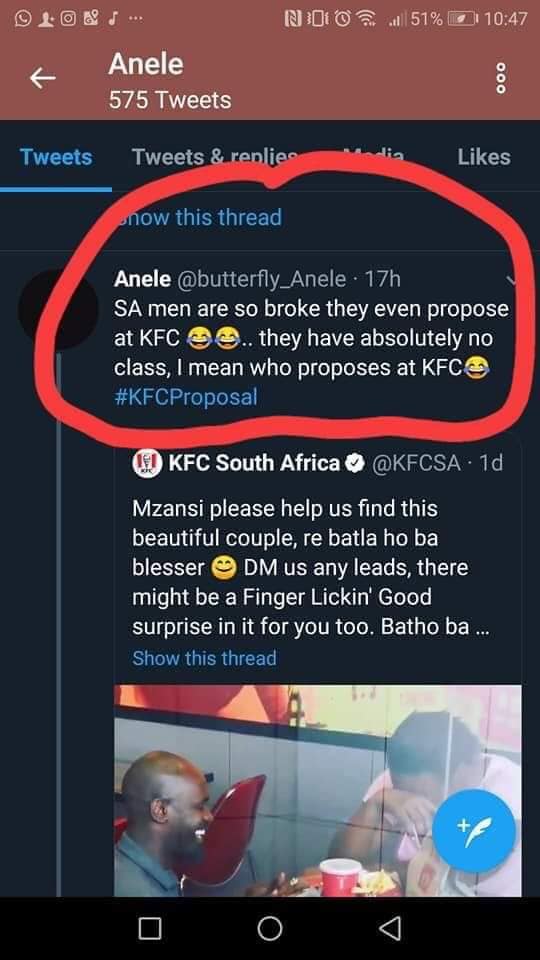 Soon, the tweet went viral and got several major brands sponsoring the wedding! KFC tweeted about trying to find the couple – and other major brands soon followed suit, including DSTV, Coke, Amstel Malt, the South African Audi company, Sony, and so much more!

Several travel agents offered the couple a free honeymoon to remember in exotic destinations to Mozambique, Cape Town and Limpopo while musicians Zakes Bantwini, Sjava and Amy Faku offered to perform for free. 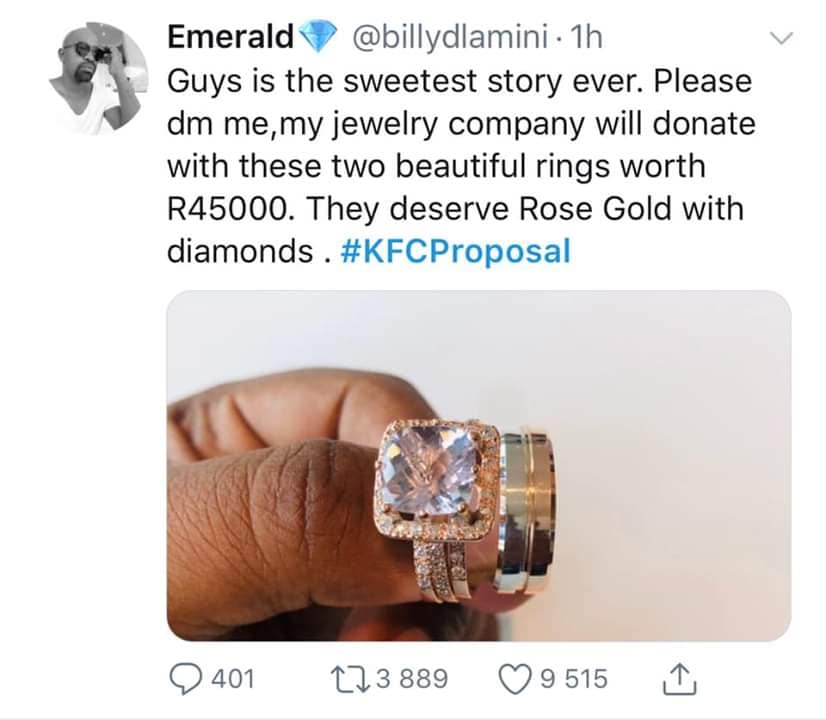 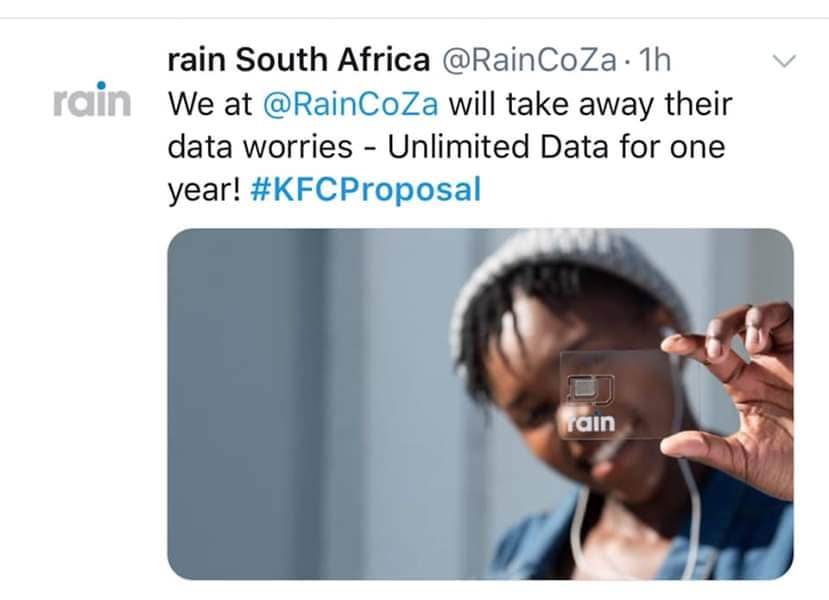 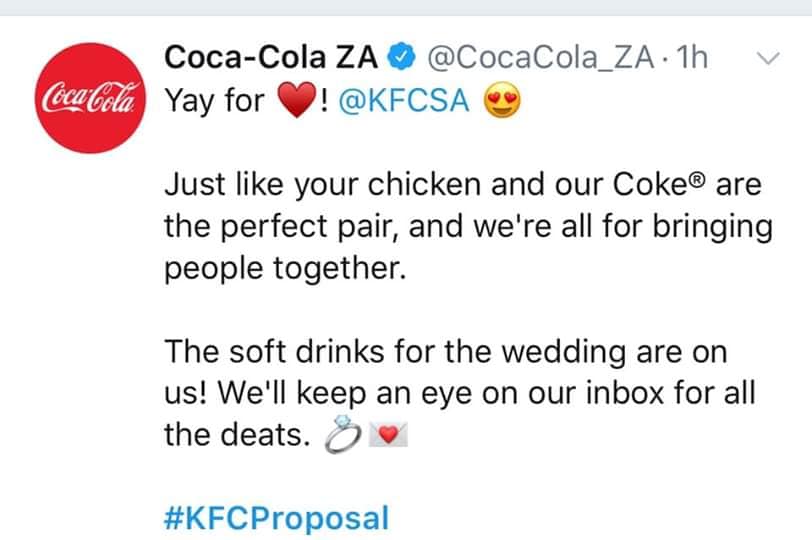 One of the most elite wedding planners in South Africa, Precious the Planner, also offered her services for free. Woolsworth and many others also offered cash or GCs or other forms of gifts. They are also getting free wedding rings with a beautiful engagement ring! The list is getting longer – and everyone is happy for the couple. 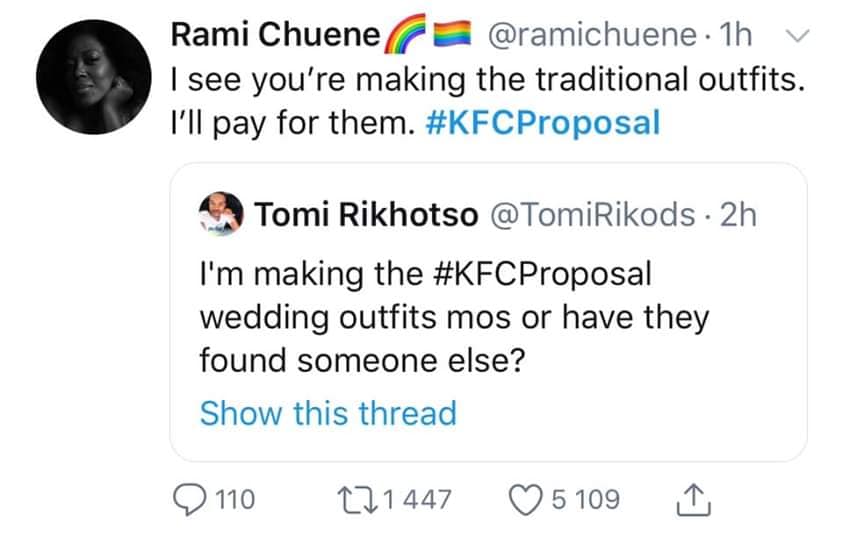 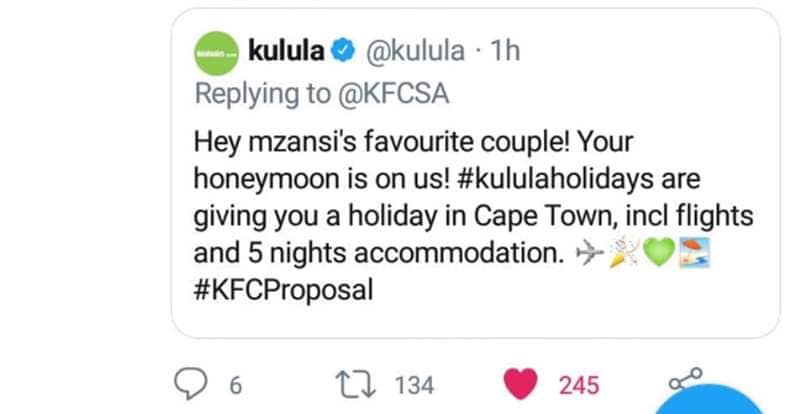 She wanted to shame the couple for the ‘cheap’ proposal but she actually ended up helping them get the wedding of everyone’s dreams!

“How ironic that she says what she says she is but is a bad representation of each, based on what she tweeted here. But, hey, her negative tweet has pushed the couple’s photo to stratospheric levels when it comes to support. So… all’s well that ends well,” a netizen commented. 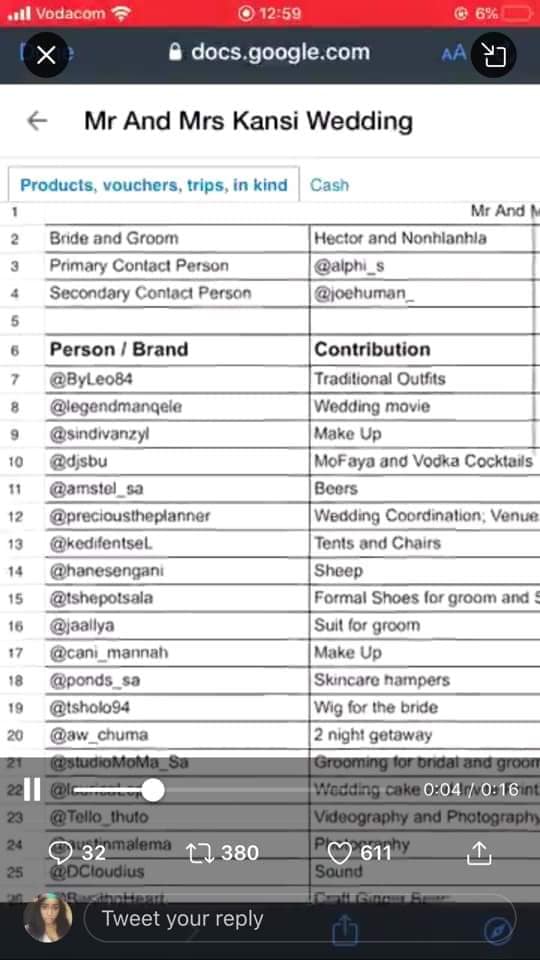 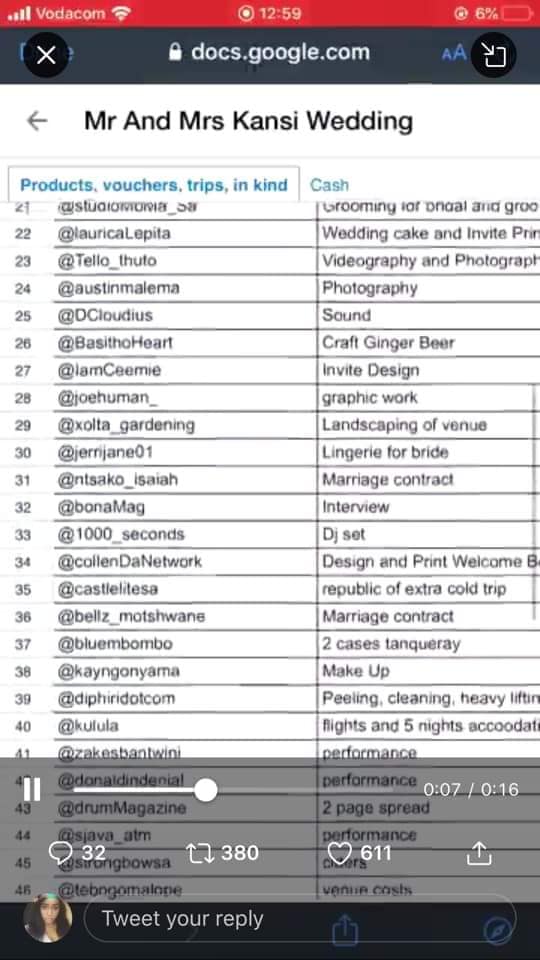 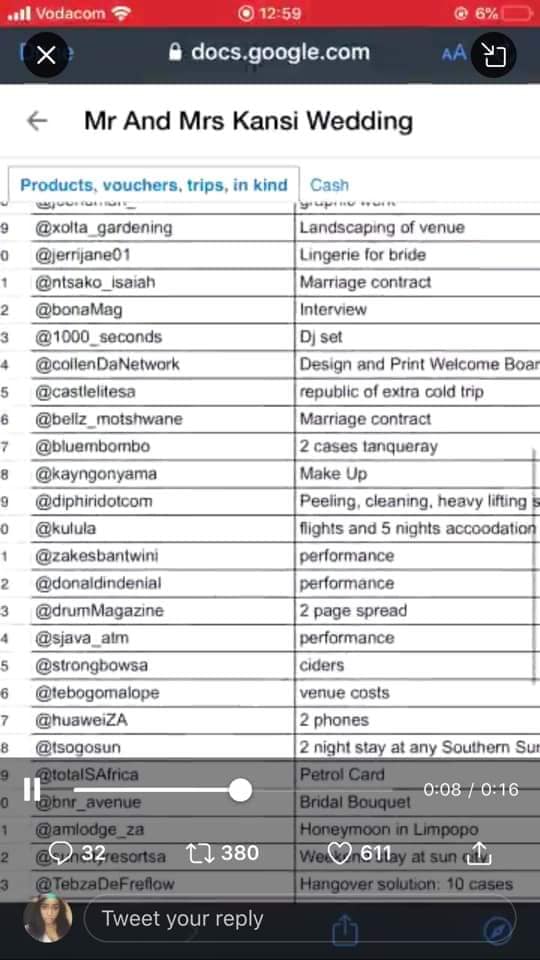 Soon, KFC was able to finally find the couple! They were identified as Bhut’ Hector and his lovely bride-to-be, Nonhlanhla. 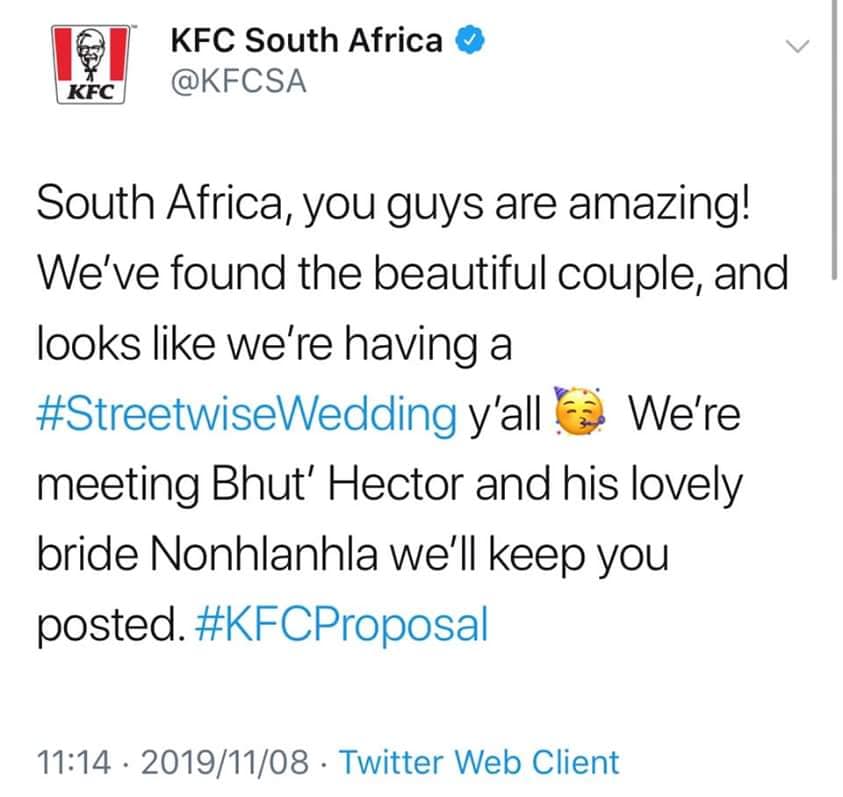 While the journalist and events coordinator thought the KFC proposal is ‘cheap’, there are actually a lot of people who think it is sweet. There have been a lot of KFC proposals before this one – and KFC weddings are actually possible, especially in Australia.