Ambiguous images or images that show two or more subjects in a photo can reveal how creative a person is. Images like the “Rubin vase”, the “young-old woman” and the “two-serious ladies” have been around for about a century, and has continued to fascinate people of all ages.

The image below is one of the oldest ambiguous images ever known to be published. A German magazine called Fliegende Blätter published the image in 1892. However, beyond just identifying the two subjects, there is much more you can discover about yourself by looking at this picture.

Take a look once again at this image. Did you see the duck? Or did you see the rabbit first? It doesn’t matter which you saw first, your creativity is determined by how quick you were able to flip the two images. 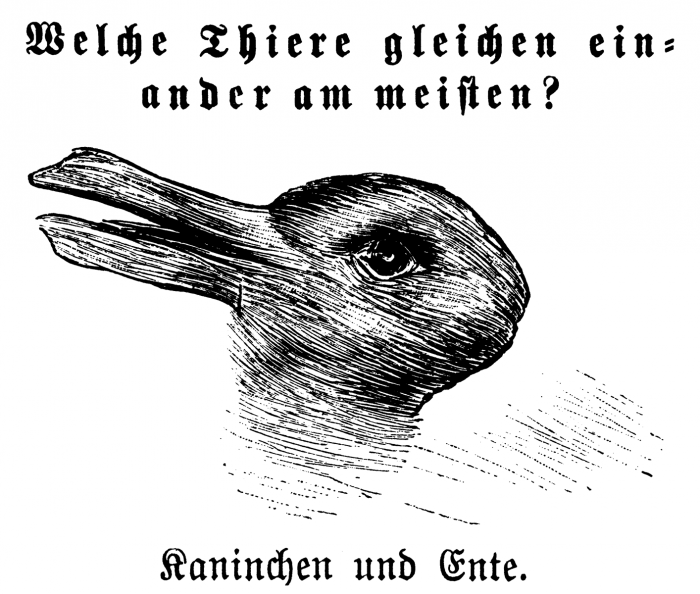 This famous ambiguous image was first published in 1892 in a German humor magazine.
Photo Credit: Wikipedia

Two psychology studies were conducted by the University of Hertfordshire and the University of Edinburgh in the U.K. Participants of the studies were tested to use common objects in creative ways and were then showed the “duck-rabbit” image. Both studies revealed that people who were able to flip the two images more quickly had more talent for making connections between two previously unconnected ideas or things. This skill is connected to extremely creative people.

So did it take a long time and a lot of concentration to see both images? Or was it easy to identify the two subjects? Try and test your friends and leave a comment below.

Did you know that there is a mental impairment called face blindness?

Have you ever met someone on the street who seem familiar and yet you are not able to recognize? It’s really awkward, right? Unfortunately, it happens.

Share
Tweet
Pin
Share
Tags:ambiguous images, Creativity, duck rabbit image, how will i know if a person is creative, How You Interpret This Image Will Reveal How Creative You Are, prosopagnosia, psychology