Born in the rural town of Tapon Norte, San Jose, Negros Oriental in central Philippines to poor parents, Asst. Prof. Brenda R. Boladola started her life as a poor kid who had to help her parents earn a living while also juggling time for school.

With her father a manangguite (one who harvests tuba, coconut wine), she would help deliver tuba to on her way to school. Since her dad also made amakan which is a mat-like handwoven material often used as walls in homes in the rural area, she would also help out.

The fifth of seven children, she also helped out their mom with her work as laundrywoman. Thanks to the government’s “Study Now Pay Later Program”, she was able to take up Bachelor of Science in Chemistry at Silliman University, a prestigious university in Dumaguete City, Negros Oriental. 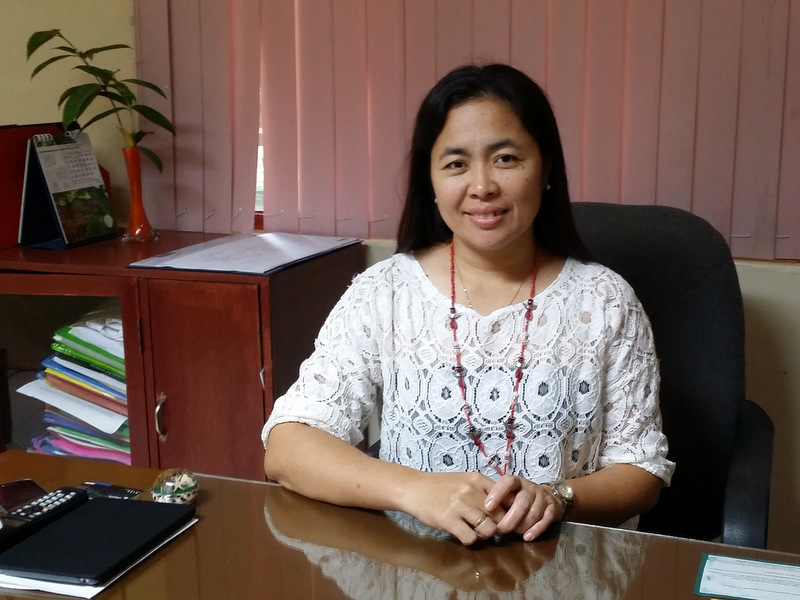 Even as a college student, she did laundry and sold peanuts to earn additional income. She graduated in 1996 and would soon become a teacher. She married band instructor and fellow teacher, Mr. Absalon Boladola.

Today, Asst. Prof. Brenda R. Boladola holds the position as the Principal of the Junior High School at Silliman University!

Who would have thought that a girl who began her life as a kid helping out her parents as laundrywoman and tuba delivery girl would become a principal in a prestigious university someday?

Truly, she is an inspiration to many kids out there whose futures appear bleak because they are poor. Indeed, nothing is impossible if you just try your best and let God do the rest…

What is Silliman University?

Silliman University is a private school in Dumaguete City in Negros Oriental, central Philippines established by American missionaries on August 28, 1901.

According to Wikipedia, “It is registered as a National Landmark by the National Historical Institute and is one of few private higher education institutions in the Philippines that have been granted full autonomous status by the Commission on Higher Education.”