So, everyone must have watched “Squid Game” or heard about it, considering it’s now the “most viewed” show in Netflix with over 111 million views. But many are wondering whether the tug-of-war strategy by Seong Gi-Hun’s undergo team will really work in real life. Do you think it will?

Spoiler Alert: If you haven’t watched “Squid Game” then you should be warned that there might be spoilers in this article.

Now, if you’ve watched the show, then you must have felt everyone’s fear and anguish upon learning that Gi-Hun’s team (with an old man and two small girls) are up for a game of tug-of-war with an all-male team. 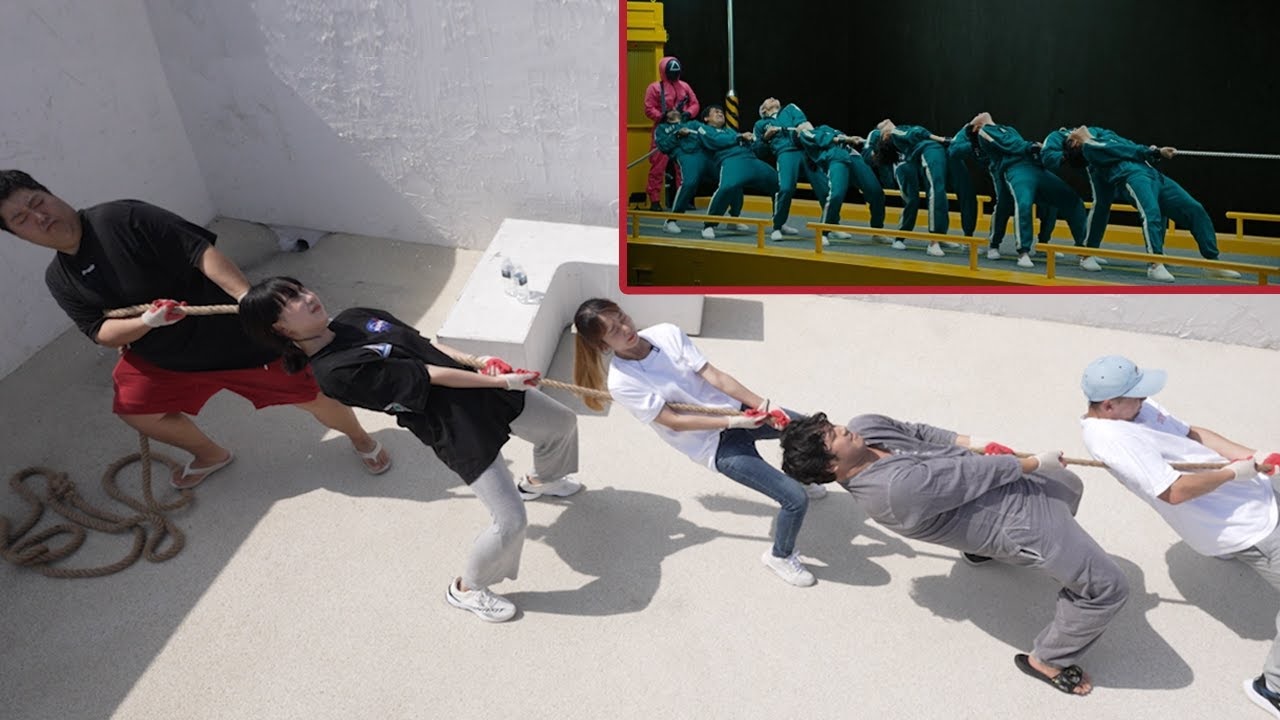 What were the odds that they would win that match, huh? But they did! Thanks to the strategy of the old man Oh Il-Nam and the last-minute trick of Cho Sang-woo.

The old man’s strategy was simple but he boasted that it would make any team, despite being the underdog, win any tug-of-war game against a stronger team:

After being taken aback by the element of surprise, the other team is supposed to feel so frustrated that they would lose.

But in “Squid Game”, the element of surprise worked for a few seconds yet the team still nearly lost – until Sang-woo told everyone to collectively move three steps backward at his signal.

Still, many were curious if the old man’s strategy will really work in real life. So, watch this video to find out:

The following Korean children’s games were included in the “Squid Game” show: