Home
Lifestyle
Food
If a Fly Has Landed on Your Food, Should You Throw It Away?

Capable of carrying pathogens that cause over a hundred human diseases such as cholera, typhoid, and dysentery, houseflies are dreaded creatures that usually land on disgusting things like dead animals, decaying organic waste, and feces.

Deemed as pesky insects, houseflies are also attracted to our food. Knowing that houseflies pose serious health risks to humans, many would resort to instantly throwing their food away once they spot these creatures wandering in their food. 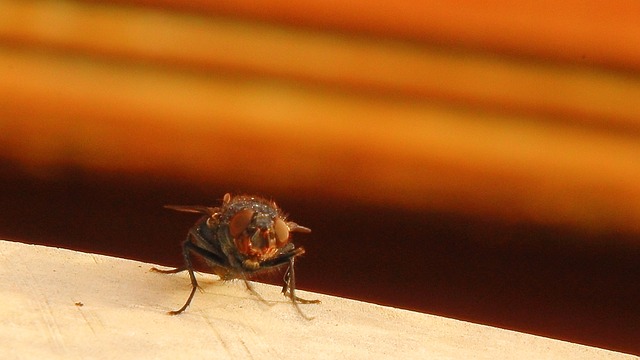 But according to iflscience.org, a single touchdown by a fly on your food doesn’t necessarily mean you should dispose it. It is unlikely to cause illness for an average healthy person.

To help prevent contamination by flies, cover your food while preparing, cooking as well as serving outdoors. Don’t leave leftover food uncovered sitting outside for the flies to attack. Minimize the garbage inside your house and see to it that garbage bins are routinely cleaned and animal waste is regularly cleaned up. Put screen on your windows and doors and use a fly swat or insecticide sprays.

A 2014 study has revealed that the genome of houseflies will have great implications for human health.

A global team of scientists have identified the genes that make houseflies immune to pathogens they carry. According to the study’s lead author Jeff Scott of Cornell University, houseflies’ completed genome can serve as a tool for researchers in developmental biology, immunity, toxicology, physiology and sex determination.

Based on the results of their study, the housefly’ genes that protect it from the diseases it comes in contact with may have the potential to protect humans as well.