One husband who keeps saying he has no money when his wife asks was recently outed after their cat exposed his secret stash! LOL.

A woman named Bow Kanuengnuch shared that when she asks her husband for money to pay for various household expenses, he would often say he doesn’t have any. Now, many wives could probably relate with that – but no secret is ever left a secret for long.

Her husband was out one day when Kanuengnuch heard something fall in the living room. When she went to check, she had a good laugh at their cat who looked rather innocent at the mess it had caused on the floor. 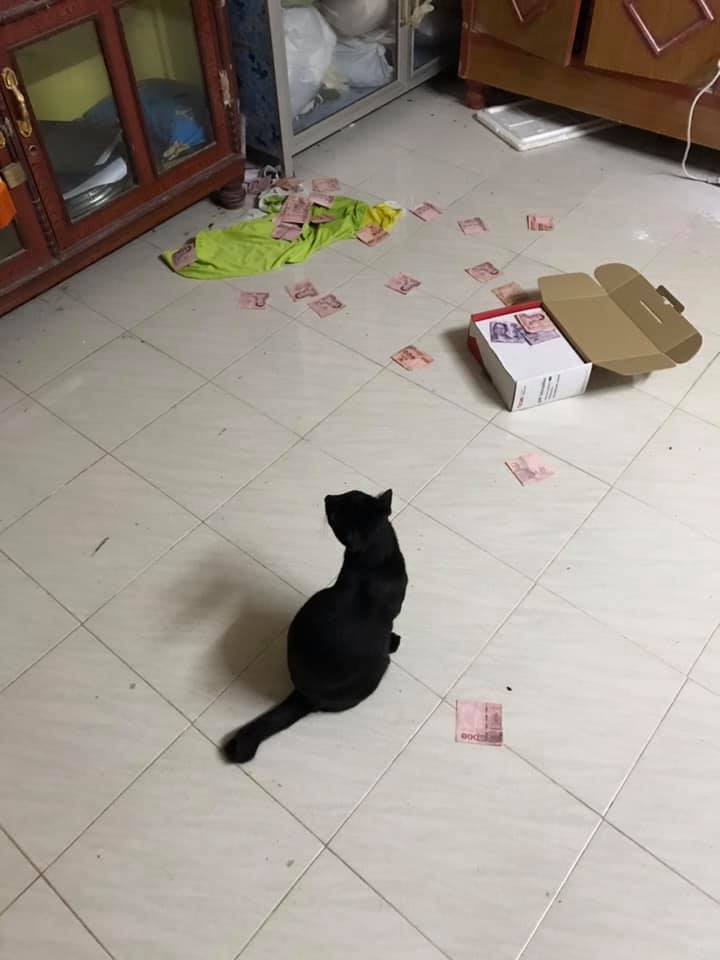 But what really had Kanuengnuch laughing is that the cat had actually exposed her husband’s secret stash of money which he hid in a box up the cabinet in the living room.

“My cat jumped on top of the cabinet and pushed over a box that my husband hid there,” Kanuengnuch wrote on Facebook.

While the money isn’t really that much, it was still a secret stash that could have paid for the household expenses Kanuengnuch had asked her husband to pay. Ooooops.

This led a number of netizens to comment that the husband could now be in deep trouble for not telling the truth and for hiding the money from his wife! Uh oh. 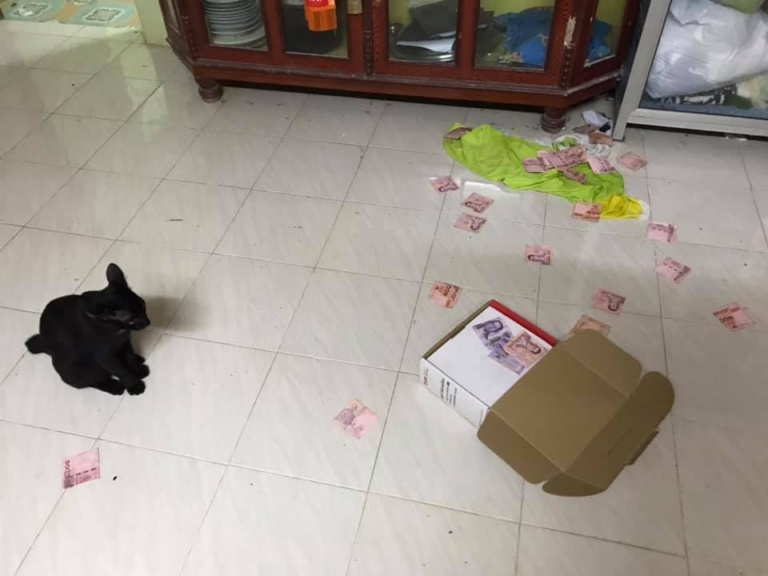 But it seems that Kanuengnuch found the discovery hilarious as she appears to be in a good mood when she posted the photos. Many netizens think she will surely get the money and pay for the household expenses she had asked her husband for – and perhaps she does deserve that, huh?

Best Place to Save Money

Did you know that a lot of people don’t have a bank account, for various reasons? Many believe that the bank is not the best place to save money due to the many charges that banks imposes, including when the account falls below maintaining balance, when you withdraw from other banks’ ATMs, and other fees.

There are many people who believe that saving money in piggy banks or boxes at their homes is a better choice; however, that also has its perils because someone could easily get that cash or the money might no longer be valid if it gets demonetized but you forgot to have it exchanged to the new bills!