Noelia Garella from Cordoba in Argentina had always wanted to be a teacher but because she had Down Syndrome, everyone thought she wouldn’t be able to do it. As a child, she was teased and rejected as a “monster” but this did not stop her from enjoying life and eventually living her dreams!

She went to school and learned as much as she could – and by 2012, she obtained her license to be a teacher. But acceptance did not immediately come for Garella. While she now has a license to teach, it was a struggle to find a school who would accept her as teacher.

Living in Argentina, her challenge was definitely huge because there has been wide debate over whether children with Down syndrome should be allowed in public schools – if the people were debating about accepting students with Down syndrome, it would surely be harder for people to accept a teacher with Down syndrome! 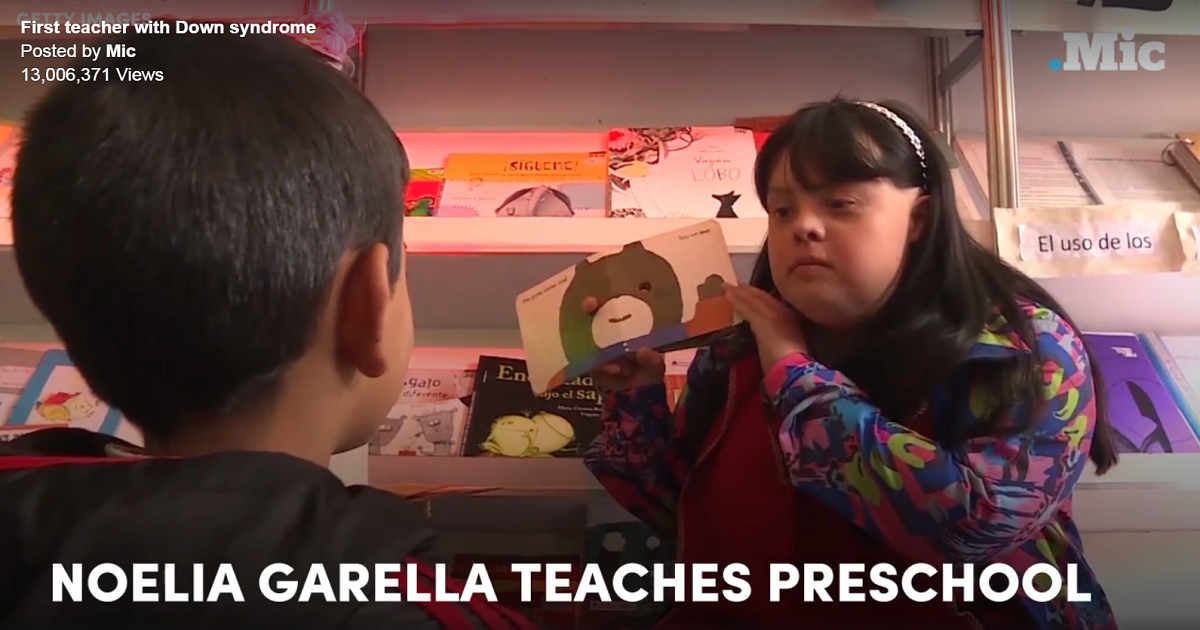 Indeed, when someone finally accepted Garella as teacher in the Cordoba public education system, several parents and even school staff tried to prevent her from teaching! One principal called her a monster.

But school director Alejandra Senestrari staunchly stood by Garella’s side and defended her from critics. She revealed, “With time, even those who had been opposed joined in the initiative to hire Noe [Garella] as a teacher. We very quickly realized that she had a strong vocation. She gave what the children in the nursery classes most appreciate, which is love.”

The current director of the Jermonito nursery where Garella is teaching, Susana Zerdan, said, “It has been a unique experience for the staff. The way the children accept her, incorporating her naturally into the school – there is a lesson in life there for us all.”

As for Garella, she truly enjoys what she is doing. She said, “I always feel good with the children. Their parents love me and the other teachers and principals I have had are wonderful.”

What is Down Syndrome?

Down syndrome is a genetic disorder characterized by mild to moderate intellectual disability, characteristic facial features, and delays in physical growth. Most young adults with Down syndrome have an IQ equivalent to a 9-year-old child.