Have you ever wondered how our sky would have looked if our moon was much larger – or if we had more than one in the sky? Now, how about if one the planets in the solar system replaced the moon? How would it appear in our sky?

Well, the laws of Physics will probably get in the way, leading to the Earth being destroyed by the gravitation pull of the giant planets. If a planet was as close as the moon, the Earth could even be captured in its gravity and become its moon!

Life as we know it would have been different if such were the case…or life on Earth would be obliterated and may not even have existed!

Let’s forget about the laws of Physics for a while and just watch this video without thinking about gravity, magnetic fields, etc.

The sky is beautiful with all its stars, the sun, and the moon but did you know that the moon is not as close as you think it is? In fact, all the planets in the solar can fit in the space between our moon and the Earth!

Now, the space is truly an amazing thing – full of wonders that might be explained by Science but continues to give rise to more questions. 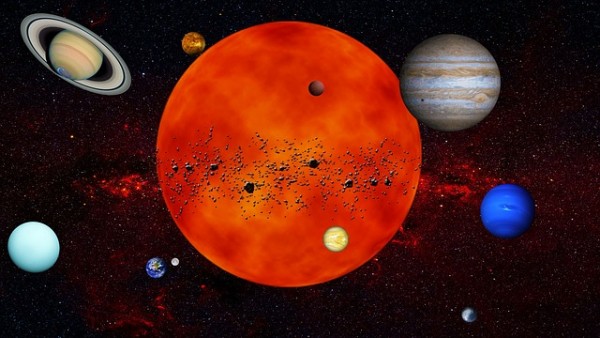 If you think the Earth is large and impossible to explore during a person’s lifetime, just imagine how it would seem if we were living in Jupiter, instead.

Anyway, it would have been fun to have a planet be as close to us as our moon…If I were to choose which one of them I want nearby, I’d surely pick out pretty Saturn.

Share this:
Tags:earth, How the Sky Might Look if the Planets Replaced Our Moon, moon, solar system, sun