We really can’t speak for homeless people but many believe that if you’re homeless, then food and shelter should be your top priority just in case you get extra money but one woman proved that sometimes, it’s not the material things that really matter.

YouTuber Das for K3TV Show approached a woman sitting outside a building in Santa Monica, California one day. After a brief conversation, he learned that she’s homeless.

Since the team was actually doing a social experiment that day, Das told the woman he’s giving her $283 cash for her spend on whatever she and her son needed so they won’t have to stretch their finances too thinly. 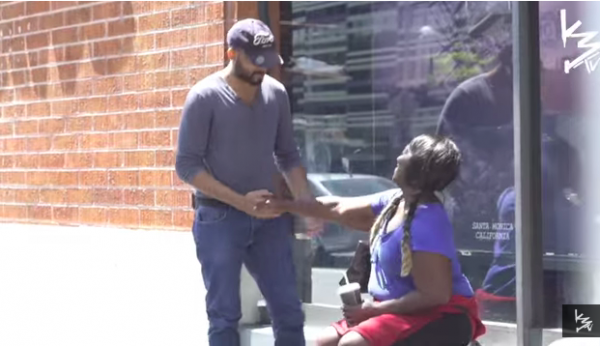 The woman didn’t want to accept the money at first but Das insisted that she take it. She gave him a hug and expressed gratefulness for receiving the good fortune that day.

Das left the woman but the crew stayed behind, quietly filming what happened next. They trailed the woman to see what she would do with the money.

First, the woman went to a clothing store. She didn’t appear to buy anything from there. Then, she went to a café to indulge in some ice cream before hitting more stores but she did nothing more than do window shopping.

After some time, she went to a quiet part of Santa Monica and the crew watched as she entered an animal shelter. Some 45 minutes later, she came out carrying a puppy! With the money she received that day, she could have gotten clothes and food for her and her son but she chose to adopt a puppy instead. 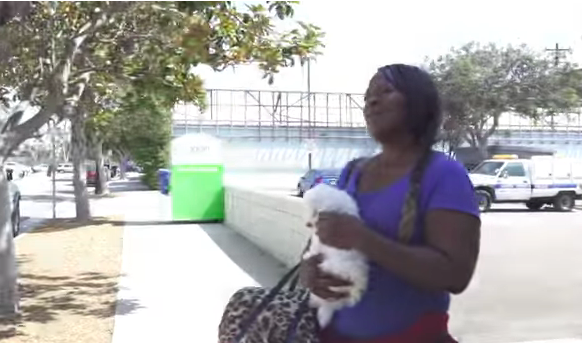 When Das confronted her, she told him, “I just… I don’t know. Out of everything that I’ve seen today, it seemed much more… caring to have a dog.”

For being compassionate, the show’s producers decided to give her more. They bought supplies for her dog and gave her more money.

The choice received mixed reactions from netizens, with some calling her decision unwise as the dog would surely be another mouth to feed. However, others said it just isn’t about the money but the longing for companionship that made her get the dog.