A homeless man celebrates birthday party for dog – and the sweet video quickly went viral, touching hearts across the globe. He could barely buy food for himself but this homeless man makes sure his dogs are loved and taken care of…

While dogs are long known as man’s best friend, many are actually treated like nothing but guards at home.

But it’s sweet to know that there are a lot of dogs that are treated like their human’s family members. 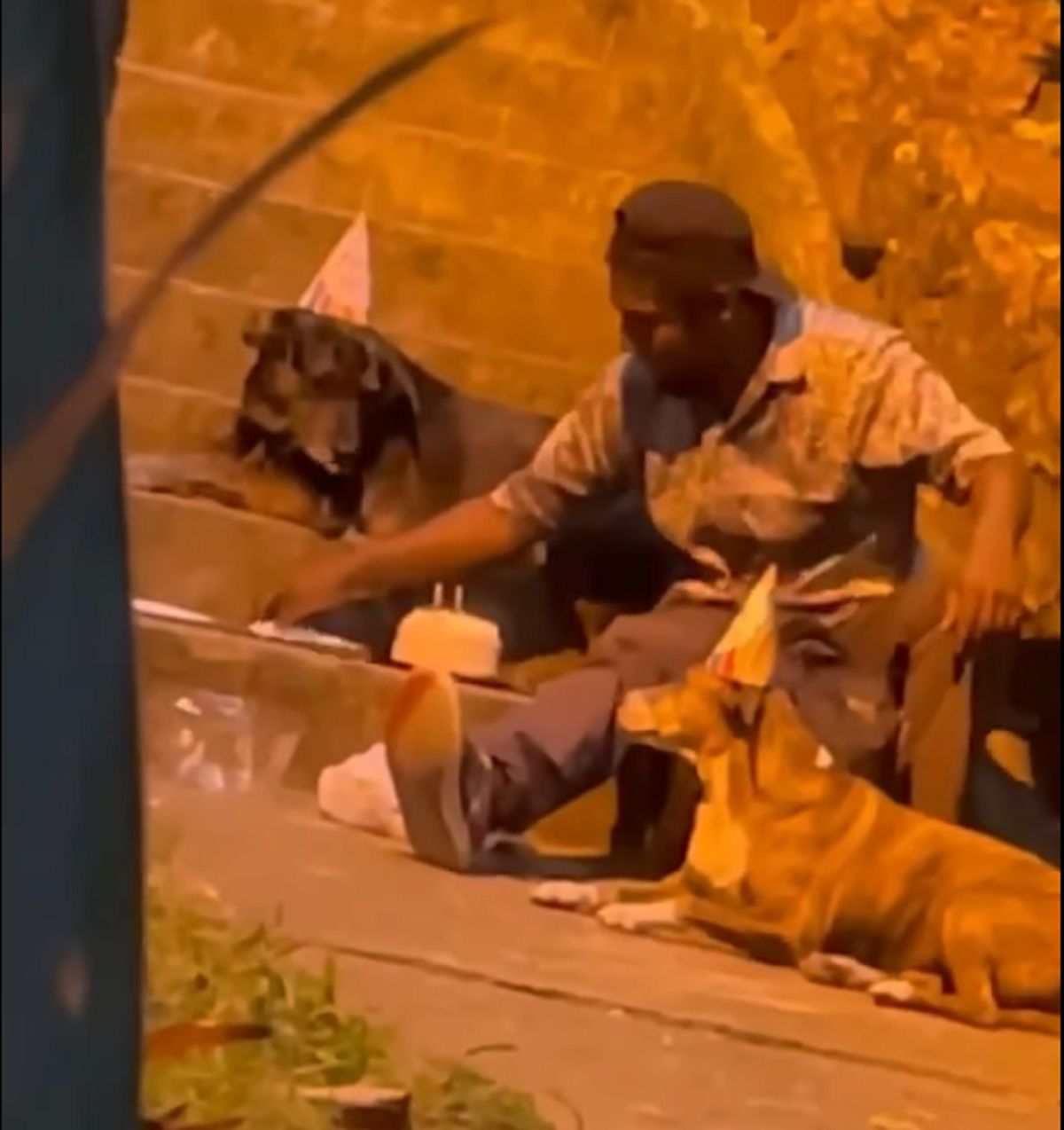 Take for example this homeless man named Choco who celebrated his dog’s birthday with a small party at the steps of the Bucaramanga town square in Colombia.

In a video shared by David Guerrero, a human rights activist, Choco could be seen setting up a mini birthday for one of his dogs, Shaggy. His other dog, Nena, also got to enjoy the little party.

From a distance, the homeless man could be seen carefully preparing the cake and lighting the candles up for the birthday boy. 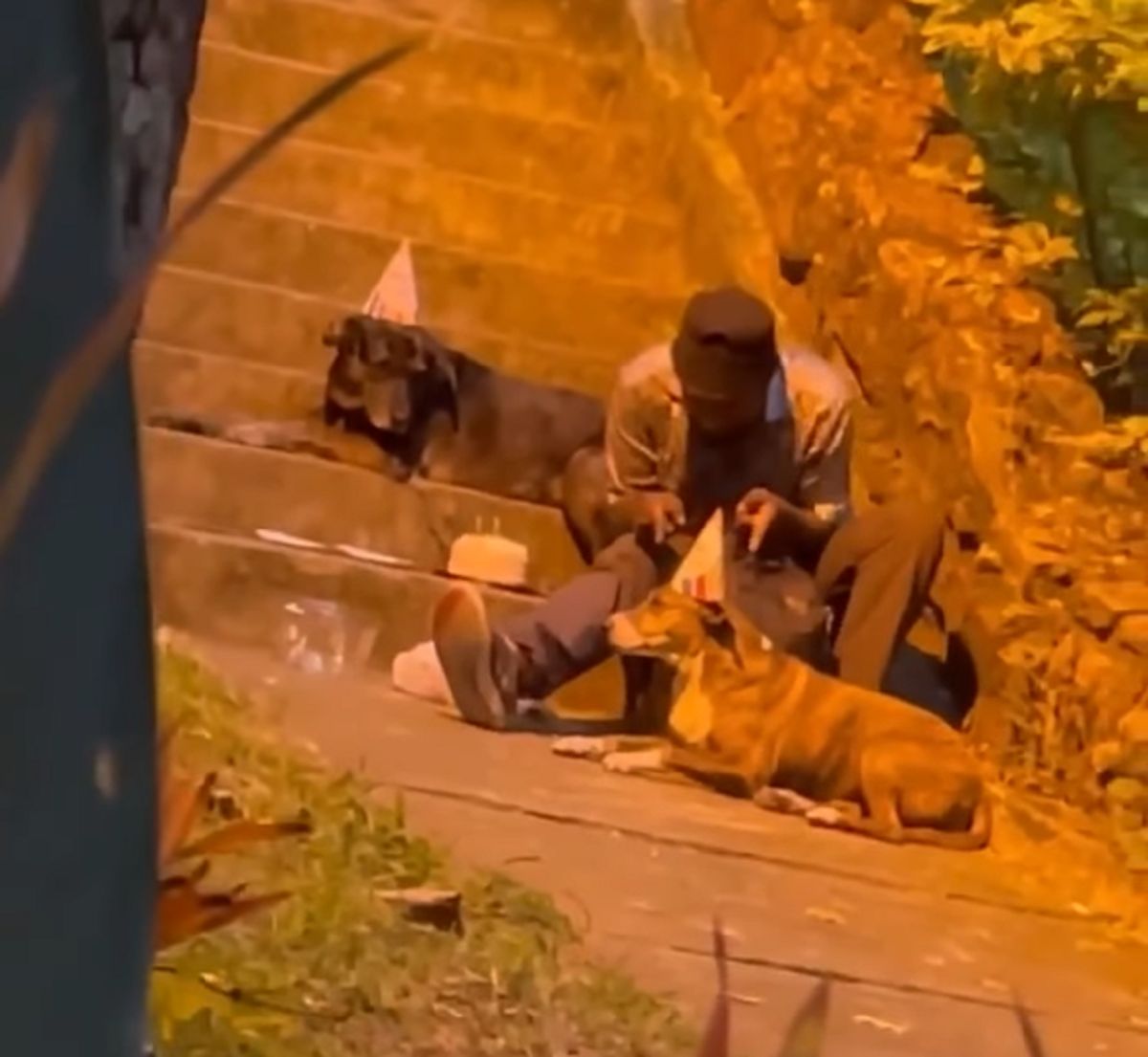 He sang a birthday song, kissed his dogs, then blew out the cake. Instead of eating the cake by himself, Choco made sure to slice it up and give his pets’ share first.

It was only after he got the dogs their cake slices that Choco got one for himself.

As he ate the cake, Choco turned emotional and could be seen wiping tears from his eyes and giving his pets more hugs and kisses.

Touched by this sweet moment, the human rights activist decided to find the homeless man. He learned that Choco considers Nena and Shaggy as his family. 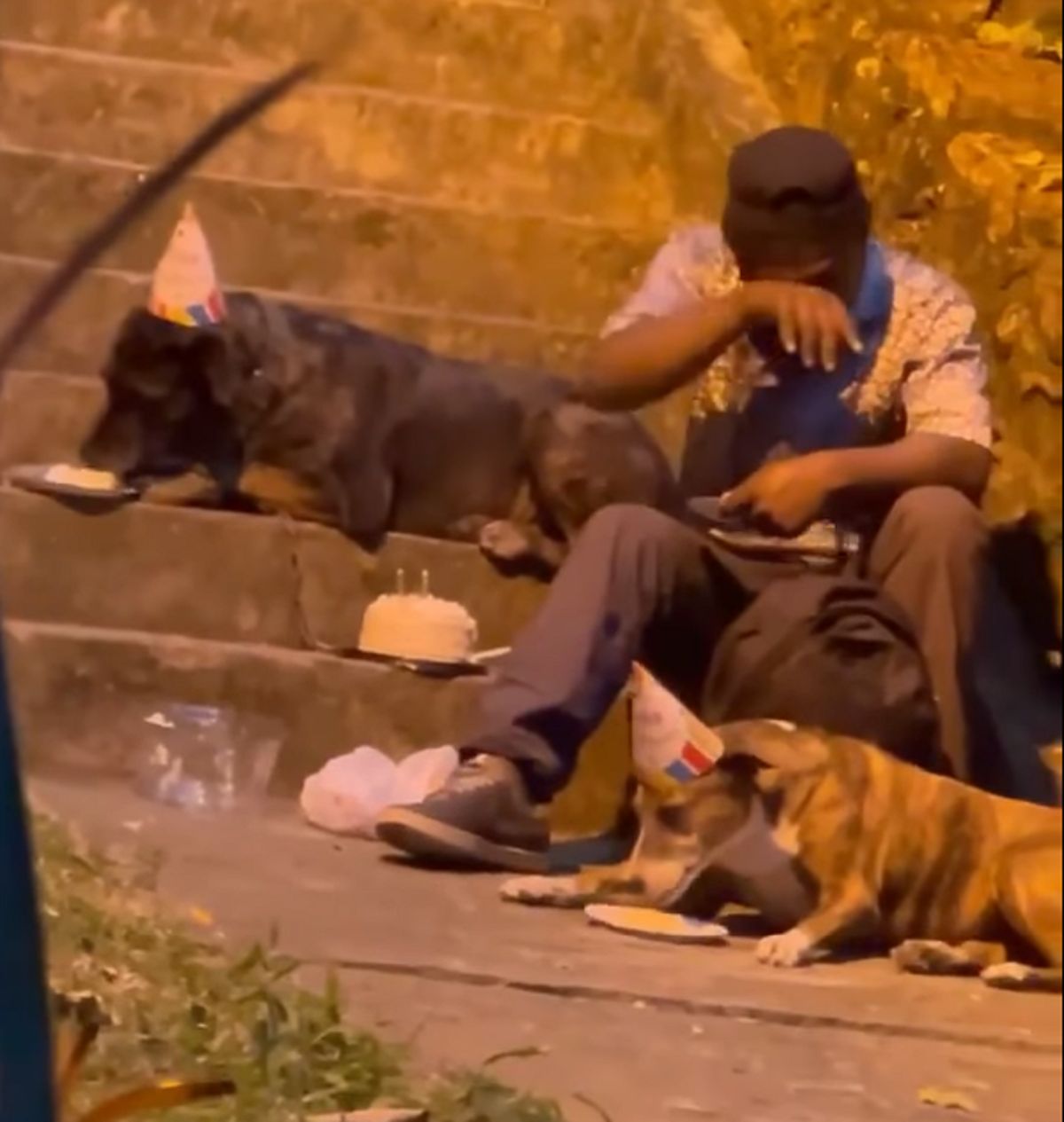 Instead of just giving him money, Guerrero helped Choco find a job. He even helped the homeless man finally find a home where and his two dogs can live in peace. Isn’t that so wonderful?

Netizens are hoping that Choco’s life will turn around after this and that he’ll never have to celebrate his dog’s birthday party in the streets again.

Dogs don’t usually get to have a party but if you’re planning on one for your fur baby, here are some ideas: