Right after tying the knot, Clayton Cook and his new wife Brittany Cook were having their official post-nup photos taken at a park bridge at Cambridge in Ontario, Canada when he suddenly bolted away and took a dive in the river.

“I look over and I see Clay in the water and I think, what is he doing?” the confused bride wondered.

But Clayton was not horsing around or trying to ruin the photoshoot. He was actually saving the life of a kid he doesn’t even know! 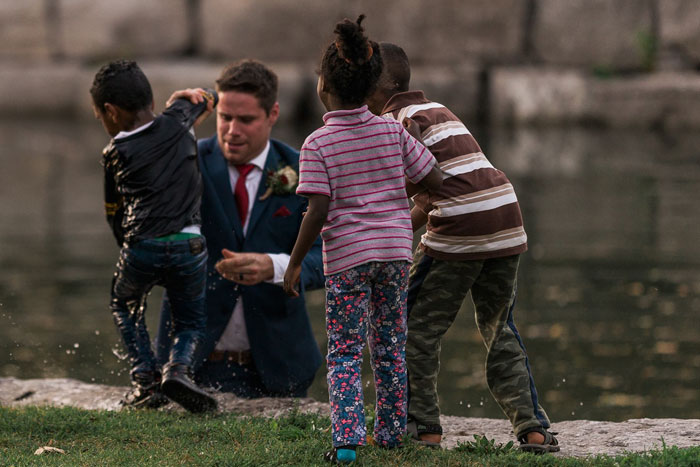 According to him, the child appeared to have been pushed by another kid into the water. Seeing that the boy was struggling in the water, the groom didn’t think of calling someone else to help the child. He just jumped right in.

“His face was underwater and he was fighting, like he was really fighting. Luckily, he was only a little guy… and I honestly just sort of hopped him up,” he revealed.

Photographer Darren Hatt noticed the commotion and immediately took some photos of the groom – for what better way to celebrate a wedding than to save a life, right? 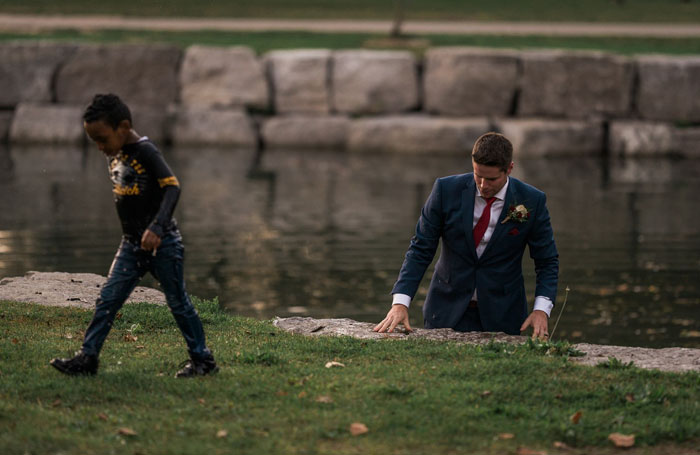 According to Darren, he was taking solo photos of the bride when the incident happened. He also revealed that the child was alright and was later taken home by an older sibling.

It is unknown why the kids were playing at the park by themselves or where their parents were at the moment but everyone was just thankful that Clayton was there to save the day. 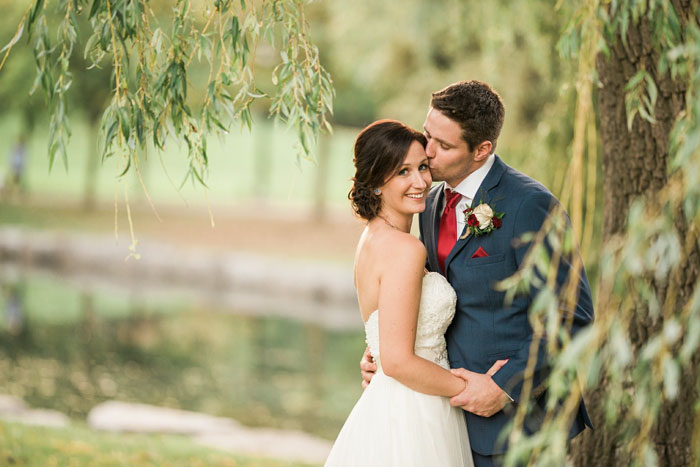 As for the bride, she didn’t feel angry that her groom left her and ruined his suit in the river. She was, in fact, proud of him and thrilled that he did something awesome on their wedding day.

“That’s Clay, like that’s Clay to me. It’s something he would just instinctively do. It was like fate almost, we were meant to be there,” she mused.