It’s not unusual to see cats sneaking into your bed and sleeping beside you or the kids. But have you ever seen a pet fish do that? Well, these photos will surely surprise you!

What pets do you have at home? Most people have dogs or cats, even both. Some have birds and fishes.

Everyone knows that dogs and cats can be so sneaky in terms of bed space, sometimes curling up with their humans for some cuddles or taking their bed because it is more comfortable. So, you’ve probably seen a lot of photos about dogs or cats in a sweet embrace with their humans. 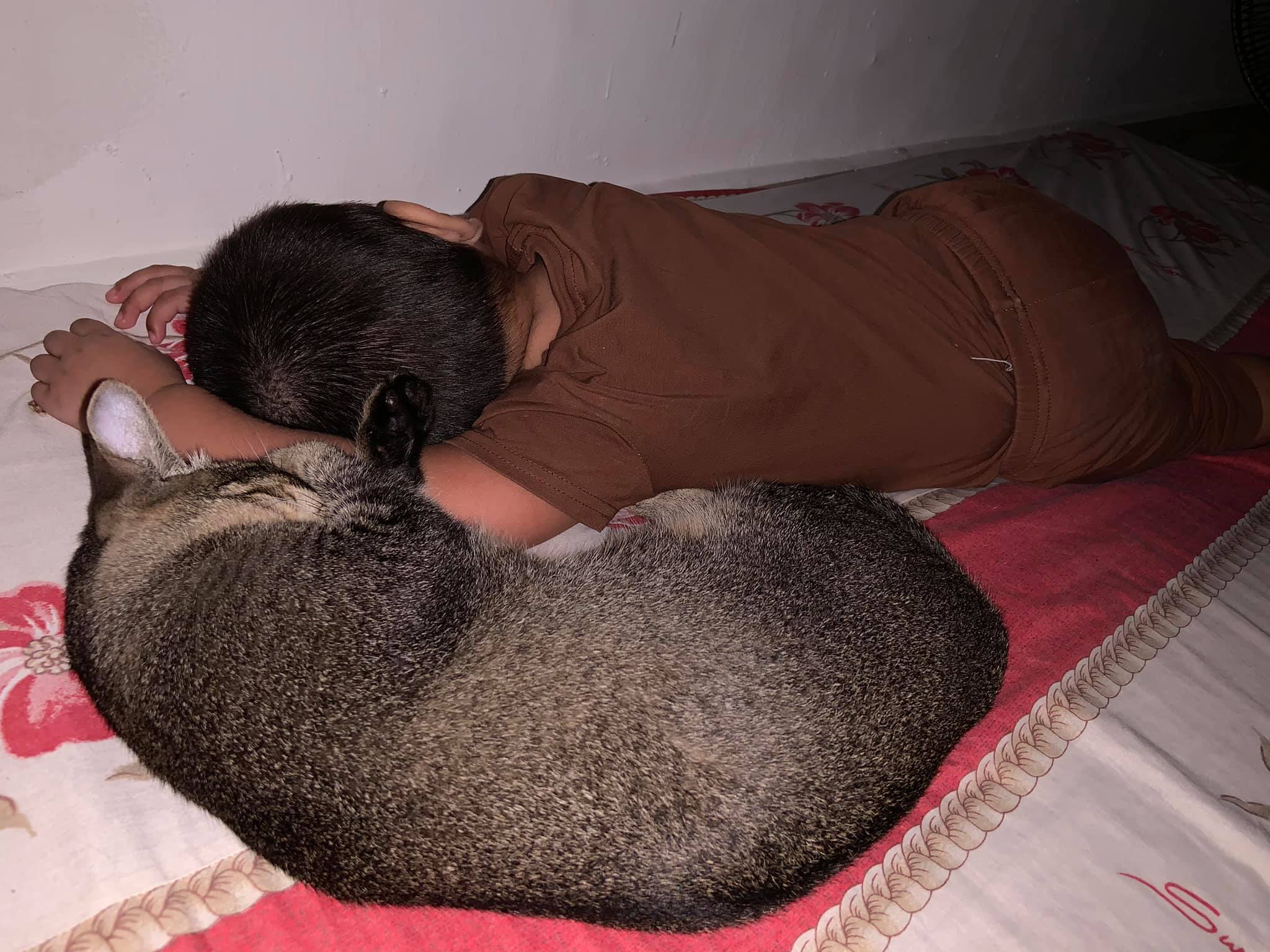 Now, fishes, birds, snakes, and other pets that people keep in their homes usually stay in their designated spots. But one mom in Kota Kinabalu, Malaysia was amused to see their pet fish constantly cuddling with her son when he sleeps! A fish!

Sharing the strange photos on her Facebook account, mom Bieesya Baieesya said that she was quite amused with how their pets cuddle with the kids. While it is natural for the cat to be in that position, of course, she was surprised to see the pet fish there. 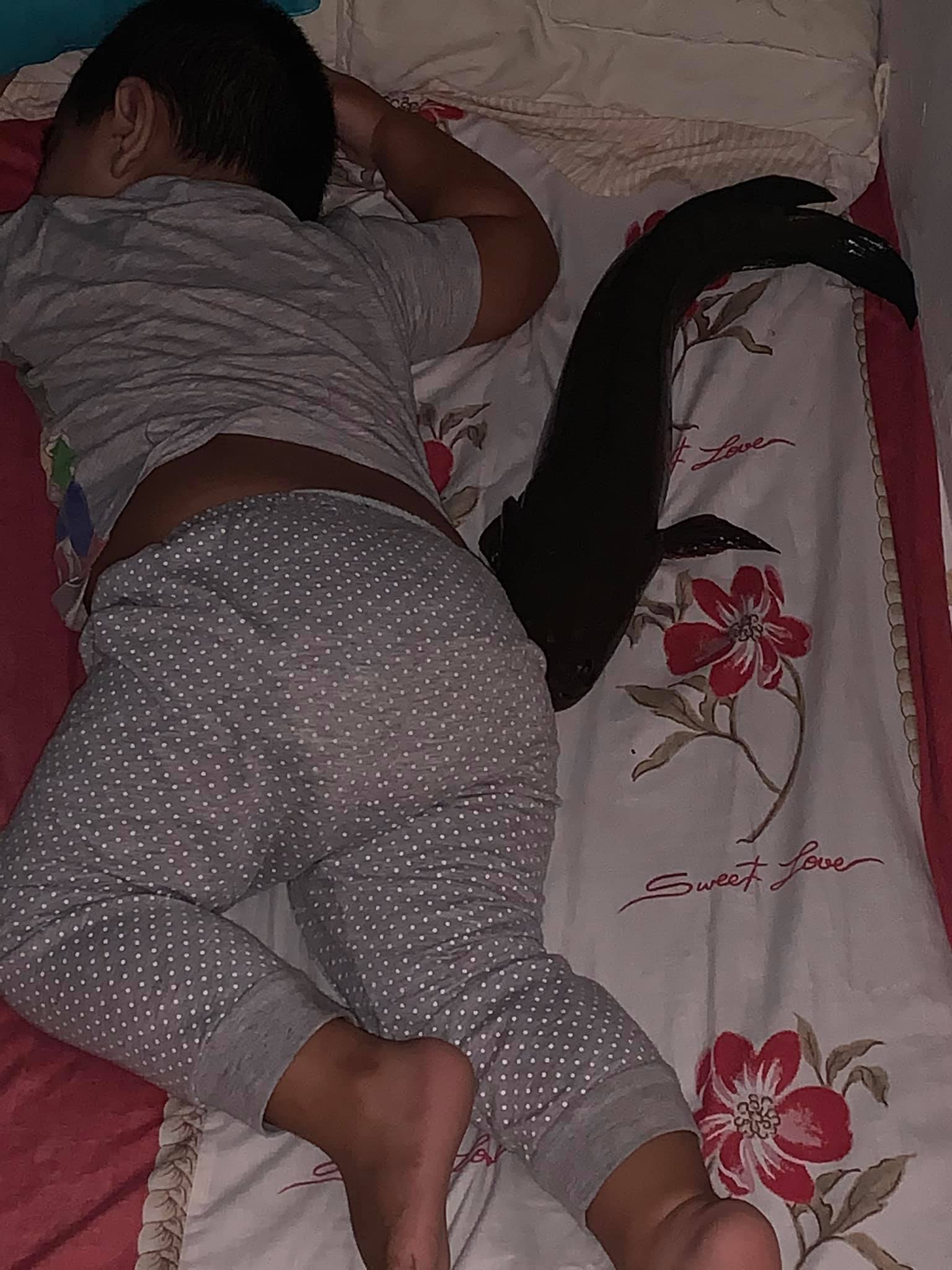 This mom has two kids – and the cat alternates sleeping with either kid but it is always with the boy that their pet fish would sleep with. Apparently, the fish’s aquarium is near the boy’s bed.

But many people were skeptical whether this is a real fish or wondering how on Earth that fish keeps going to the kid. Baieesya explained that this fish is actually a snakehead murrel fish. It is a type of mudfish that can survive for some hours on land! Wow. 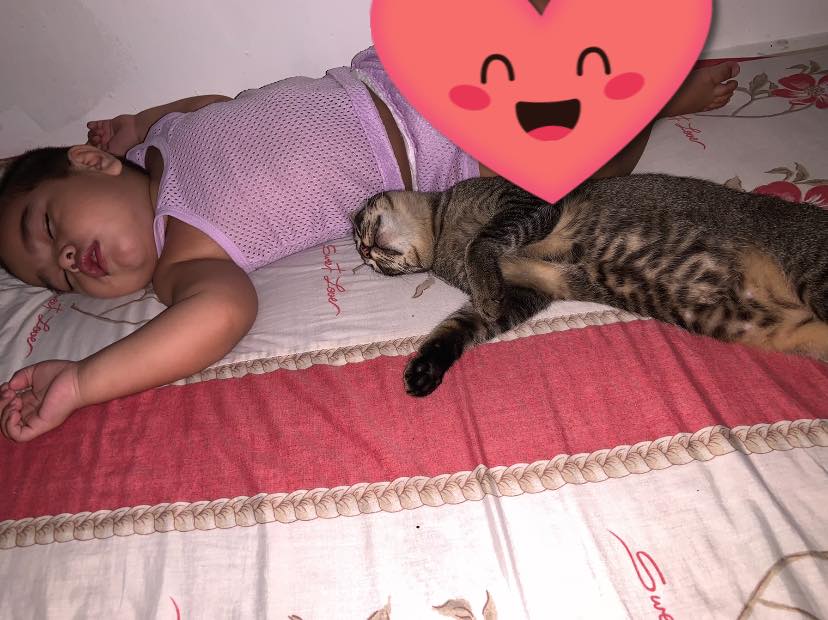 She added that they had actually found the fish by a railroad track and brought it home. But she didn’t really expect that the fish would also cuddle with her son like it’s a cat. LOL.

A mudfish is a species of fish that can actually survive a long period of drought but burrowing into mud; thus its name. They are often found in swampy lands or rivers and can grow up to 12 inches long.