A grateful dog won’t stop hugging people after getting rescued. The sweet reaction has gone viral, with many people commenting how wonderful it is for this dog to show love for the people who rescued him.

Toro is a dog who got rescued by volunteers at the Town of Hempstead Animal Shelter from an empty house. The dog was left there by itself for weeks, with no food or water. It was chained to the fence and could not even go out to find its own food in the streets. 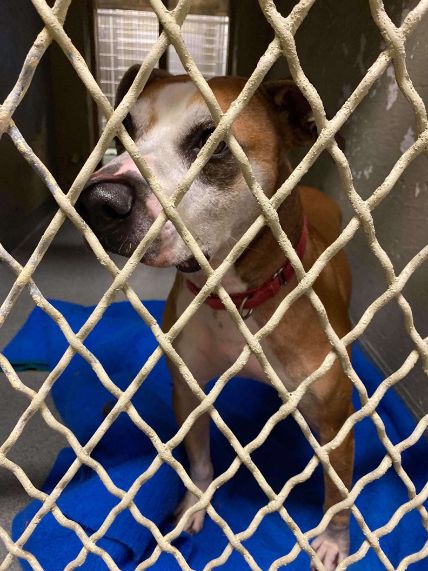 The rescuers believed that he had been chained to that fence his entire life.

Kennel and placement supervisor at Town of Hempstead Animal Shelter Melissa Fogarty shared that the dog appeared to scared of people when he first arrived at the shelter. 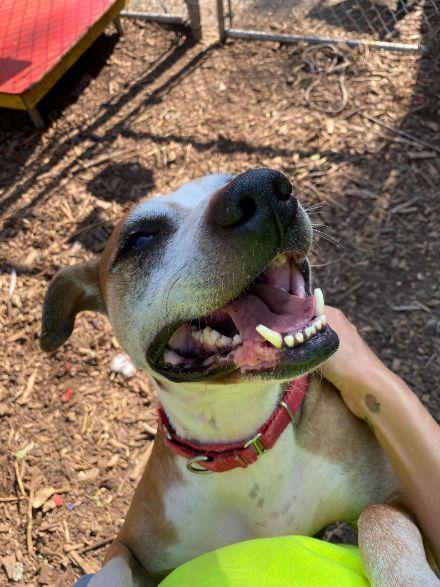 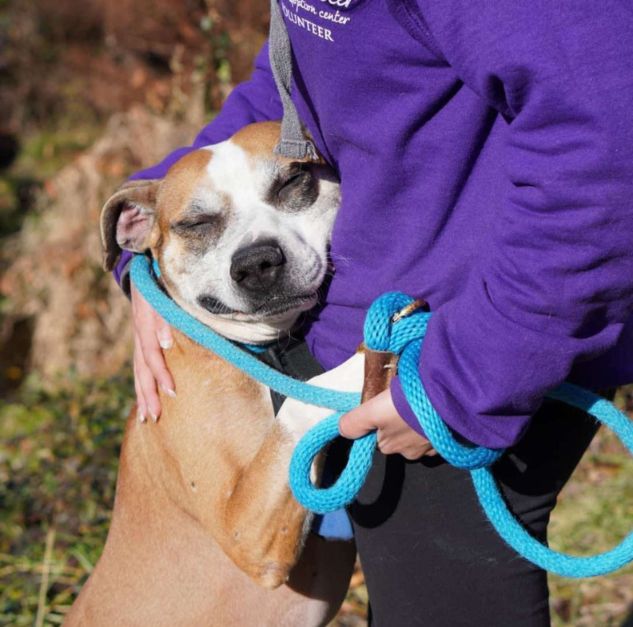 “When he first came in, he was very nervous and shut down. He’s become more comfortable with people he’s used to, but is still a bit nervous in the shelter setting,” she said.

Though he was scared at first of the people at the shelter, Toro would soon warm up as he appeared to realize that they are trying to help him. Soon, he was giving everyone lots of hugs! Every single time he gets out of the kennel, he would hug all the people around him. 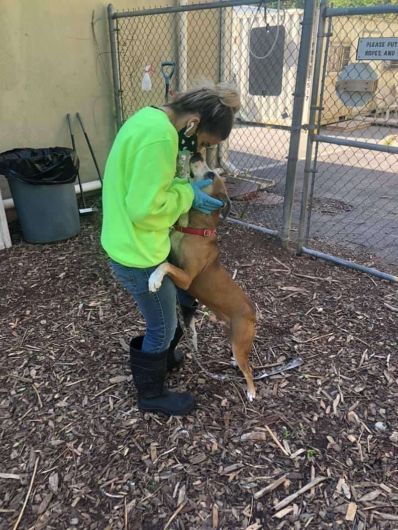 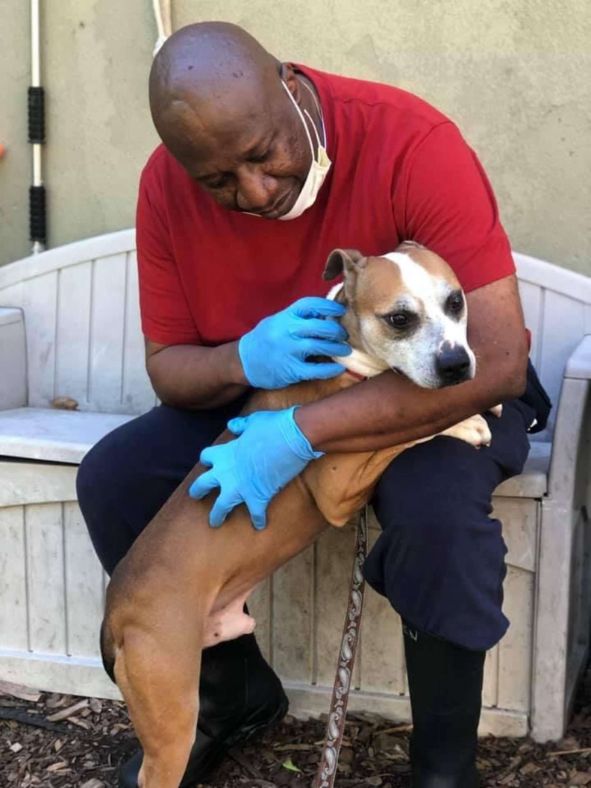 “I was probably one of the first people to take him out for an actual socialized walk when he came in. The hugging happened probably within 15 minutes of having him out loose in our side play yard. He just kind of crawled up to me, climbed on my lap, and pressed himself against my chest… from there it grew and now he hugs all his friends here,” Melissa explained.

“Every time he comes out of the kennel, his first reaction is to hug the person walking him, and anyone, really, he comes in contact with.” 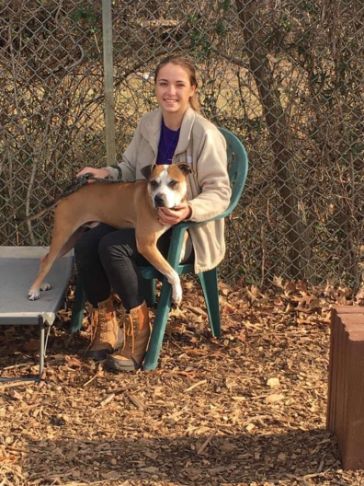 Because he is a pitbull, Toro hasn’t been adopted yet since he was rescued as people were more afraid of his breed despite being told that he loves giving everyone hugs. As a precautionary measure, however, the shelter ruled that he should only be released to an adult-only home where he can receive basic training for following the house rules.

The shelter remains hopeful that he will get adopted soon, adding that though he is a pitbull, he is among the most loving dogs in the shelter who can’t stop giving everyone hugs. 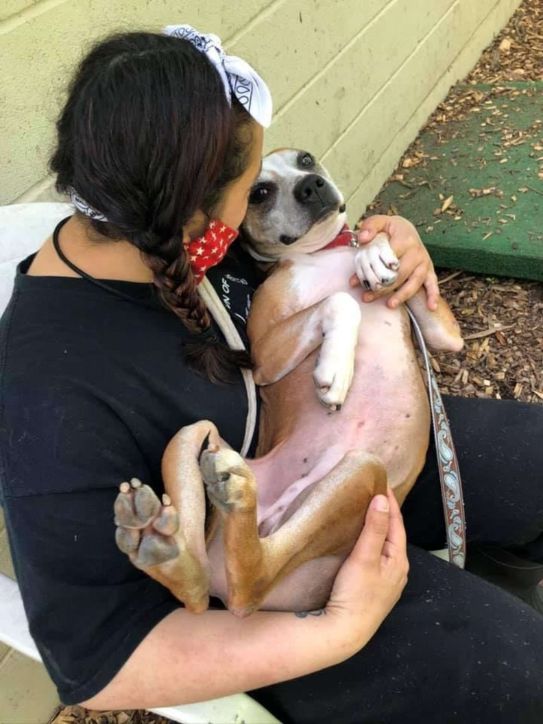 If you’re planning to adopt a pitbull, know that like any other breed, it can be untrustworthy with other dogs in the house. It might be less social than other dogs but a lot of owners claim that pitbulls are so loving and could actually be called a “social butterfly”.

In adopting one, prepare to defend your dog from negative comments about people who think all pitbulls are bad. It is suggested that caution should always be exercised with your newly adopted pitbull but don’t forget to shower it with lots of love.