Jonny had been leading the triathlon and was set to win as the rest of his opponents were several meters away but the heat was just too much for the runner; just a few feet away from finish line, he could be seen swaying and looked like he would collapse any second. Clearly, he won’t be able to reach the finish line.

But big brother Alistair was just a few meters away. Upon seeing his brother about to collapse, Alistair abandoned his chance of winning the race by stopping and helping Jonny out. South African Henri Schoeman was able to overtake the brothers, reaching the finish line first. 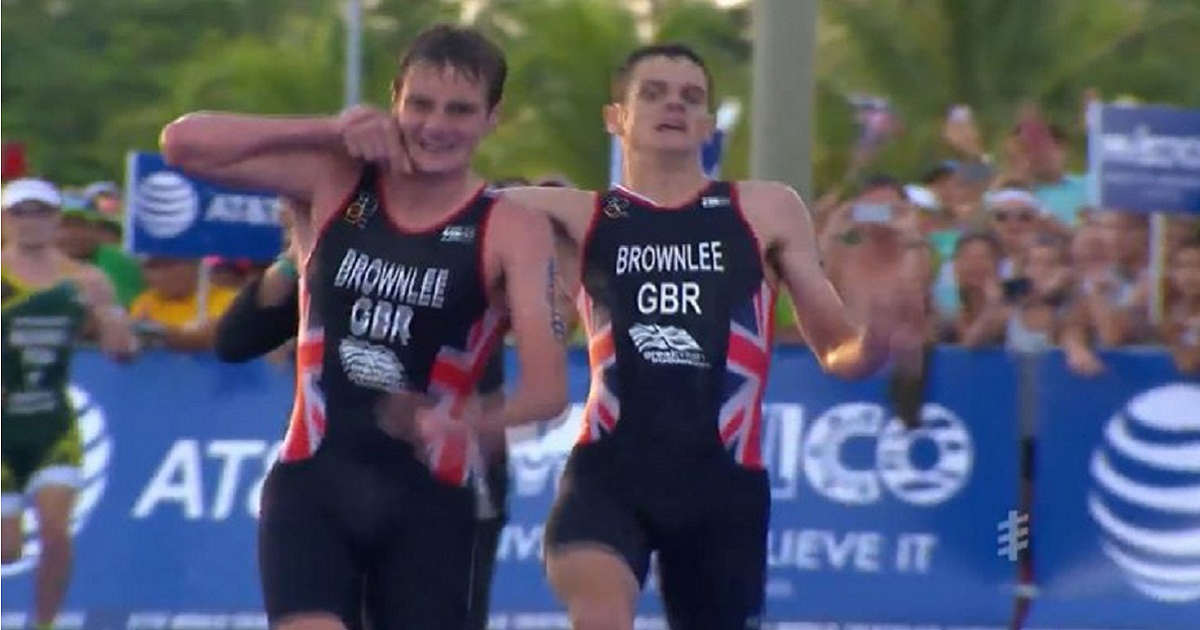 But Alistair was more concerned with his brother. Just before reaching the finish line, Alistair let go of his brother and gave him a gentle nudge that let the younger sibling win second in the race, before stepping over the line himself to win third place.

Jonny collapsed and needed medical attention afterwards but his big brother’s selfless act ensured that he did not just finish the race, he also did so on second place!

Some of the other racers protested the Browlees’ unusual finish but race officials ruled in the brothers’ favor, stating that under triathlon rules, assistance from other competitors is allowed. Indeed, Alistair is Jonny’s brother but he is also a competitor in the race; thus, his help was valid – and even if the two had been disqualified for the act, this would still be one of the most beautiful and unforgettable moments in that race…

What is a Triathlon?

A triathlon is a multi-stage race which involves three sports events. Usually, competitors compete via biking, swimming, and a foot race but other variations are actually possible, depending on the organizers.