MANILA, Philippines- Sen. Richard Gordon has reiterated the need for a nationwide SIM card registration system to stop prank callers from interfering with the operations of the emergency (911) and complaint (8888) hotlines of the government. In a press release shared on his Facebook account, Gordon is urging lawmakers to urgently pass Senate Bill No. 105 or the SIM Card Registration Act.

The bill, which Gordon filed last June, was created to prevent crime and promote peace and order in the country by requiring prepaid and postpaid SIM card users to register. According to Gordon, law enforcers will be able to identify criminals particularly those involved in kidnapping and estafa through the information obtained from registration. 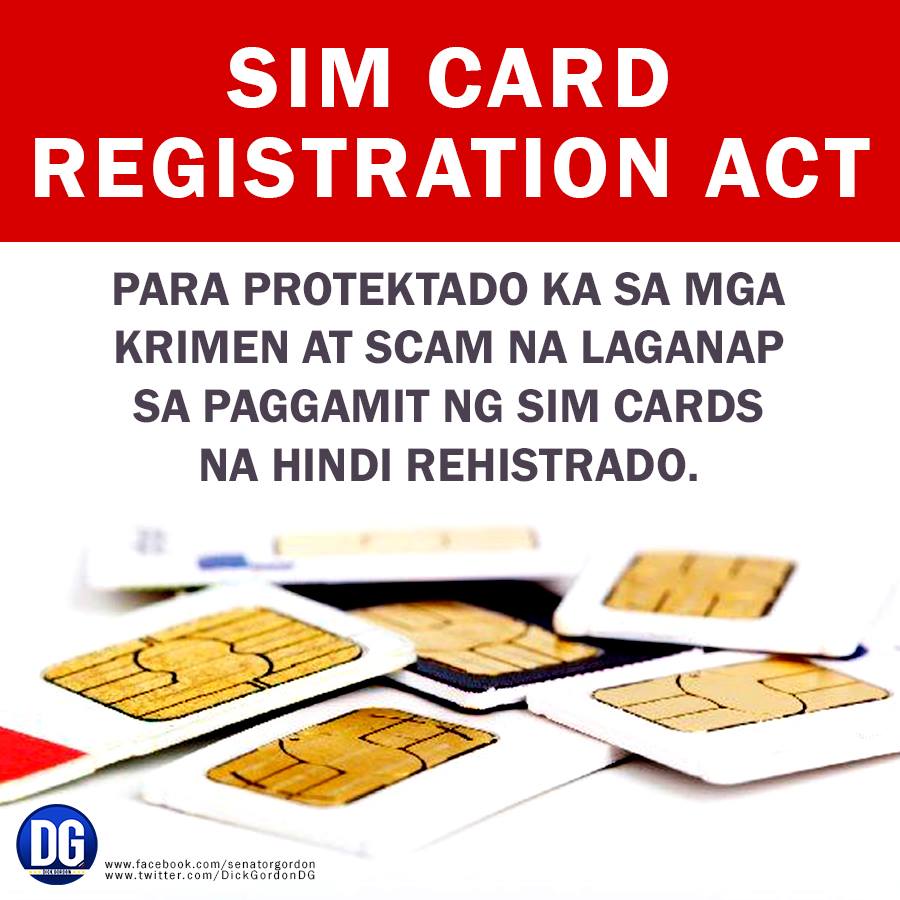 Gordon added that registering both postpaid and prepaid SIM cards will enable authorities to easily identify prank callers who are congesting hotlines.

On its first day of activation, the government emergency and complaint hotlines received a total of 2,475 phone calls out of which 1,119 were dropped calls, 304 were prank calls and only 75 were legitimate calls. Philippine National Police (PNP) Director General Ronald “Bato” dela Rosa vowed to track down and arrest prank callers.

What is a SIM Card?

According to WiseGeek, a SIM card (Subscriber Identity Module) is a portable memory chip used mostly in mobile phones operating on the Global System for Mobile Communications (GSM) network. SIM cards contain the personal information of the account holder such as his or her phone number, address book, text messages and other data.