In her exclusive interview with ABS-CBN News on Sunday, July 24, Arroyo said that her health suffered during her hospital arrest. The 69-year-old Pampanga representative revealed that she is now suffering from hypertension and nerve deterioration, which are new medical conditions she claims she wasn’t suffering before. Previously, Arroyo underwent a surgery to address a pinched nerve in her cervical spine. 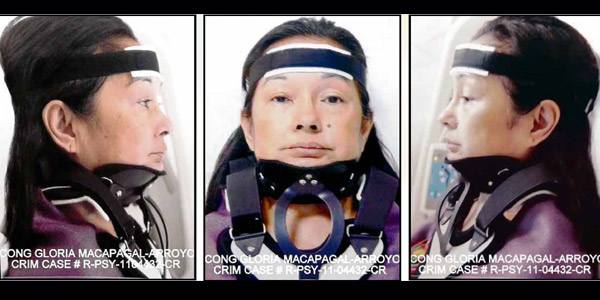 According to Arroyo her condition continues to deteriorate as she experiences severe pain every time she wakes up. Her doctors have advised her to get a second opinion abroad.

“Oh, I have to get a 2nd opinion that I was not allowed to have before so I guess I have this test in St. Luke’s that my doctor has been nagging me about and I hope to get finally a 2nd opinion abroad because if you recall Doctor Anastacio of Makati Medical Center when I did this Anastacio Protocol, which it’s still groundbreaking, it’s not yet mainstream. From his findings, he said I should seek a 2nd opinion abroad…He qualified it very, very, very specifically by a cervical spine purist who does repeat surgery every day, and there’s nobody who does that in the Philippines so I have to seek that abroad,” Arroyo revealed.

In 2011,  Arroyo was prevented from leaving the country for medical treatment after the Philippine government blocked a Supreme Court order allowing her to travel abroad. Former Presidential spokesman Edwin Lacierda said the Palace didn’t allow Arroyo to travel as she is still being investigated for alleged corruption and electoral fraud.

But in a monumental decision by the Supreme Court last week, Arroyo was allowed to leave detention after the high court voted 11-4 favoring her petition to dismiss the plunder case against her.

Why Should You Seek a Second Medical Opinion?

According to Cleveland Clinic, patients should consider a second medical opinion as it can offer more information as well as peace of mind.

By seeking a second opinion, it allows you confirm that your diagnosis and recommended treatment are appropriate. It can also help you compare outcomes of your treatment options and make you gain more knowledge of your condition. Seeking a second medical opinion can help you make the best informed decisions for your health.