A rare video clip of boxing legend Muhammad Ali’s “fight” with a three-year-old boy has resurfaced following his death on Friday, at the age of 74.

In the funny footage, Ali is seen boxing with a young boy and takes shot after shot. In the end, the “greatest” boxing champ gets knocked out but wins a kiss from his opponent at the end. The hilarious video, which is now making rounds on social media, seems to say a lot about the legendary sportsman’s character. 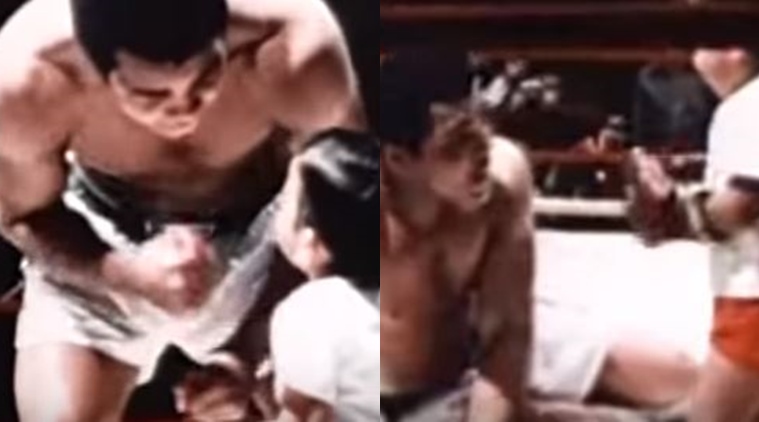 The former world heavyweight boxing champion, outspoken civil rights activist and one of most significant sporting figures of the 20th century succumbed to respiratory complications after suffering from Parkinson’s disease for the last three decades.

A family spokesman told NBC NEWS: “After a 32-year battle with Parkinson’s disease, Muhammad Ali has passed away at the age of 74. The three-time World Heavyweight Champion boxer died this evening.”

The boxing icon’s body was brought back to his hometown Louisville in Kentucky days before a public funeral procession and service for him. Former US president Bill Clinton and comedian Billy Crystal are among the popular personalities due to speak at a memorial service in a sports arena in Kentucky City on Friday.

Born Cassius Marcellus Clay Jr. to middle-class parents on Jan. 17, 1942 in Louisville, Kentucky, Ali began his career in boxing at the age of 12, taking home Golden Gloves titles. In 1960, Ali won a gold medal as a light heavyweight in the 1960 Olympics in Rome.

After converting to Islam in 1964, he took the name Muhammad Ali.  A year after, Ali stunned the world by beating the fearsome heavyweight champion Sonny Liston.

His refusal to serve in the Vietnam war in 1967 caused him to be banned for boxing for three years, convicted of draft evasion and sentenced to five years in jail.

However, Ali held firm to his belief and said: “My conscience won’t let me go shoot my brother, or some darker people, some poor, hungry people in the mud, for big powerful America, and shoot them for what?”