In China, one girl was so addicted to video games that she missed a lot of her classes because she was often just hanging out at the internet café. At age 14, Xiaoyun got into an argument with her mother who wanted her to curb the addiction and go to school but this only pushed her to run away – and she never went back since that fateful day.

After months of trying to find her to no avail, her parents and the authorities have presumed her dead. Although her mother had always hoped that she would come home someday, they soon had to accept the fact that their child was gone forever.

Years passed with no word from Xiaoyun or from the authorities who were tasked to find her. Pretty soon she was just another missing person on the list; a cold case.

Her parents were greatly surprised, then, when the authorities contacted them with information of Xiaoyun some 10 years after she disappeared! Now 24 years old, Xiaoyun was caught in an internet cafe in Zhejiang province, China for using a fake identity card. 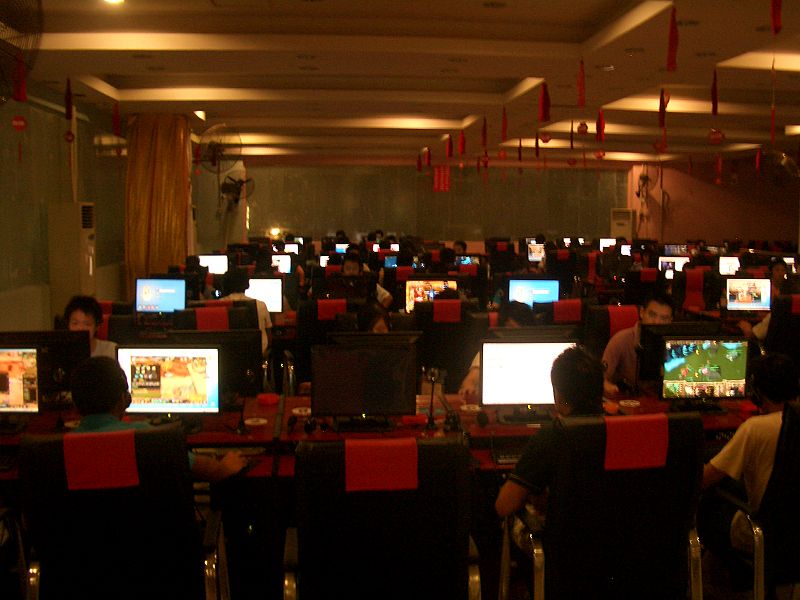 By User:Vmenkov (Own work) [GFDL or CC BY-SA 3.0], via Wikimedia Commons

At the police station, Xiaoyun admitted to having run away from home when she was 14. She also revealed to the shocked policemen that she had been traveling across China, living, eating, playing online games, and even sleeping inside internet cafes.

What’s quite surprising is that she never had a job to feed herself or to use in paying for her time in the internet cafes but only relied on the kindness of strangers who gave her handouts.

The police had since reunited Xiaoyun with her family who welcomed her with open arms. Her mother exclaimed, “I’ve dreamed of her coming home countless times!”

What is an Internet Cafe?

An internet cafe is a business establishment that offers their computers and internet service for customers who often pay by the hour (or by the minute). This type of business also offers computer-related services like printing.

Although most people these days have gadgets and computers at home, there are still a lot of internet cafes in operation since these business establishments could often offer fast internet speeds at reasonable rates.