A lot of people work away from their homes, going to far-off places where they can find better opportunities to earn more money for their families. There are places where more workers congregate, leading to locals taking advantage of the opportunity by opening their homes for these people to rent.

But a landlord recently went viral for seemingly suggesting that tenants should take turns in using the beds in the rooms he is renting out for workers.

A still unnamed landlord in Australia has gotten much flak on social media after someone shared a photo of the room being rented out, complete with rules written on the wall. The room was rather small and had a small, single bed.

Some of the rules written on the wall are actually quite reasonable.

“Turn lights off when not using the room…”

But netizens were rather angry after learning that the landlord was apparently renting the room out for several people. 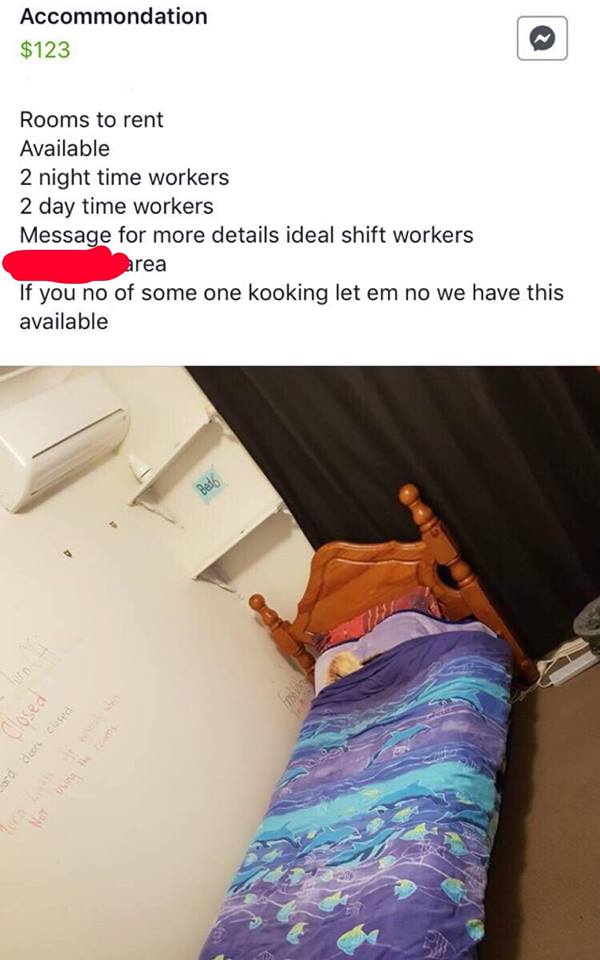 But what happens during days off and holidays when everyone is expected to be home? Does that mean they still sleep in shifts, according to their work schedules? Others are worried that the workers might not have enough space for their things as well…

But if the price is right, would you stay in this room with such a weird sleeping arrangement?