Every parent knows how difficult it can be to keep the house neat and organized with kids around. You could spend an entire day cleaning and keeping stuff neat, only for them to make a mess in a matter of minutes! Sigh.

But don’t be too sad. There are lots of ways to keep the house organized even when you have kids.

If you are lucky enough to have lots of floor space and rooms at home, then it would be a good idea to allocate space for certain activities. For instance, kids are only allowed to play in the playroom, the dining area is just for eating, and they can study in the room. 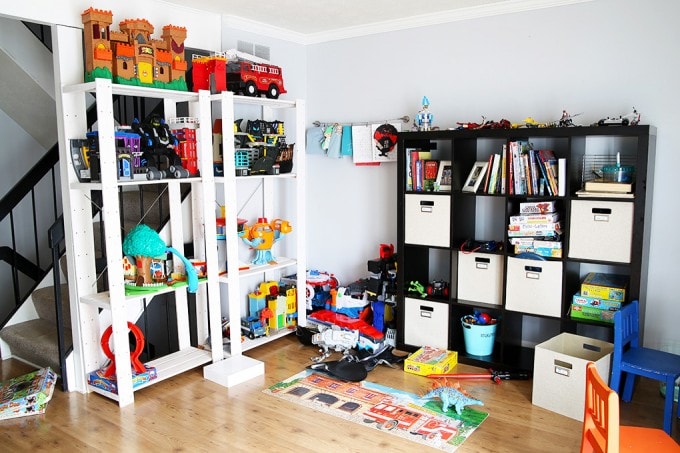 Photo credit: Just a Girl and Her Blog

But for most families, there really isn’t enough space for such well-defined spots. Still, you can train the kids not to make a mess of the entire house by imposing certain rules. For example, no toys on the dining table and kitchen floor.

While it is tempting to create a complicated system that ensures there is no clutter in your home, that’s impossible to follow with kids around. You’ll just feel frustrated. The trick is in making kids part of the decluttering system by creating a simple system that they can understand. 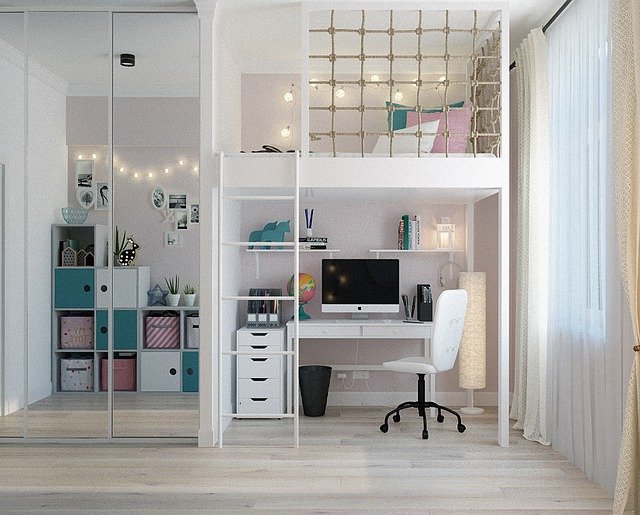 So, how do you do that? Well, it’s really quite simple. Organize stuff by type and put labels on the boxes and/or shelves. For example, one shelf is only for books and school supplies while another is for toys. If possible, you can organize toys by type. Large toys go into bigger boxes while smaller ones can go in small boxes.

Use Baskets They Can Carry Around

I personally use caddy baskets to keep the kids’ small toys and writing or coloring materials organized. This also makes it easier for the kids to bring the basket around if they wish to move from one spot in the house to another, while ensuring that decluttering is also faster. 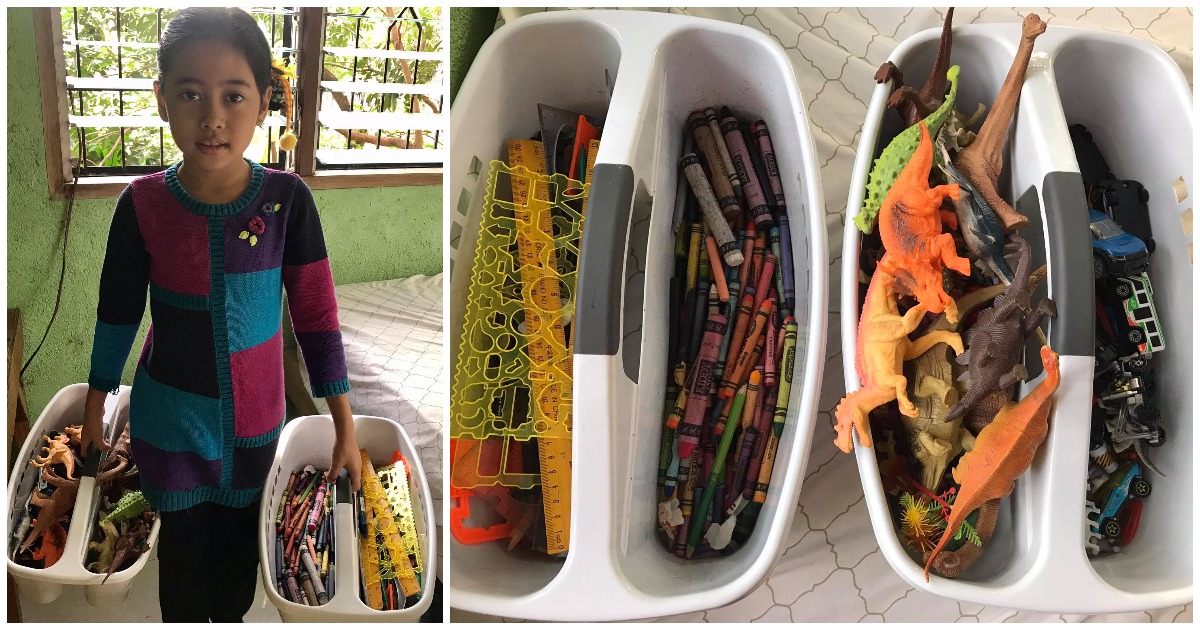 Train the Kids to Stay Organized, But Make it Fun

While the best way to stay organized is to declutter a lot, you’ll really just end up with a lot of mess if the kids are allowed to do whatever they want. That’s why it is still best to train them to stay organized.

Now, most kids don’t like doing chores but you can make it fun by using colorful bins and lovely baskets with labels. Also, you can incorporate decluttering with a game, such as a race to see who can fill their basket with the most toys. 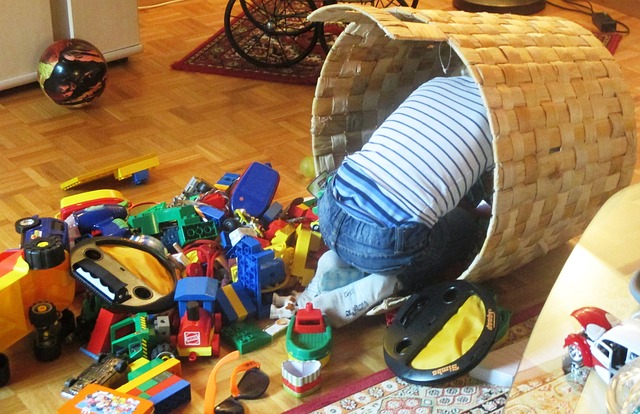 You can’t expect kids to help out if the shelves are too high for them to reach. Thus, use child-friendly furniture in the house so that they can easily organize the books on their study table or put the toys back in the shelves.