Escalators provide a lot of convenience to people. While elevators are also great, escalators can convey more people at any given time – and could work even if there’s no electricity because you can still use it like ordinary stairs. 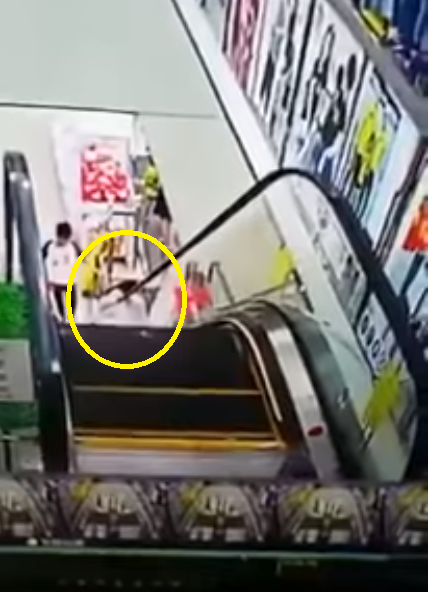 Malls have escalators for the convenience of its customers. Sadly, however, there had been a lot of incidents involving mall escalators. Most of these involve kids playing around and having part of their bodies or clothing stuck at the bottom or top part of the escalator. But one young girl nearly broke her neck as she leaned down the side of a mall escalator. 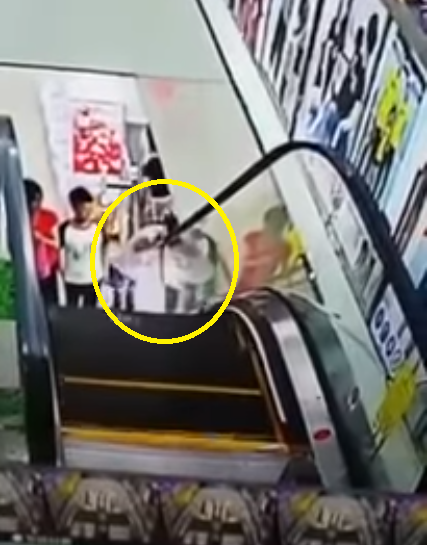 In a video that has gone viral across several social media channels, the young girl was seen on the CCTV footage as she rode the mall escalator. She appeared to be on her own. The young girl was curious over something at the floor below, leading her to lean down the side of the escalator as it was moving up. 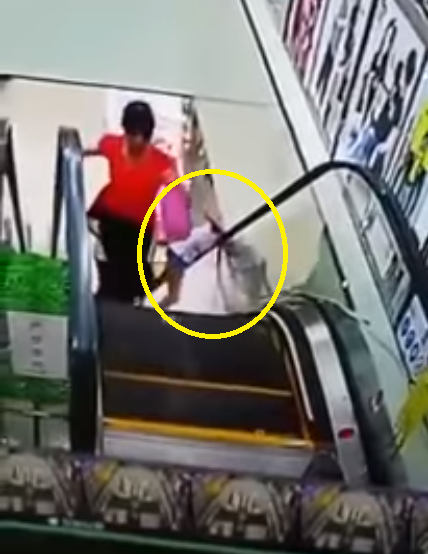 What the girl didn’t realize is that she was already near the top of the moving stairs – and her head got stuck on the narrow opening between the escalator she was riding and the upper floor! To the surprise of the other people riding the same escalator, the girl would soon be trying to flap around to free her head. 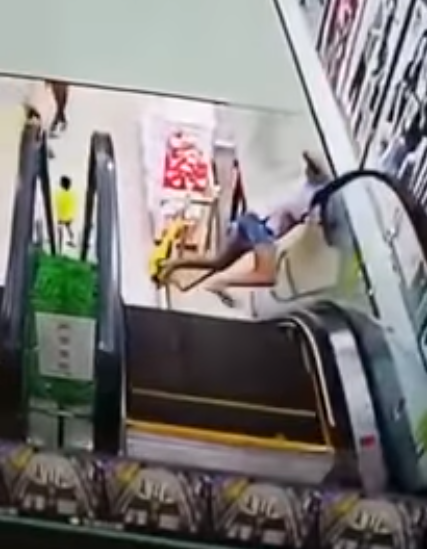 The other people rushed away from her, afraid to see what might happen next. They failed to help the girl and didn’t know that there are emergency buttons that can be pressed to stop the escalator from moving. 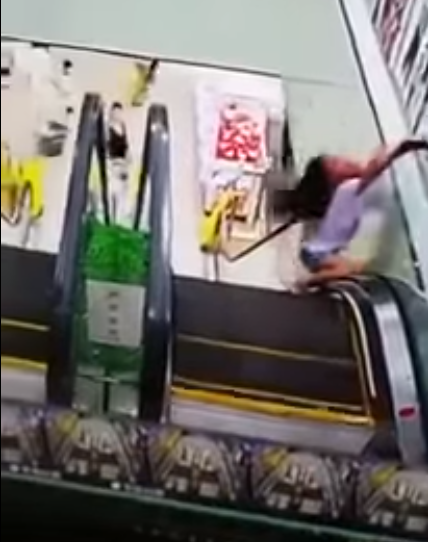 Thankfully, the girl was able to keep her head as the escalator pushed her to the top where she was finally able to free herself.

How to Stop an Escalator

Should there be an emergency on an escalator, it is important not to panic. Search for the emergency button at the side of the moving stairs. There are two buttons for each escalator – one is near the top and other is near the bottom of the stairs.

Pressing the button will make the escalator stop.