MANILA, Philippines – An anguished old woman could only shake her head in anger and frustration after a jeepney driver ran over the food she bought from the market, then, left her without paying for the damaged goods.

Some people who witnessed the incident took photos of the old lady trying to confront the jeepney driver over the damaged groceries but the heartless man took off without paying her at all. The frustrated old lady could only sigh and hope that she could find enough money for her family’s next meal. 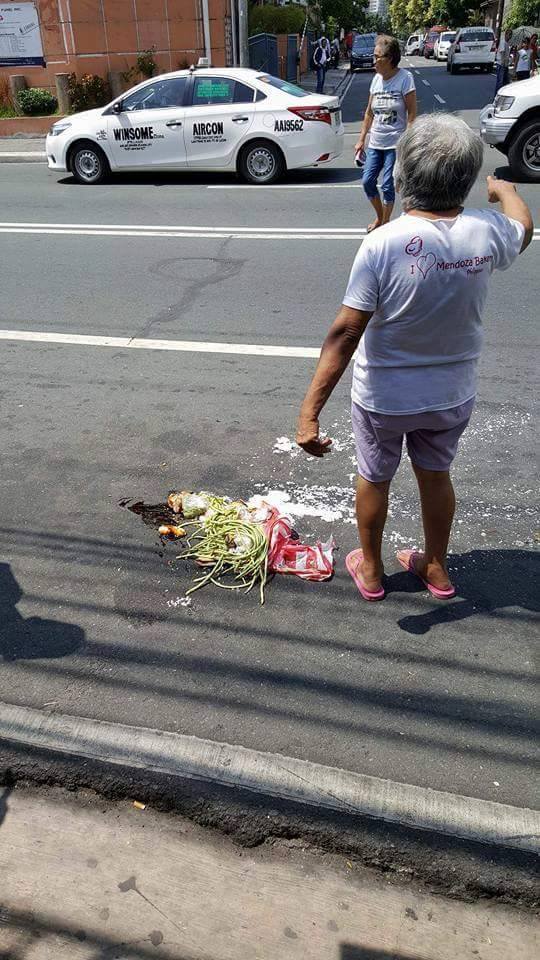 One of those who witnessed the incident, Margarita Tistahin, also took photos of the jeepney’s plate number: TWD512. In a post shared by Facebook page, Trending Pinoy Videos, the incident was revealed to have happened at around 10AM on June 15, 2016. 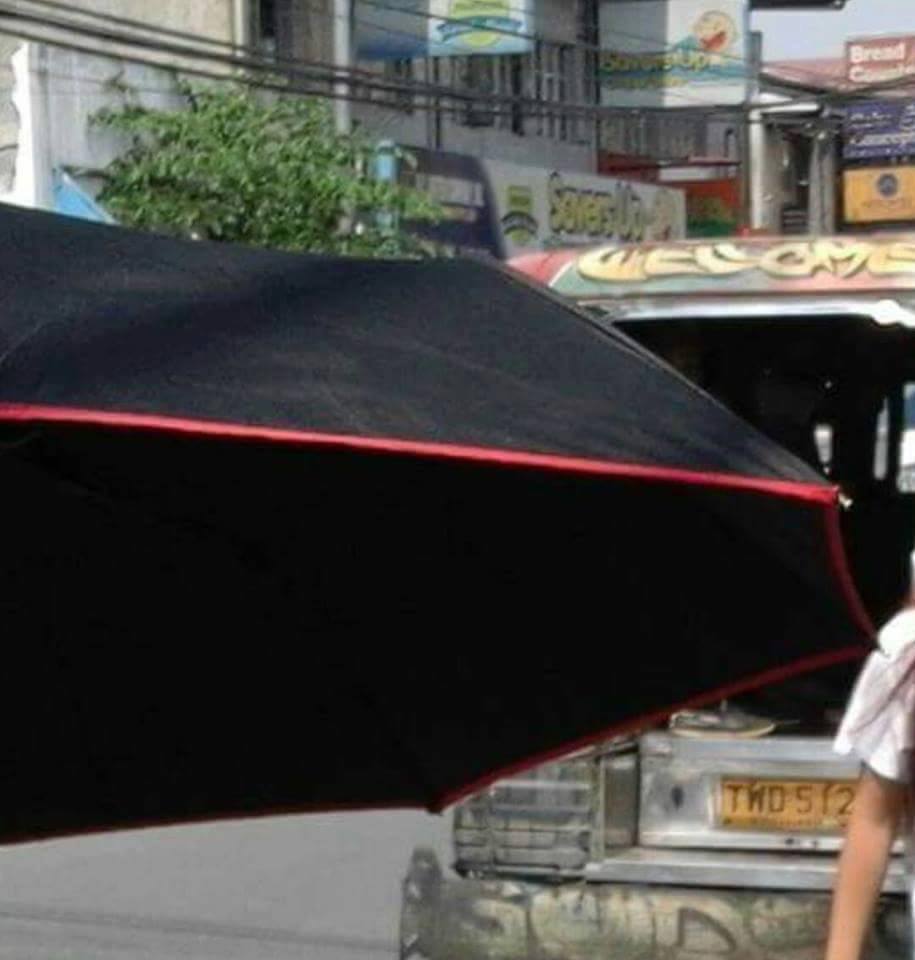 Social media users expressed anger at the jeepney driver for running away from responsibility but many of them also felt that Tistahin and the other onlookers should have done something other than simply take photos of the public utility jeep.

Information is scarce over the incident and it is unknown whether Tistahin and the other onlookers contributed some money to help the old woman buy food again yet social media users are hoping that they did and, also, that the jeepney driver will be apprehended or at least asked to pay the lady for her spoiled groceries.

It is sad how the jeepney driver drove off without paying the old lady, especially considering that she looks anguished over the incident and it was highly likely that she didn’t have enough money to buy back the food that was spilled on the street! 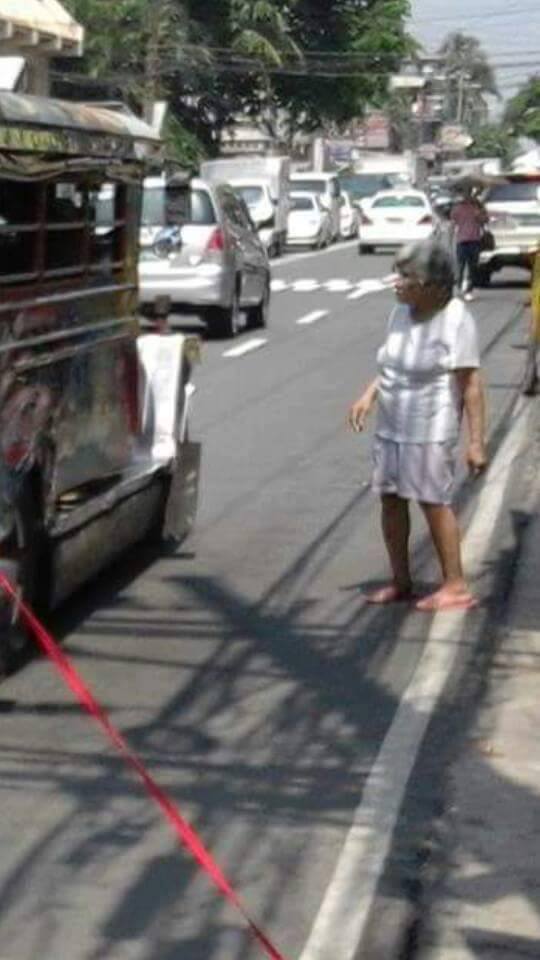 Other social media users felt frustrated over the incident and wished the driver karma for his actions while others wished the old woman was identified so they could give her some assistance.