On May 7, 2016, the supporters of Mayor Rodrigo Duterte are expected to flock to Luneta Park in Manila, Philippines for the “Occupy Luneta” sortie which will be the Davao City mayor’s final campaign activity – and similar rallies will be done simultaneously in many parts of the country.

But while Duterte’s supporters are preparing for the big event, it seems that his political opponents are also busy with their own plans to bring him down (especially because he is leading even in the latest surveys, despite the controversies thrown against him) and to ensure that the “Occupy Luneta” event wouldn’t go as smoothly as the organizers are hoping for.

Photos of a backhoe loosening the soil around the Luneta Park stage were shared on social media by Facebook page, Thinking Pinoy. 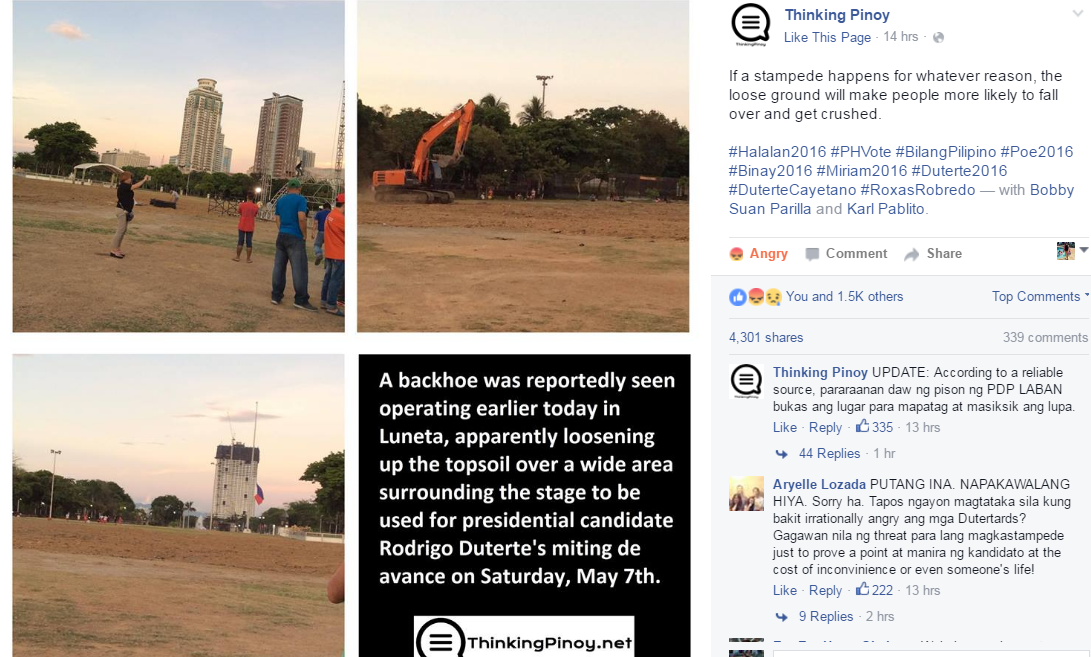 The photo collage was captioned, “If a stampede happens for whatever reason, the loose ground will make people more likely to fall over and get crushed. #Halalan2016 #PHVote #BilangPilipino #Poe2016 #Binay2016 #Miriam2016 #Duterte2016 #DuterteCayetano #RoxasRobredo”

Most of those who commented in the post expressed disgust over the dirty tactics although all the opposing camps have kept mum over who was responsible for transforming the formerly compact area around the park stage into a vast farmland. Perhaps someone is planning to plant some corn and root crops at Luneta because they are running out of space in their farm? LOL

Everyone can easily question the timing of the backhoe’s appearance and actions in Luneta Park, considering that a major political event is going to happen there. What angered Duterte’s supporters is that the loosened topsoil is sure to become a potential hazard for those who will attend the event – especially because it is expected that a number of kids will be there to attend the miting de avance with their respective families!

Thankfully, Thinking Pinoy’s page admin posted an update stating that PDP Laban (Duterte’s political party) will be sending a roller to flatten out the ground and ensure that the loosened topsoil will be compact before the Occupy Luneta event starts.

Meanwhile, some Duterte supporters who are already in Luneta to set up the stage and secure the area have also shared pictures of the “bungkalized” (loosened) ground. 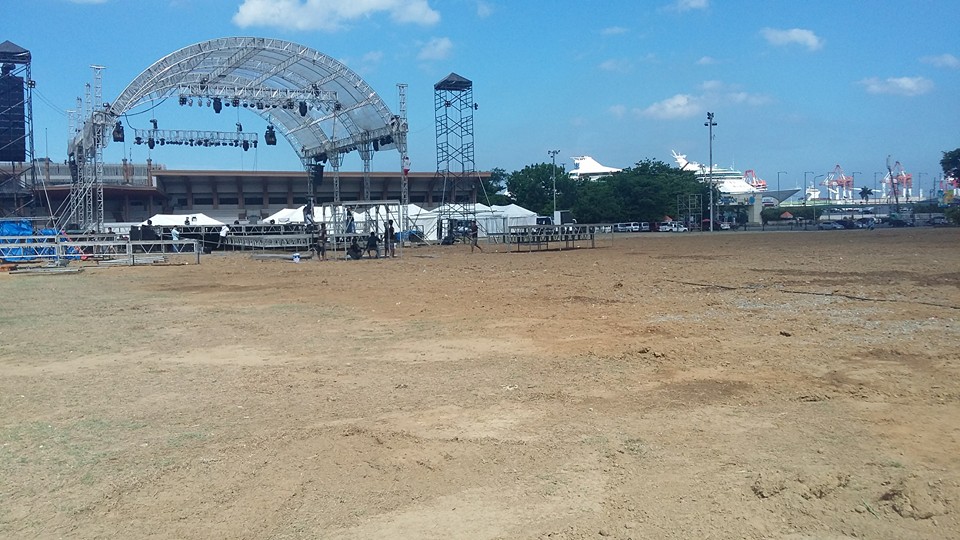 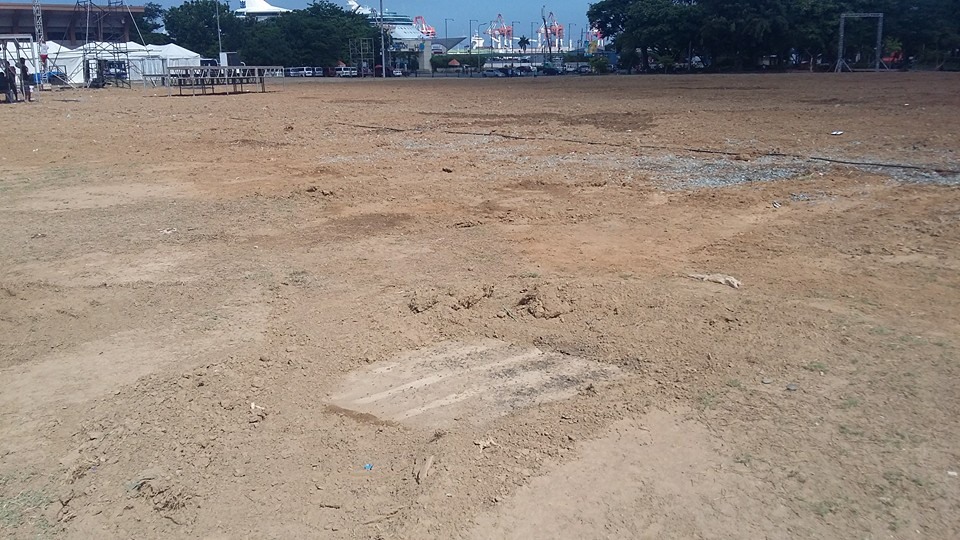 RachFeed is not endorsing any candidate but we’re hoping that no harm will come to the Duterte supporters who are set to attend the Occupy Luneta event.