Have you ever wondered what happens to the things we throw away?

Well, while most of them end up in landfills, many also reach water bodies that lead them to the ocean where they are eaten by sea creatures and birds. At times, sea creatures get tangled in long things like ropes, nets, and fishing lines.

Sadly, a lot of creatures have died because of these trash items.

In Costa Rica, a group of divers were enjoying their dive when a giant manta ray swam to their direction. While that is not really a unique occurrence as there are a lot of sea creatures around, what made it extra special is that the manta ray appears to know that it could ask help from humans. 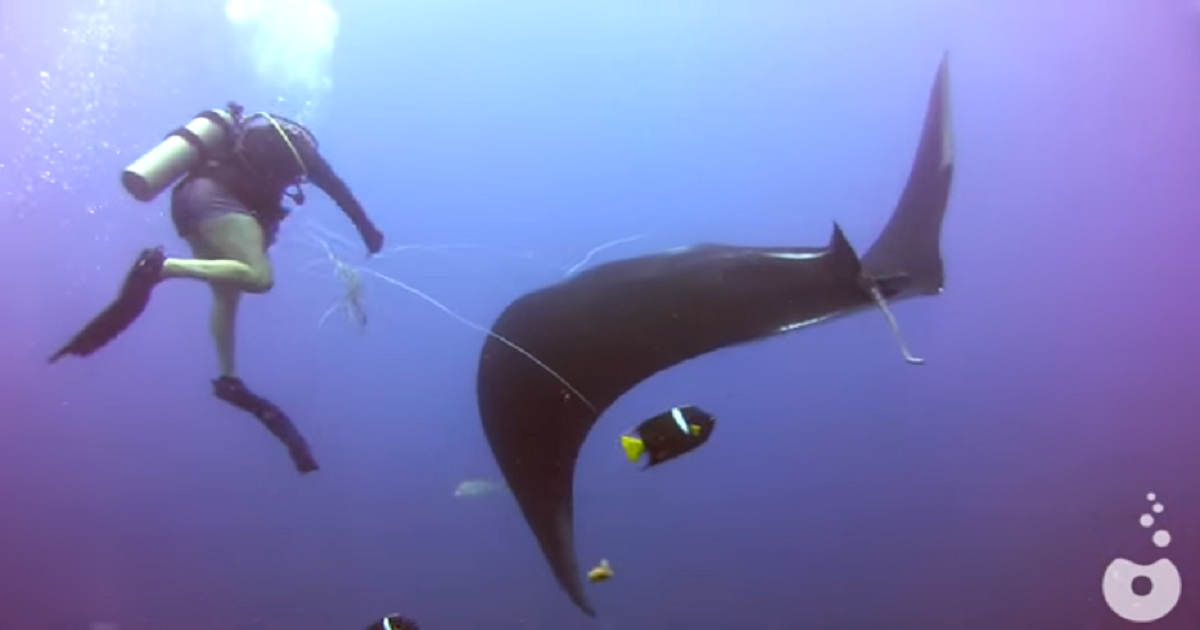 Screenshot from video by Oceano VideoSub

For wrapped around its massive body was a thick rope from a fishing line! The rope was hampering its movement and was surely cutting through its flesh. If it doesn’t get rid of the rope, this giant manta ray could die.

As soon as it saw the divers, the gigantic sea creature headed towards them and ‘asked’ for help. It swam so close to diver Brian Thompson that he was able to remove the rope from the manta ray’s body.

Thomaz Monteiro, another diver who witnessed the moment said, “It was the first time I saw a manta ray. There was a very profound interaction between her and the diver.”

It took a little while for Thompson to fully remove the rope from the manta ray’s body but once it was free, the sea creature stayed around for around 30 minutes before finally swimming away from the divers. It would seem that it was ‘thanking’ the divers for their help.