During his younger years, Ted McDermott used to work as an entertainer, “performing for the public in pubs and clubs across England,” SunnySkyz tells us. However, he was diagnosed with Alzheimer’s disease in 2013.

Needless to say, things have never been the same ever since.

So it is with great joy that Simon, Ted’s son, was able to see his father ‘come back’ while they were driving around the city. With Ted in the passenger seat, Simon played the “Quando, Quando, Quando,” an old song popularized by Engelbert Humperdinck and it sparked a priceless reaction from the old man, who is now 80 years of age. 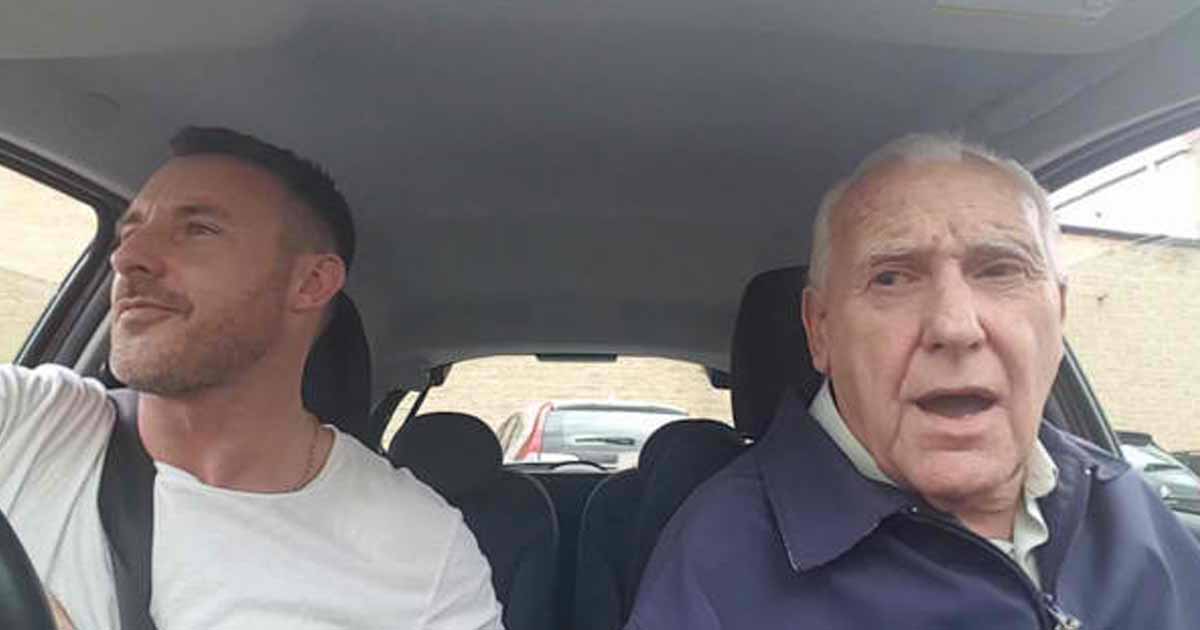 The heartwarming video below shows us the talented father and son tandem singing along the song while riding the car.

The clip immediately went viral online and it even helped raise over £57,000 for the Alzheimer’s Society in just two days son after Simon created a Just Giving fundraising page.

Of course, comments on the YouTube video have mostly been positive.

“Tears rolled down my face as I watched this. It shows such love for someone who has a hard time remembering the good things in his life.”

“As someone who cares for people with dementia I find this heart warming and fantastic. Well done to both of you.”

What Is Alzheimer’s Disease?

“Alzheimer’s disease, named after the doctor who first described it (Alois Alzheimer), is a physical disease that affects the brain,” the Alzheimer’s Society website said.

It is a “progressive disease” which means that “gradually, over time, more parts of the brain are damaged.” Memory lapses are among the earliest symptoms of the disease which, of course, can be a problem for the individual and his/her loved ones.

As the website further tells, “memory loss due to Alzheimer’s disease increasingly interferes with daily life as the condition progresses.”

• Lose items (eg keys, glasses) around the house.
• Struggle to find the right word in a conversation or forget someone’s name.
• Forget about recent conversations or events.
• Get lost in a familiar place or on a familiar journey.
• forget appointments or anniversaries.