A 27-year-old mechanic from Shenyang in China spent three sleepless nights carefully solving 840 Rubik’s cube in order to create a giant portrait of the face of his dream girl.

It took love struck Tong Aonan two months to plan the design of the 2.6-meter-high, 1.37-meter-wide mosaic using Photoshop.  He then solved each of the Rubik’s cube based on his design and stacked them in a specially-made wooden frame. 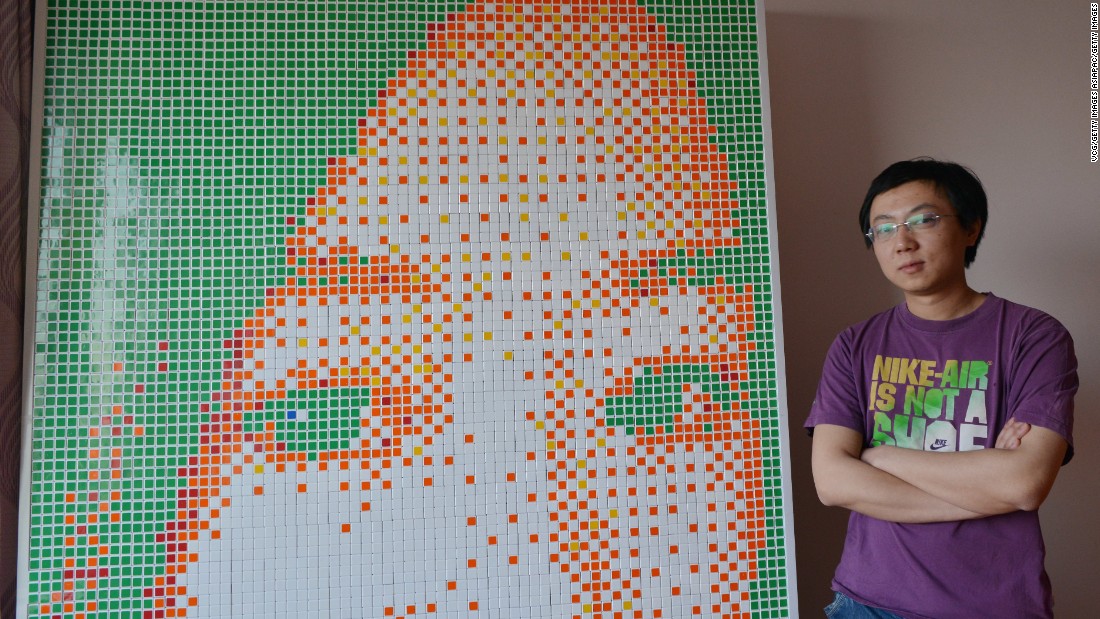 Sadly, when he presented the gift to his one true love, she turned him down. Despite the tragedy, Aonan said he doesn’t have ill-feelings for the girl who happens to be his neighbor.

“I simply wanted to surprise her and tell her I like her … but I was rejected,” he told CNN.

“I’m not giving it too much thought,” he added.

During his free time, Tong loves playing with puzzles. He also revealed that he doesn’t like going out or socializing.

What is a Rubik’s Cube?

Invented in 1974 by Hungarian architecture professor and sculptor Ernő Rubik a Rubik’s cube is a 3-D combination puzzle originally called Magic Cube, according to Wikipedia. Today, it is popularly known as the Rubik’s cube.

It is widely reported that the Rubik’s cube was built as a teaching tool to help students understand 3D object. It was later found that Rubik wanted to solve the structural problem of moving the parts independently without the whole mechanism falling apart.

As of 2009, the Rubik’s cube has become the world’s top-selling puzzle game as about 350 million units had been sold worldwide.

Traditional Rubik’s cube has six faces, each covered by nine stickers, with each face having one solid color. Each face turn independently through an internal pivot mechanism allowing it to mix up colors.