A barber who uses an angle grinder to cut hair goes viral, with netizens saying that they would never try this because one small mistake could cost their life! Whew.

These days, it is difficult to find a job. Many choose to start a business, but that is also challenging because you have to find ways to attract customers. With many people choosing to stay at home, businesses have to be creative to ensure they can have customers amid the crisis.

But one creative barber has gained mixed reactions for using a very unconventional (and rather dangerous!) tool for cutting customers’ hair. Instead of using a pair of scissors or some shaving tools, this still unnamed barber uses a construction equipment called an angle grinder to do it! 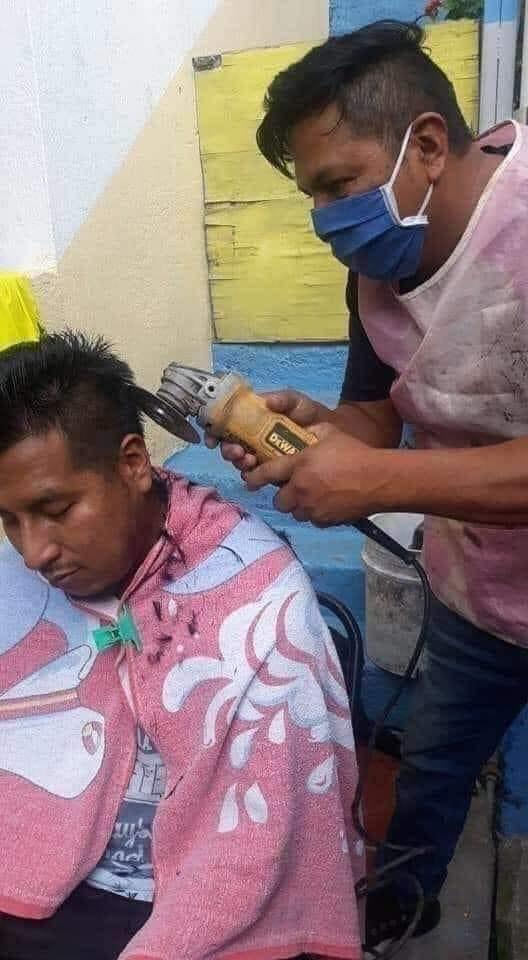 Considering that an angle grinder could cut through very hard stuff such as concrete and steel bars, it is definitely something that is too sharp and too dangerous to use on a human’s head!

One wrong move could cut the customer’s ears off. What’s worse, a closer cut could mean getting the skull broken. Yikes! That’s a rather scary thought, huh?

While most netizens commented that they would be too scared to try this and that they think this barber should not be allowed to use an angle grinder in his shop, there were also others who were curious and actually brave enough to try.

Whether that’s real bravery or actually being foolish, it’s really something that would make a good photo on social media. Just don’t let the barber turn on the angle grinder before you’re out of the seat! LOL.

What is an Angle Grinder?

Also called a disc grinder or side grinder, an angle grinder is a handheld power tool used in construction works. The discs can be changed to suit whatever material is being cut or smoothened.