Everyone knows how important passports are when you’re traveling from one country to another – and that it is not easy to get one, considering the documents you have to first process and the time you have to spend before the passport is released.

So, when one foreigner lost all his family’s passport at a busy airport in the Philippines, he feared that he’d never see these again and that he and his family will be stuck in the country until they process the documents.

Emad Badawi wrote, “I have lost all my family passports on the plan. Stupid me!!!”

Thankfully, he was able to reach the right guy to help him find the lost passports. 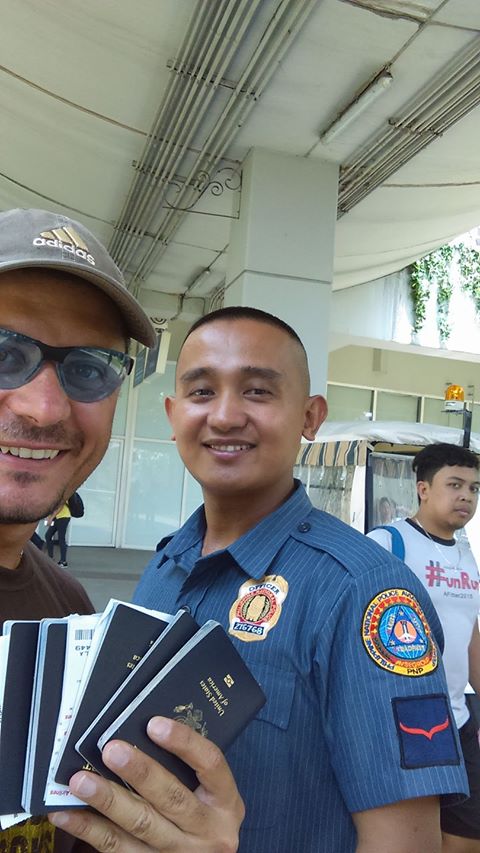 “Officer Marcelo Noog Ducao from the Philippines National Police Aviation Group was very helpful. Officer Ducao has walked all around the airport given the fact that I don’t speak local language and he communicated my issue to the right people,” Badawi revealed.

“Without Officer Ducao’s help, I would have lost all my family passports or worse!!!”

Indeed, it was a good thing that Badawi was able to retrieve his lost passports. Of course, other cops would have also done the same thing but Badawi was thankful that Officer Ducao had been a great help to him.

He also revealed that he had another ‘major incident’ during his visit; while he didn’t elaborate on what happened, he thanked the country’s cops – and that’s surely something that the force needed, considering all the negative incidents they had been involved with in recent months.

“This is the second major incident that happened to me in Philippine in less than one week. I have seen nothing but total respect and cooperation from the Philippines people and authorities,” Badawi wrote.

“Thanks Officer Dauco and I will be back again to Philippine.”

This is certainly wonderful news, right? We’re glad that Mr. Badawi was able to retrieve his passports with the help of this kind officer.

What is a Passport?

A passport is an official government-issued travel document that certifies the holder’s identity and nationality. It is a document necessary for traveling from one country to another.