Suzzane Irasga is a BS Computer Engineering student at the Institute of Creative Computer Technology in the Philippines.

Last year, she experienced financial difficulties as she fell into debt for her tuition fees. Her mother had just been diagnosed with Hepatitis B and her father is the lone provider for their family. It was then that Suzzane decided to help out – by playing video games. 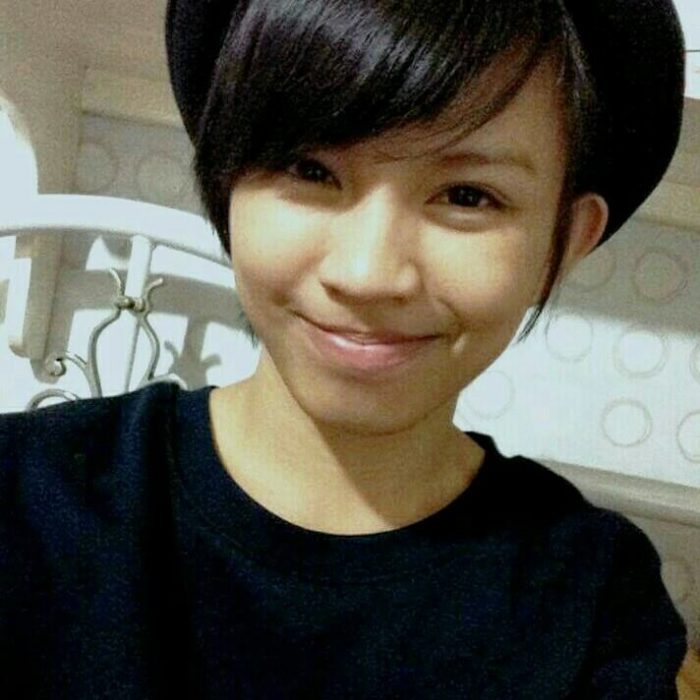 These days, Suzzane is known to the online gaming community as ‘Suzzysaur’ and she does live-streaming on the Twitch.tv website. She broadcasts her gameplay to “an audience of some 50 viewers, comprised of online and real-life friends alike,” according to an Inquirer article. So far, it has helped her earn money to support her schooling.

“I’ve always wanted to stream,” Suzzane admitted. She has always watched videogame streams of her favorite gamers and eventually, she gave it a try.

Although it also presents a lucrative opportunity, Suzzane didn’t want to venture on joining eSports tournaments. Besides, its time-consuming and would require a lot of work on her part – something she couldn’t afford to do as a college student. 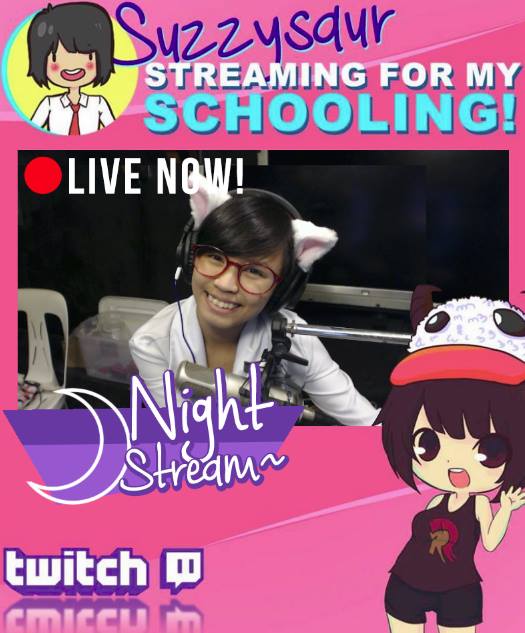 “Not playing tournaments because the progression towards earning money is long and with my team (Team Seraphynx), we can’t win against super good players because we have a lack of practice and different commitments,” she explained.

When she was starting out, one of her immediate concerns was to have a good internet connection. To stream successfully, she would need a speed of about 5 MBPS which would cost around Php3,000.00 (approximately US$63) per month. That, of course, is a huge amount for someone who needs school money. 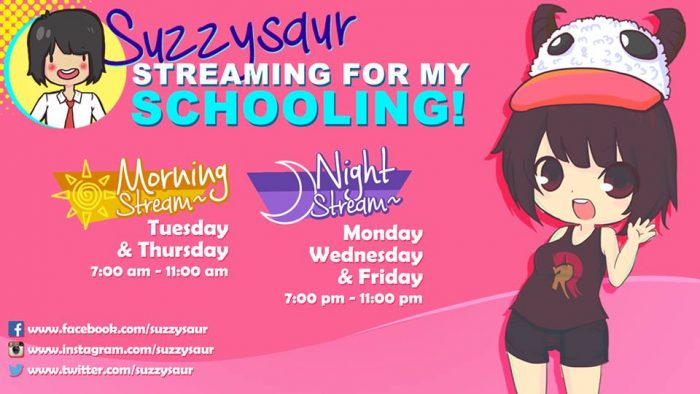 “I was expecting that this would take like, 5 months because there are many other streamers,” she confessed. Still, the rewards came quickly for her as she managed to raise Php33,385.00 (US$703) in just seven days – that was more than enough to pay for her tuition, some books, and other miscellaneous expenses.

“I’m living my dream life,” Suzzane said. With her videogame streaming career, she is now able to pursue her academic studies and have fun at the same time.