Home
Videos
Viral Videos
Dolphin Jumps for Joy After Kissing the Dog on a Boat!

Who said animals do not have feelings? In the short video shared by One World One Ocean, a dolphin was caught celebrating after it was able to kiss a dog on the boat.

The videographer was able to catch the exact moment the playful dolphin moved closer to the boat so it could kiss one of the two dogs on board.

The dog appeared unconcerned and did not seem to like nor dislike what the dolphin was doing; though it did not make any form of reaction on the dolphin’s advances.

As for the dolphin, it was so elated by the chance kiss that it began to jump up for joy. At one point, it even appeared to hit a seagull but the happy creature managed to avoid the impact and hit the water without incident.

Scientists and researchers have long recognized dolphins as intelligent creatures.

This is also something that many zoos and ocean parks are banking on. Dolphins are among the favorite animals in shows featuring marine creatures because of their playful nature and the fact that they are not dangerous to interact with, except orcas which are actually a large species of dolphins.

Orcas or killer whales can also be trained to participate in animal shows yet there were several instances wherein these marine creatures attacked their trainers even without any provocation or warning.

Even in the wild, dolphins are known to be very playful – they were observed to be riding the waves as if they are surfing or even playing with whales. 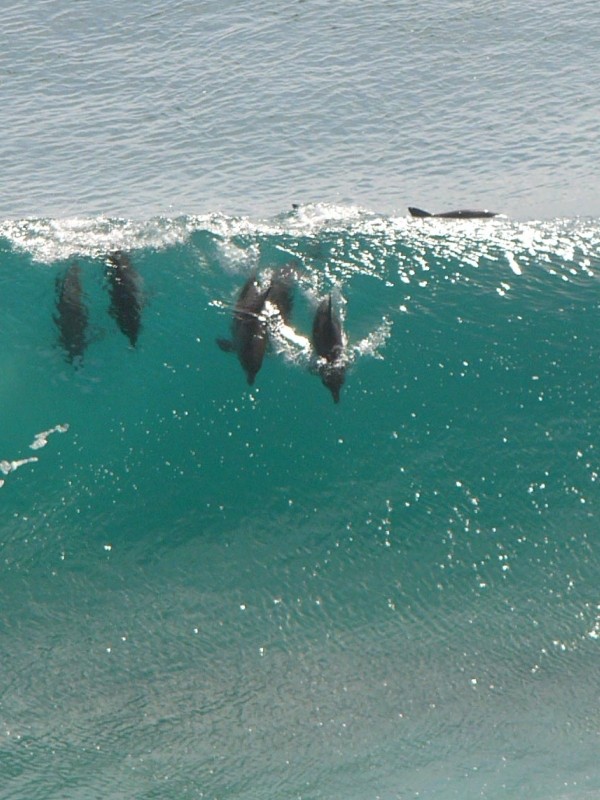 There are several dolphin species but the bottlenose dolphin is the most recognizable one. These are the dolphins you often see in zoos and other facilities with sea creatures.

As highly social animals, dolphins love to be in a group. This makes them easier to keep track in the wild or train in captivity.

Dolphins are also among the animals that seem to have developed their own set of complex language; though this is not spoken but merely a set of clicks, whistles, and various vocalizations. Scientists have also found out that individual bottlenose dolphins have a signature whistle which sets him/her apart from the other dolphins for easy identification. Incredible, isn’t it?