Lions are long believed to be one of the bravest animals in the planet. Known for hunting big, dangerous prey like buffalo, rhinoceros and elephans, lions are predators that won’t back down easily.

But apparently, their female counterpart, which often hunt zebras and gazelles, can actually be more ferocious. Several photos showing how a lioness emerged victorious in her brutal fight against a lion who got a bit too close to her cubs have gone viral. 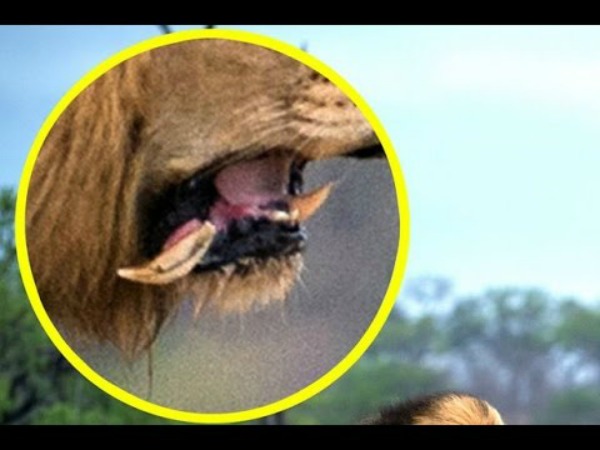 As proof of the lioness’ victory, the fang of the lion was photographed barely dangling from his mouth, clearly hurting his pride.

According to Wessels, two lions approached a group after marking their territory. Wessels said that the fight “came out of nowhere”.

“One cub approached one of the males – and the oldest female of the pride started to growl,” Wessels narrated.

“The male growled back, then she slapped him and the other females joined in. I can’t tell you the intensity of their voices and growls, and the pure force of their forelegs lashing out,” he added.

How does a lioness take care of her cub?

Unlike other animals, lionesses give birth to their cubs away from their pride. She keeps them hidden from the pride until the cubs reach 8 weeks.

Most lionesses give birth at around the same time so they have cubs of the same age. This makes it easier for lionesses to take care, nurse, feed and protect each other’s cubs. Lionesses will take care of their cubs until they reach they turn two.

Since cubs are prone to death even before reaching their first year, lionesses will do everything to protect their youngster particularly from intruding males. In some cases, they work together to defeat larger lions.