A story of a 7-year-old cancer patient who was willing to sacrifice his life to help save his mom has touched the lives of many netizens.

Chen Xiaotian was diagnosed with brain tumor when he was just five years old. A few months before his diagnosis, his 34-year-old mother  Zhou Lu contracted a kidney disease. 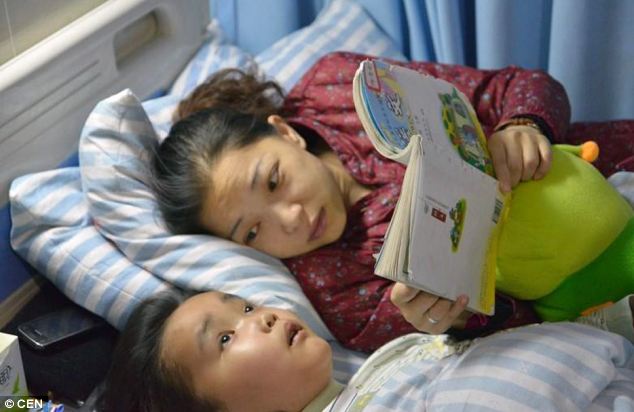 Doctors initially thought the boy would recover and survive the disease, yet his condition worsened through time. Eventually, they revealed he would not live long enough to reach adulthood.

For two years, Chen and his mother battled their diseases. While Zhou had to undergo dialysis, Chen needed round-the-clock care. Both of them became extremely week.

Chen even lost his vision and became bedridden.

“They told me that my grandson would not survive but his kidneys could help his mother and also save two other lives as well.”

Lu informed Zhou about the option but the latter refused to discuss it. Unknown to them,  Chen overheard their conversation and begged his mother to let him save her life.

Zhou couldn’t say no to her son’s last wish.

When Chen died, his kidneys were donated to his mother and a 21-year-old woman. Meanwhile, a 27-year-old man received his liver.

Indeed, the young boy’s death gave three other people a chance to live a normal life.

The Symptoms of Brain Tumor