The story of Tatay Rolando Altamero as featured on Kapuso Mo, Jessica Soho Facebook account had left a mark in the hearts of many Filipinos. No one can ever doubt the love that he has for the family he considered his own, and no one can question how good he has become as a father to them.

Rolando Altamero lives in Butuan City and selling rags (doormats) is his means to earn a living. He regularly walks around the streets carrying his rags every day.  He is a father to 3 children, May, Remy and Michael, whom he considered his own.  They were the children of his sister-in-law who is working as an OFW (Overseas Filipino Worker). He stood as a father to them looking after the welfare of each one of them. 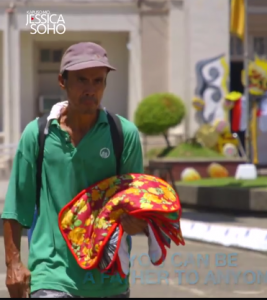 Behind knowing Tatay Rolando for his ideal father image lies the fact that he has been suffering from  Parkinson’s disease.  But despite his inability to move fast and accurately, he never stopped working for his family.

According to him, he earns P300.00 per day from selling rags which is allotted for paying house rent, food and education of his children. Sad though, he sometimes misses drinking his medicines because their money was not sufficient to purchase them. 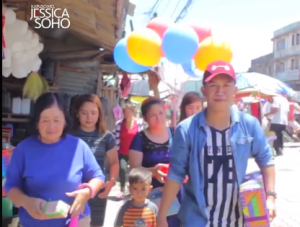 Last June 18, Father’s Day, his children surprised him with presents and thanked him for all the sacrifices that he did for them.  He is the pillar of the success of his children and all of them were thankful for all his hard work and sacrifices. 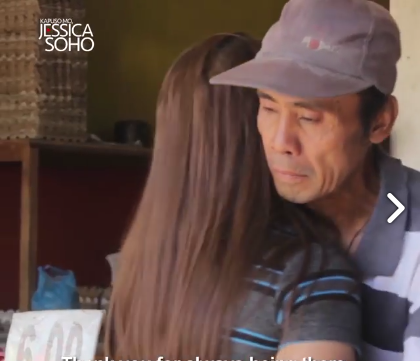 Tatay Rolando is an epitome of an ideal father whose life is dedicated for the welfare of his family.  He is a living proof that no disease can hinder him from being a responsible and loving father that he is to his children.

What is Parkinson’s Disease?

Parkinson’s disease is a progressive nervous system disorder that affects how the person moves, including how they speak and write.