Two years ago, Will and Lacey Smith eldest child, Liam, now 5, was diagnosed with precursor B acute lymphoblastic leukemia, a common type of cancer found in children. Thankfully, Liam was able to pull through and is not as sick as he was two years ago yet the family is now facing a new trial: one of their twins is sick with the same type of cancer.

Two-year-old Emma who loves everything about animated film “Frozen”, cute pink things, and sparkly stuff, is battling the same cancer that his brother had fought hard against. 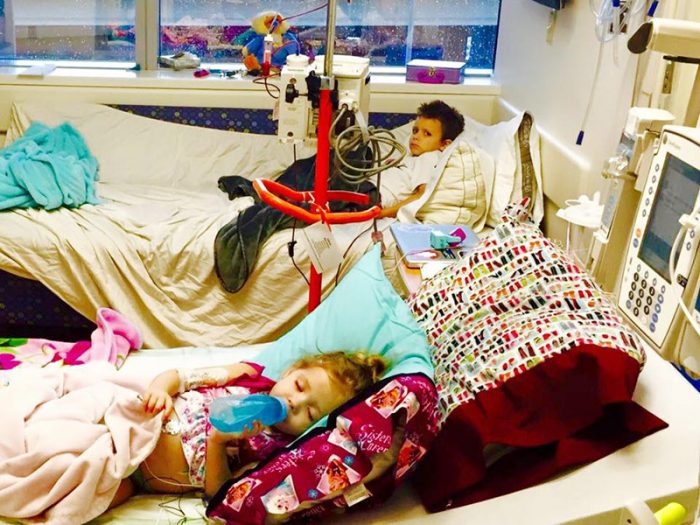 But as the toddler faces this huge battle, she’s found an ally and pillar of strength in her older brother. According to their mother, when the young boy was told about his sister’s cancer diagnosed, he quickly went up to her and gave her the following advice:

Emma don’t eat too many of the animal crackers they give you because your tummy will hurt. Emma there’s a chair in a hospital room that mom will let you spin on, even though you’re not supposed to. Emma always wash your hands because germs are bad and you can’t get sick when you have leukemia!

Those were things he learned when he was battling the disease.

Meanwhile, Emma’s twin Ella is confused as to what was going on in the family and why her siblings were always tired. They were so tired that they would not come out and play with her – something that was most noticeable because she was more of an outdoor-loving kid who loves climbing trees and having fun rough-housing at their home in Jacksonville Beach, Florida. 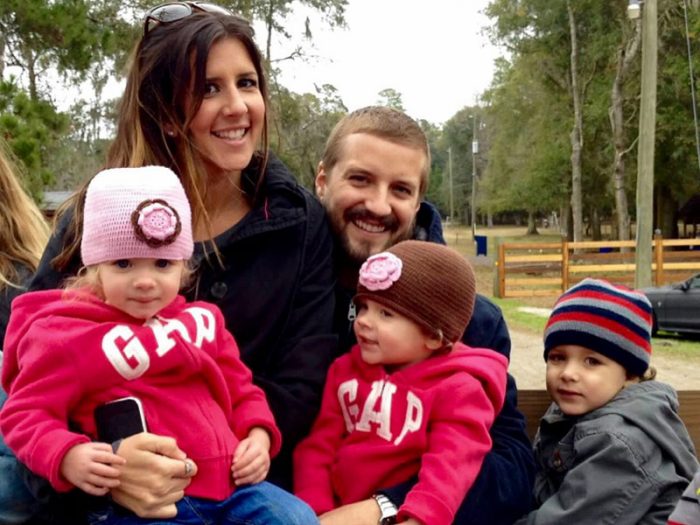 The hospital staff and the Smith family also fear for Ella who has a 25% chance of developing the same type of cancer, considering it already affected both her siblings. Lacey fears this would inevitably happen but wishes that if it was bound to happen, it would happen now.

I feel like I’m already preparing myself for Ella to get leukemia. But I’m like, if she’s going to be diagnosed, give it to us now, let them go through this together. I’m ready to stop checking no to RSVP birthday cards. I want my kids to socialize with other kids and live normally, not in fear.

We’ll get through this. We’re just a goofy family – we make forts and have Frozen dance parties and karaoke nights. We love to laugh. It sucks that we have to incorporate cancer into our lives, but we sure as hell are going to do it with a smile. 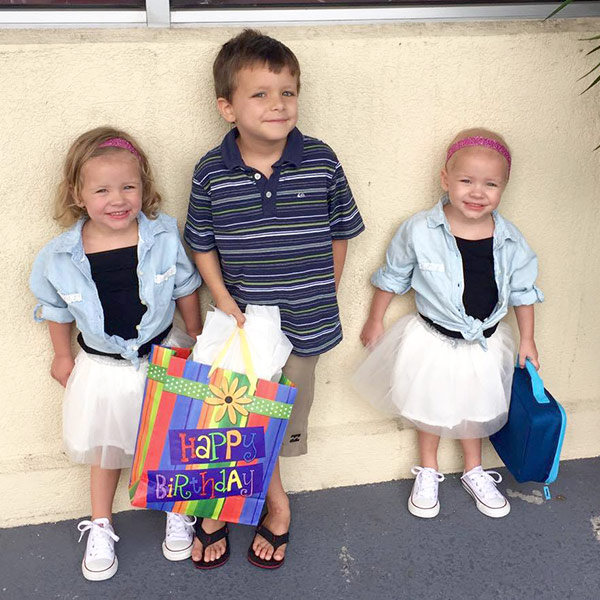 Because of the lack of normal blood cells, symptoms like bleeding and bruising often occur in patients with leukemia, even if there is no outside trauma/force involved. Currently, the exact cause of leukemia remains unknown and treatments are also limited, with prognosis dependent on a lot of factors, including the type of leukemia, treatments the patient could afford to undergo, age, genetics, and other factors.