Home
News
News & Culture
What Should You Do When You Are Harassed Online?

MANILA, Philippines- The emergence of social media like Facebook and Twitter has paved the way for cyberbullies, trolls and online harassers to prey on victims from all walks of life. Indeed, the issue has has become so prevalent in the country that Philippines ranked number 4 in cyberbullying, according to nobullying.com.

Recently, a female Anti-Marcos rallyist fell prey to trolls who sent her rape threats and left sexually graphic, misogynistic and life-threatening comments on her photo during a protest. A group of lawyers and IT practioners, headed by UP Law professor John Molo, stood up for her and are taking actions to press charges against her sexual harassers. 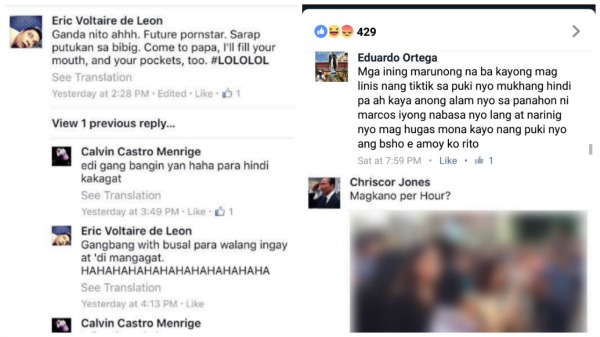 But did you know that you can also take action against trolls and cyberbullies? Here are a few guidelines from the Department of Justice Cybercrime Division Group.

Who can file a cybercrime case?

According to the DOJ, any cybercrime victim can file a report, even through a representative, as long as they personally do it. An appearance is a must so authorities could verify your report.

Where do we report online harassment?

The DOJ, National Bureau of Investigation (NBI) and the Philippine National Police (PNP) have their own cybercrime groups that can handle cybercrime cases.

What are the necessary steps in filing a report?

Verification of initial evidence gathered normally takes about a week. If they find the evidence sufficient enough to purse a case, they will delegate an investigator who will conduct surveillance and collect more evidence.

A search warrant may be secured from the court if investigators find probable cause, after which they will be pressing formal charges.