Filipinos who wish to give their family a better life often result in being OFWs or Overseas Filipino Workers. Often times, they get to hold a job abroad that is able to help them provide for their families.

But unfortunately, not all OFWs are treated well abroad. There have been a number of cases where Filipinos are maltreated by their employers abroad.

What’s worse is that the family in the Philippines are not able to help their loved ones, and sometimes, they won’t even know it until it’s too late. 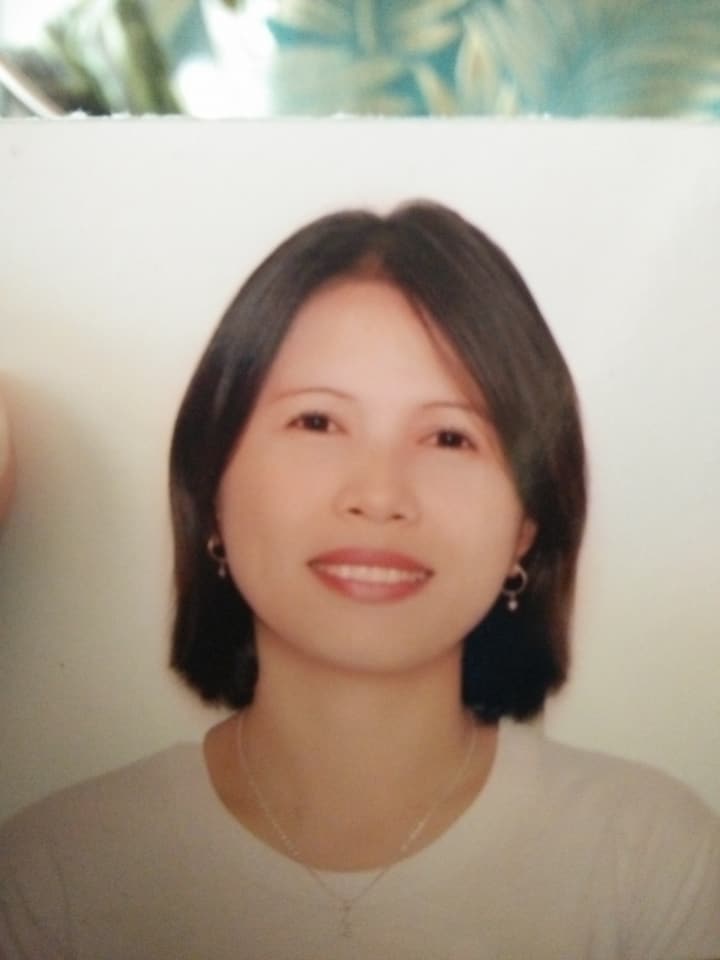 Such is the case of Liezl Hukdong who went to Kuwait with another relative last December 17, 2016. According to the family, everything went well at first as they were able to contact Liezl through social media. 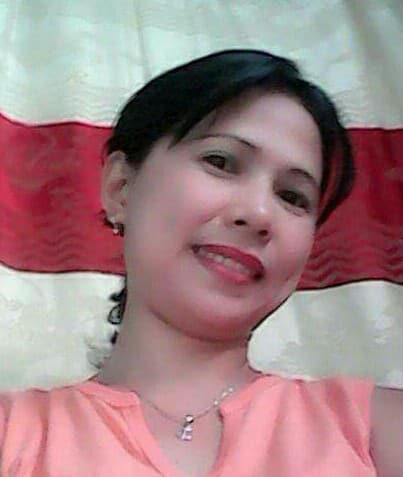 In November 2017, though, she deactivated her Facebook and has not been in contact with any of her family from home. When they tried to contact the relative that went with her there they were just answered with “She said she’s ok.”, when they tried to probe deeper, they got an irked but same response.

2 days after her 1st year anniversary there, on December 19, 2017, her family received a call that she committed suicide. Something that the family found hard to believe.

The family asked the relative there but they weren’t able to get a firm response. So they asked for help from her agency and OWWA but was surprised that she was still listed as active and the employer hasn’t declared her as deceased.

The body of Liezl reached the Philippines on January 5, 2017, and the family wasn’t ready for the state that she was in.

The pitiful condition of the body is not a body of someone who committed suicide. She had a huge slice from her chin to her belly that was sewn back. Her lungs, brain, eyes, kidney, and tongue are missing. What’s worst is that the body was stuffed with pieces of cloth just so it will look like it still has her organs.

Her body also has significant bruises, an indication that she might have been maltreated there. Bruises that she would have never gotten from committing suicide.

The niece of Liezl was the one who posted the story, towards the end of her post, she asked their relative, the one who went to Kuwait with Liezl about what happened. 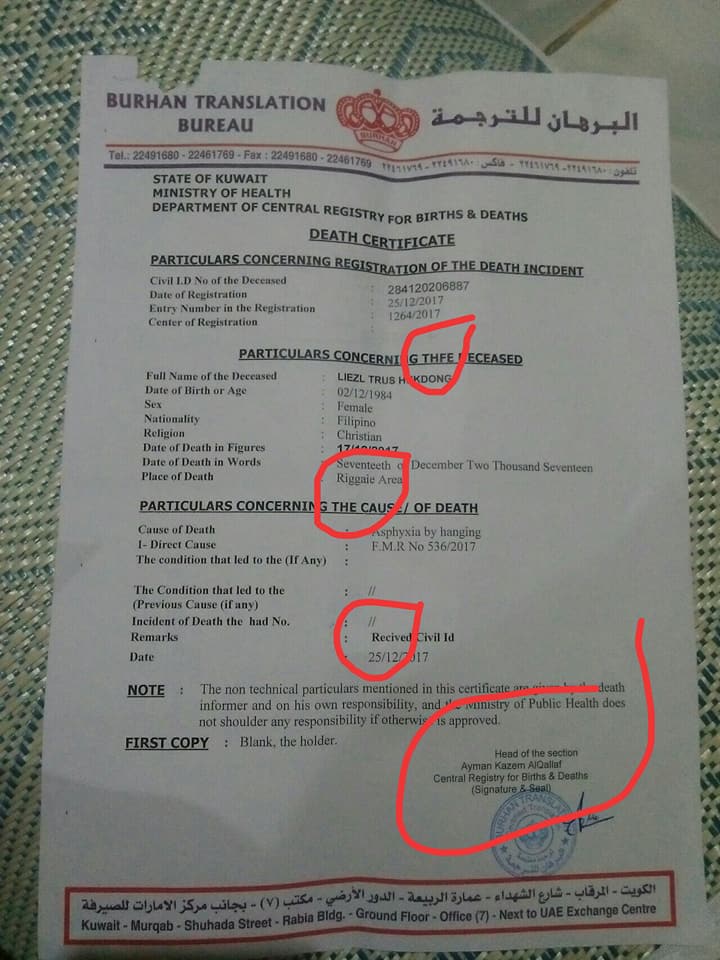 The niece also questioned the paperwork that came with her aunt. There is one document that was full of mistakes. 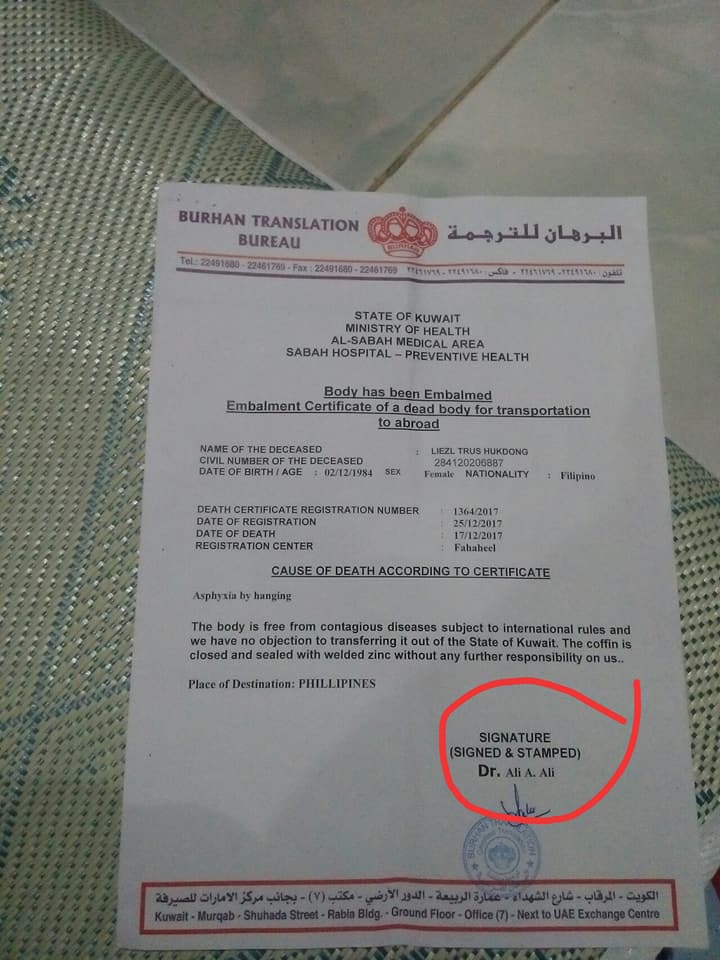 Then another one without a signature at the bottom. 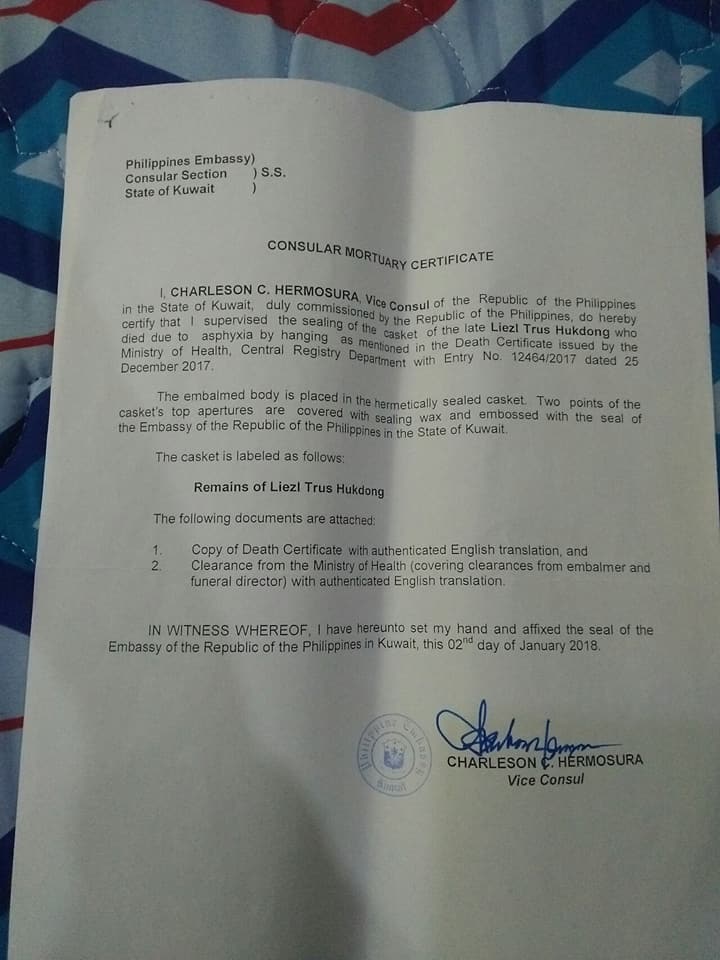 And yet another one that has no seal or anything to show that it is official.

The family still have a lot of questions, we pray that this family gets the justice that they deserve and that they may be able to surpass this difficult time.