A Filipina who goes by the name Sweetybabes Iriesh (Iries Jane Benlot) on Facebook defended herself against bashers who made fun of her just because she now works as a household worker in Taiwan despite being a midwife in the Philippines.

She shared how there were people who mocked her career choice and unjustly judged her for becoming a domestic worker despite having a white collar job back home. These people, many of whom she personally knows, said she wasn’t doing well in her career path and is not successful because she is “just a simple household worker”. 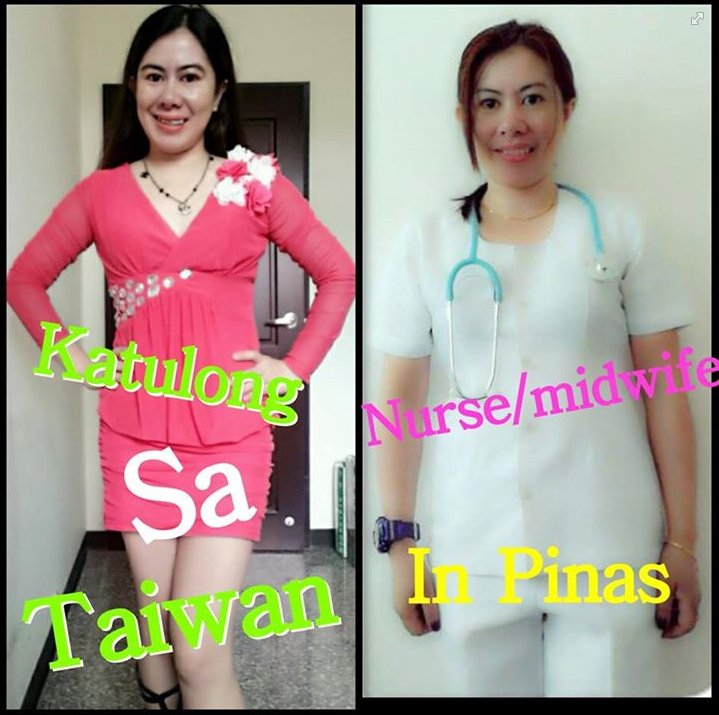 Of course, she could have continued with her job as midwife in the Philippines yet Iriesh chose to try her luck in Taiwan as a household worker – an honorable, honest job.

She pointed out to her bashers that, yes, she is “just” a domestic worker yet she has long been independent from her parents and could buy anything she wants.

Even though she works a menial job, well outside her previous career, she feels proud of what she has achieved and learned while she is working in Taiwan. She’s been a household worker for 10 years under the same employers, Iriesh revealed. She said she learned a lot from her long stay in Taiwan, even if she’s only working as a domestic helper.

Truly, being a household worker might be a blue collar job yet Iriesh knows she did not step on anyone to attain her current status, she did not steal, and her job might not pay her as much as she would have received if she was working as midwife in Taiwan yet it gives her financial freedom that allowed her to be independent from her parents. At the end of the day, that’s all that matters, really! 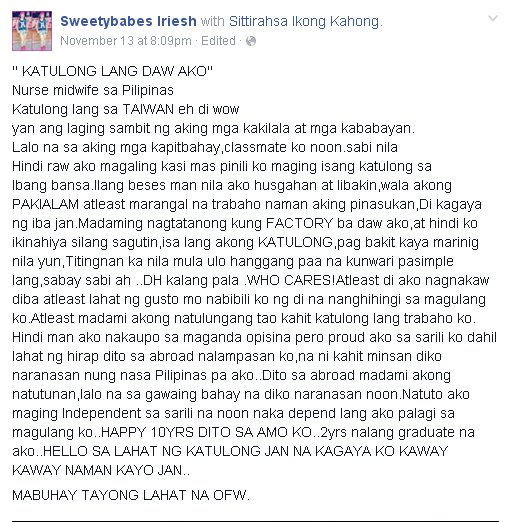 It is great that we learned about her story from Kwentong OFW, so we can share it with our readers, too. Kudos to you, Iriesh, for standing up for yourself and for other OFWs like you! It’s great that you did not let those bashers bring you down. Good luck!