However, it depends on which kind of debt a parent has that can either have a positive or negative influence on the child. 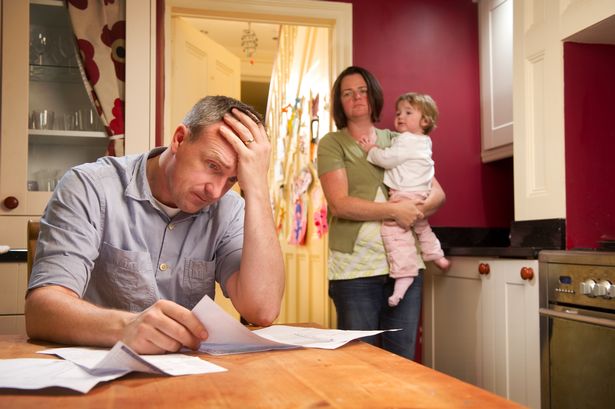 Unsecured debt such as overdue medical bills and credit card balances are linked to increasing behavioral issues in children, according to a U.S. study.
Photo Credit: Mirror

According to Lawrence M. Berger of the Institute for Research on Poverty at the University of Wisconsin-Madison, they have discovered that debt can both be positive or negative, depending on its purpose and the price or cost at which it is borrowed, considering interest rates, fees, and the like.

Berger said that taking on loans for specific investments can be helpful. These kinds of loans like students loans or mortgage loans to purchase a home may result to better social and economic standing, whereas taking on unsecured debts that is not linked to such investments may not.

Families with debt are inclined to be more educated, with higher academic ability and better self-esteem. Families with married parents were usually also the ones who owned their homes as compared to parents who do not have debts. This is probably because they are more advantaged and have better access to credit.

“What is not clear from our work is whether there are particular thresholds, either in absolute terms or relative to income or earnings at which we should particularly worry about the influence of debt on child development”, Berger stated.

Berger also said that it may be common to think that those who had unsecured debts where brought about by their poor financial decisions as compared to those parents who have other kinds of debts who only took on those loans because they did not have any financial alternatives.

On a final note, Berger stated that wages have been decreasing over the years, especially those who are in the low-income bracket, while credit has become more readily accessible due to financial deregulatory strategies. As a result many individuals and families have been taking on loans simply to survive.

Who are most likely to accumulate debts?

A recent study revealed that middle-aged, middle-class women who are married and owned homes were most likely to have financial problems. According to financial experts, these women who are in their 40s were prone to accumulate debts on store cards and credit cards which have the highest interest rates.

Aside from keeping up with a higher level of lifestyle, women tend to enjoy spending which can turn into an unhealthy addiction.