A screenshot of this fake headline was shared by a netizen on Facebook. Several netizens thought the headline was real; however, there were no verified news reports that Iqbal made this statement. The actual report did come from the Philippine Star as can be seen in the screenshot but it had a different title and a different excerpt. 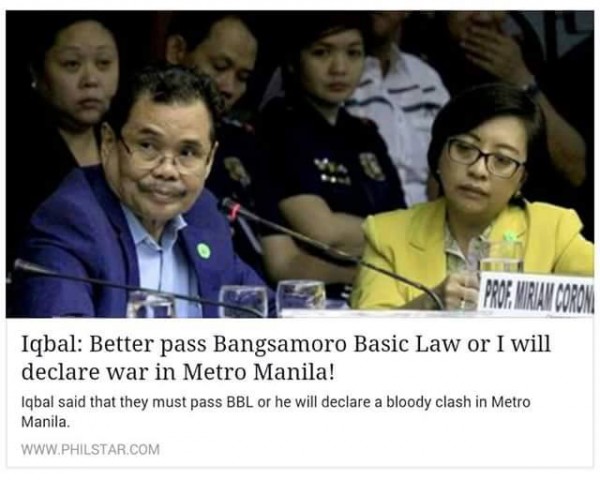 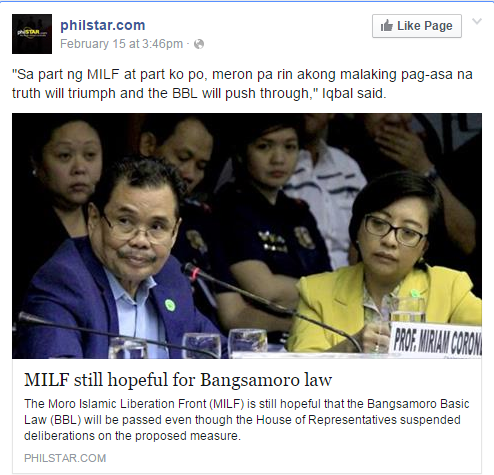 A lot of people already know they can manipulate links in Facebook posts by changing the title and the excerpt. We’re not so sure why the social media giant rolled this feature out but it is prone to pranks just like the one about Iqbal and his supposed threats to wage war against Manila.

Here’s an example of how you can change the Facebook post for the benefit of those who have not come across this feature in the past. 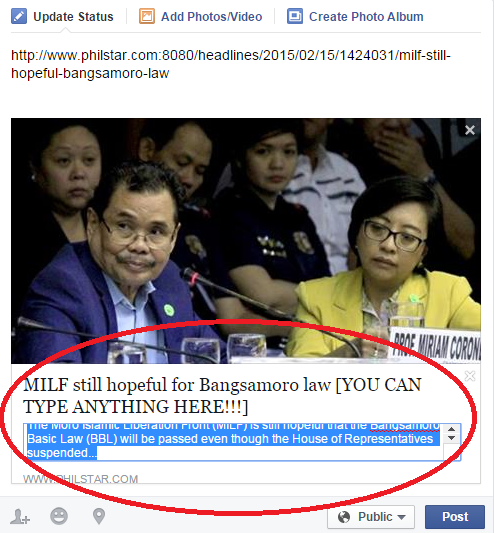 Is the BBL Being Shelved?

Although the BBL is already in the works and is just a few more steps before being signed into a law, the Mamasapano clash pushed discussions to an indefinite timeframe.

Iqbal hoped the BBL will be pushed through but did not declare he would start the war. Although Iqbal is not going to start a bloody clash with Metro Manila, Sulu Representative and former commander of the Moro National Liberation Front (MNLF) Tupay Loong did warn that wars will continue in Mindanao if the BBL is canceled.

The schedule was pushed to an indefinite time; thus, many believed this is akin to a cancellation. For many [non-Muslims, anyway], this is good news – especially after many people learned the BBL would cost the government millions of pesos so the new autonomy can have enough funds to jumpstart building infrastructures for the territory.

A lot of people want the BBL shelved but if this happens, wars will continue to happen in Mindanao. But then, if they are given autonomy in this land, would that mean peace? We’re not so sure about that…