Kham Lha is an elephant that was rescued from the hands of cruel circus trainers back in 2015; she found a new home at the Elephant Nature Park in Thailand where she became close friends with Darrick, one of the nature park’s staff.

The bond between the two is so strong that Darrick need only call Kham Lha’s name and she would drop everything she was doing to run to her good friend.

In a video that has since gone viral on social media, Kham Lha saw that Darrick was in the river; thinking that he was drowning, she ran to the water as fast as she could – and saved him! But he really was not in any danger at all. 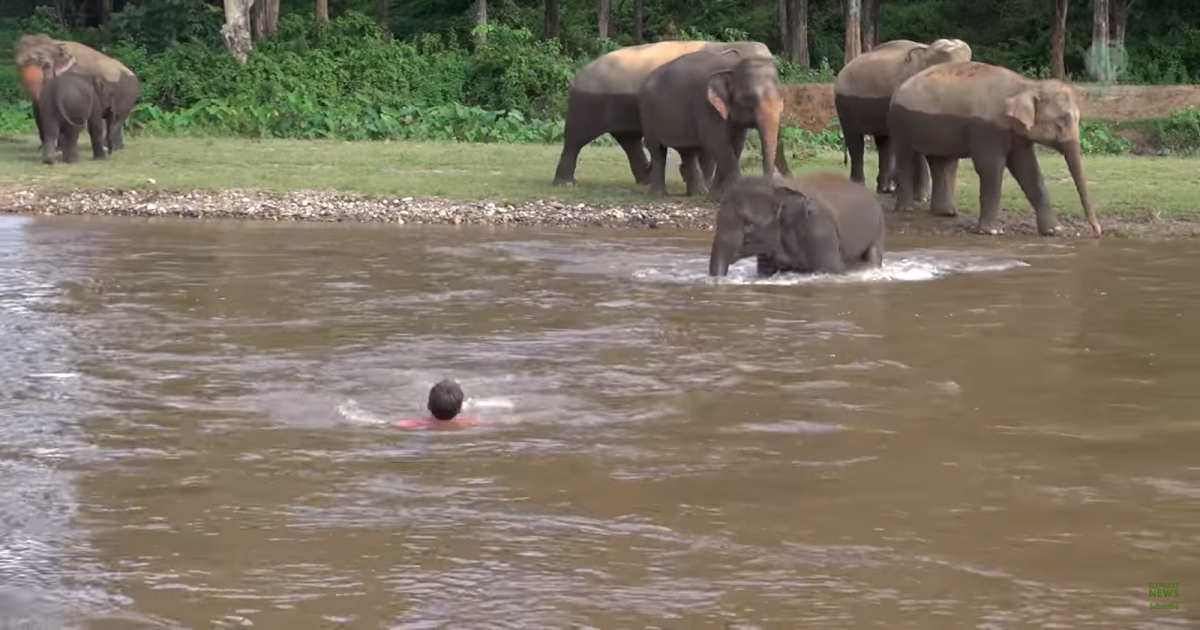 Screenshot of video by Elephant News

He’s a strong swimmer but Kham Lha was not about to take any chances just in case her favorite human was actually in real danger and needed her help! As a baby elephant, her body is much smaller than the adults but she didn’t ask for their help because it could have been a matter of life and death and, surely, it was easier to simply swim out and rescue her friend than explain the situation to the adult elephants, right?

Had the water been deeper, it would have been Kham Lha who would need some rescuing but because Darrick knew that his friend would come and save him from drowning, he knew better than to swim towards deeper waters.

It is great to watch the strong bond between Kham Lha and Darrick. Wouldn’t it be wonderful if all humans were compassionate towards animals instead of being cruel and subjecting them to hurtful acts like training in the circus? While these provide entertainment for humans, these come at the expense of animals…

Where Can You Find Elephants?

Elephants live in Africa and some parts of Asia; though you can find them in other places but restricted only to zoos and wildlife parks – not their natural habitats.