Remember the adorable little baby who cried after hearing her mother say “I love you” to her for the first because she was born deaf but had just recently been fitted with a hearing aid? Well, there’s another one making rounds of a boy crying after seeing color for the first time. And the video is sure to make you cry…

The young boy was caught on video as he tries his new glasses on. While the names of the people were not included in the clip, it was clear that this was a family and that the man was his dad and the one taking the video is his mom. 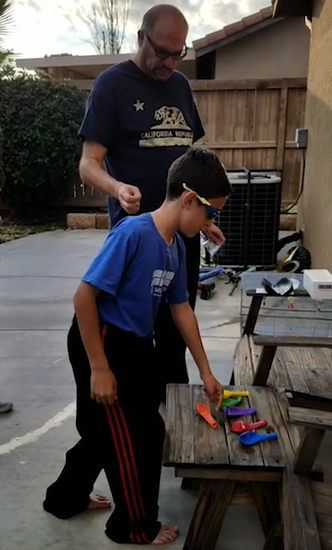 At first, the boy was pretty ‘cool’ about his new glasses. He excitedly looked around and was feeling amazed at the changes he saw with the surroundings.

He was actually able to identify correctly the colourful balloons his parents had placed on the table right next to where he was standing. He admitted that without the glasses, the balloons looked very much the same, except for the red one which appears brown.

But as his dad encouraged him to look around and see the grass, the sky, and everything around him, the young boy was overcome with emotion. It must have been rather overwhelming to finally be able to see the real colors of the things around him. 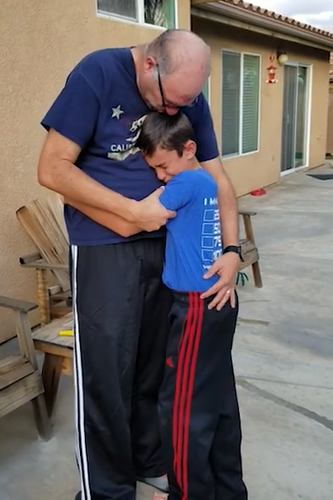 The boy could no longer contain his emotions and was in tears as he ran to his dad to give him a hug. His dad was also in tears, telling the boy he loves him very much. Isn’t this beautiful?

What is Color Blindness?

Color blindness is a condition wherein someone could not determine the differences between certain colors, seeing them as the same. While there are those who could hardly distinguish green from red, others can also have trouble with seeing blue and other colors as well.