If you’ve seen the fight between a husband penguin and a ‘homewrecker’, then you already know just how harsh life in the animal kingdom can be. But that penguin scandal is not the only exciting animal video going viral on social media these days.

BBC’s Planet Earth II shares a heart-stopping documentary of the danger that marine iguana hatchlings have to face the moment they hatch from their sandy nests because dozens of snakes are just waiting for them to appear!

On the clip, the babies could be seen appearing from beneath the sand. They have to make the dangerous journey from their sandy nests towards the top of the rocks where the adult iguanas are waiting. 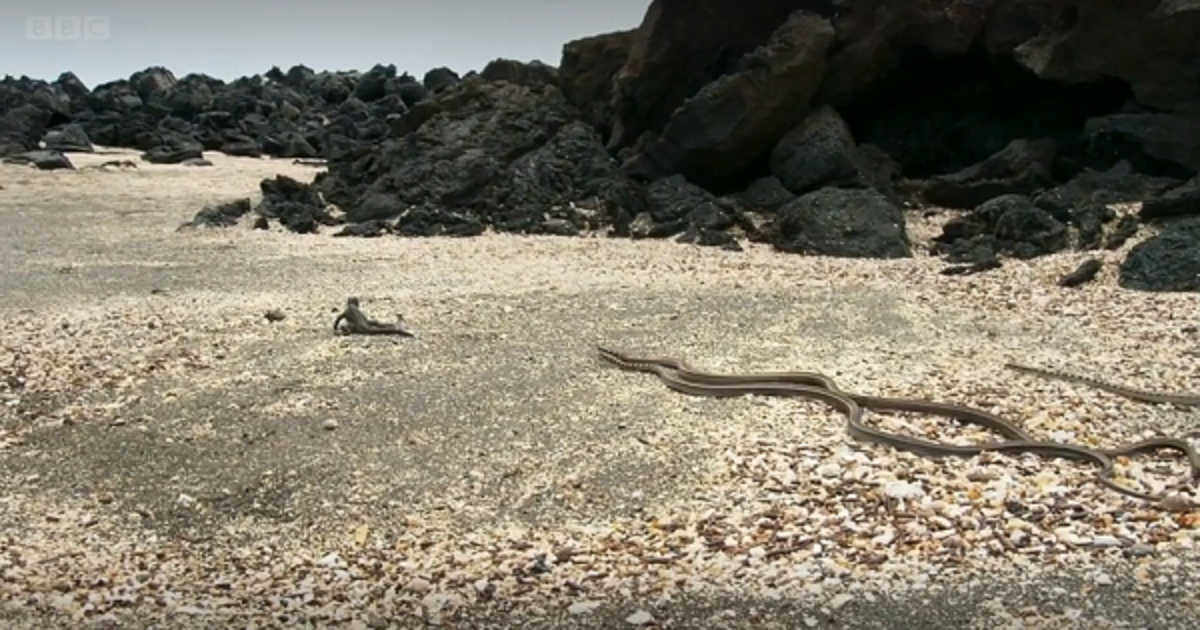 What makes these hatchlings even more vulnerable is that while they could actually outrun a snake on flat ground, there are dozens of these snakes trying to chase them – and that’s not to mention the others waiting in ambush at the rocks!

Also, the snakes can easily wrap their slinky bodies around the iguana, effectively ensuring that it could not escape. Of course, the snakes do have to catch the iguana to do that yet with dozens just waiting for the babies to come out of their shells, it really is a feast for the crafty reptiles.

What’s quite heartbreaking about this is that the adults don’t even attempt to help the babies – and the hatchlings really have to survive on their own. Talk about survival of the fittest – and the quickest!

How Can Iguana Hatchlings Escape the Snakes?

The major advantage the hatchlings have over the snakes is that they can move faster on flat ground but with so many rocks in the area, there are also lots of places for other snakes to lie in ambush.

Another advantage for the hatchlings is that the snakes actually have poor eyesight; they could use that to sneak out although the snakes are also good at detecting movement.

Game of Thrones fans check this out: https://youtu.be/HwuBQJcWz9o