Did you know that rainbows are actually circles, not arches like we often see? That sounds rather crazy, right? Well, it’s actually not crazy because scientists have long explained this but it is not common knowledge because we don’t often see circle rainbows.

Everyone knows that a rainbow is a meteorological phenomenon caused by the bending of light (refraction, reflection, and dispersion) in water droplets. As the light bends, a beautiful multi-colored spectrum is seen in the sky.

But while such a phenomenon actually reflects the light all around to form a circle, observers only see the top half of the arc, centered on a line from the sun to the observer’s eye. Thus, it would be difficult for many to believe that rainbows are actually circles. 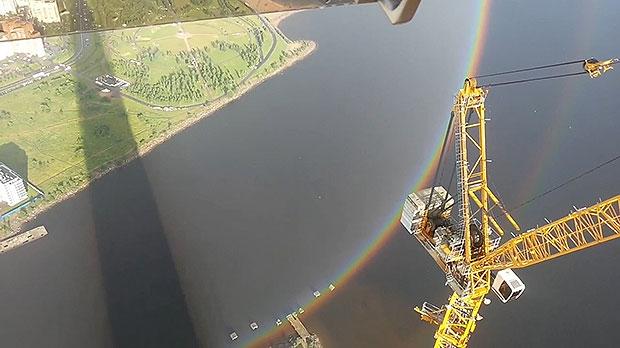 Now, people see rainbows only when they are at a specific angle relative to the source of light hitting the dispersed water droplets. According to Wikipedia, the angle is pegged at 42 degrees from the direction opposite the light source.

If you don’t believe that rainbows are circles, just check out this video taken from a viewpoint of a crane making construction works on the Lakhta Center skyscraper (462 m) in St Petersburg, Russia. At this height, it was possible to actually view the full rainbow – and it’s definitely majestic! 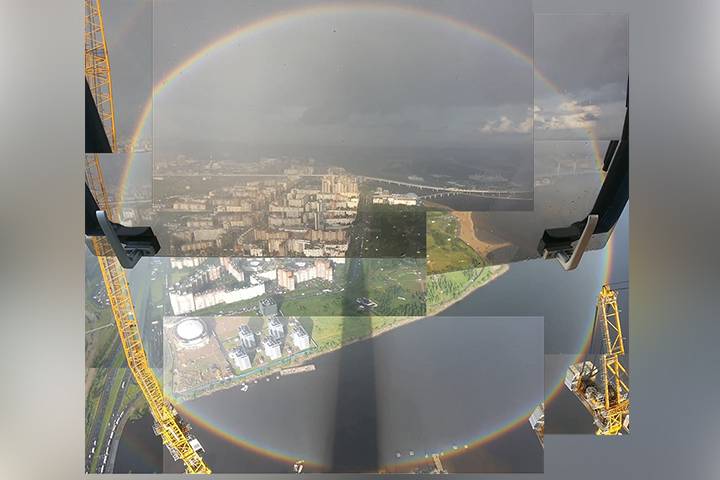 But because rainbows have to be viewed from a specific angle, it is next to impossible to photograph it in full using the cameras of today as it would require a much larger viewing angle.

Check out this video and be amazed:

Can You Actually Touch a Rainbow?

Did you know that a rainbow is actually just an optical illusion and not a physical thing? This means that it can never be physically approached, no matter how hard you try.

In fact, even if you see a person standing at the spot at the end of a rainbow, that person would actually be seeing a rainbow farther off but of the same angle as viewed by you!

So, yeah, we’re sorry to tell you that it’s truly impossible to find that pot of gold at the end of the rainbow…