Have you ever wondered why there are people who unwittingly buy food from China, only to realize these were not real food but something made of wax or other chemicals such as silicon?

Well, the most obvious answer there is that these food clones actually look like their real counterparts that it could be quite hard to determine which ones are real and which ones are clones unless you taste them or observe the product after several days. 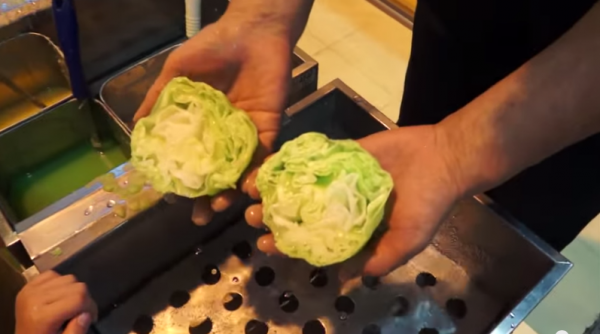 Can you tell whether this is real cabbage or a clone?
Photo credit: YouTube/macdeetube

In the video shared by user macdeetube on YouTube, special Japanese techniques of creating realistic food displays were revealed. As you can see, the “chef” began with some unknown chemicals, possibly wax and silicon, which he would place on water to create the food he wanted to make.

Within minutes, the final food product looks so close to the real thing that I doubt someone could easily tell the difference if they won’t inspect closely. The cabbage clone was totally crazy! Even the cut one looked like real cabbage!

Yes, you might have noticed the video is actually in Japanese. According to the video description, the art of making ultra-realistic food samples was perfected in Gujo town in Gifu prefecture of Japan. As you can see in the video, the food really looked quite real so it is possible some people might be tricked into thinking these were real food!

Aside from the Japanese, the Chinese are also known for creating food clones. Thus, we really have to be quite careful when buying food made in China. We can’t really tell just how they made those food items.

China is notorious for its food scandals and other quality problems on their food items that it is always best to be wary in buying canned/preserved goods from them; better be safe rather than sorry. 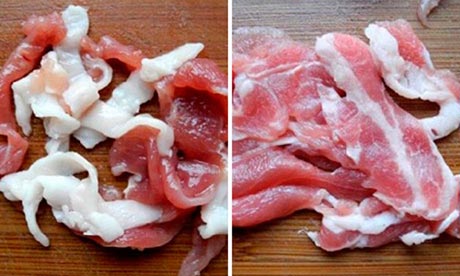 There were plenty of other food scandals over the years; contaminations of various food products such as baby formula, egg products [there are also eggs made entirely of wax!], and fruits. Evil Chinese dealers are also selling double dead meat, even exporting them to countries like the Philippines! There were also some reported cases of recycling out-of-date food or using “gutter oil” in cooking food items.

The Wikipedia lists some of these food safety incidents, including soy sauce made of human hair from salons and used personal hygiene products such as menstrual cycle pads, hospital cottons, and condoms! Ewwww…