A pregnant woman who rode a van for hire (UV Express) had told the driver that she would alight at Delta along Quezon Ave. in Quezon City, Philippines.

But while the other passengers and the driver had heard her say that, everyone (including the pregnant lady) had forgotten about it – and she was not able to go out of the van even when it had stopped at a red light near the building.

They were already quite far from the pregnant woman’s stop when the driver realized that she was still inside the van. So, he asked her again where she would alight and she told him she needs to get down at the Delta, right in front of Cowboy Grill Bar and Restaurant.

The driver told her that they had already gone far from her stop and he asked her to alight the van – but when he realized that she was pregnant, he did the most amazing thing that only very few passenger vehicle drivers (in Manila and many parts of the country) would probably do. 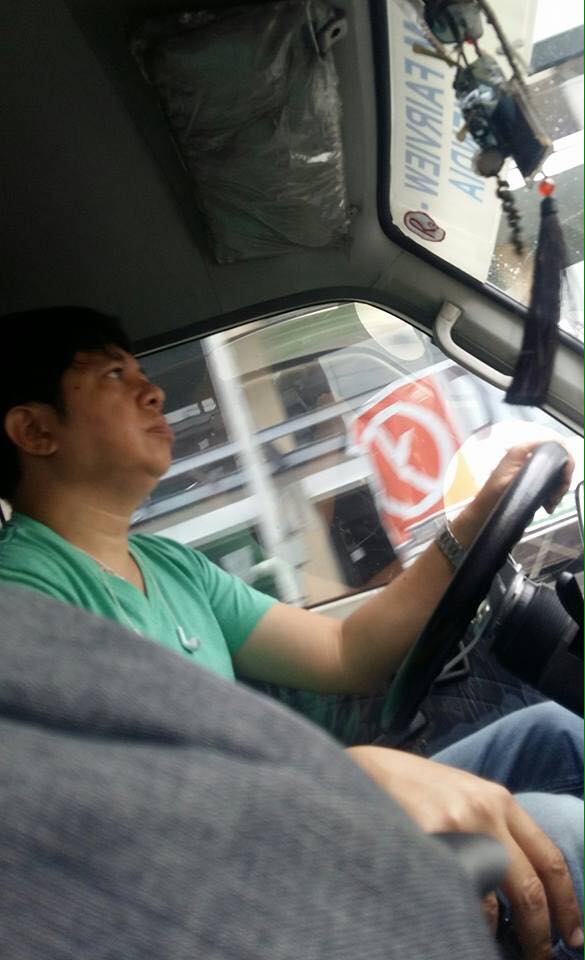 Instead of simply letting the pregnant woman out of the van and making her walk back to her correct stop (she’s partially at fault, anyway), the driver turned the van around (after saying sorry to his other passengers) and brought the lady to her correct destination without asking for additional fare or any favor from her!

What a noble van driver! One of the passengers who witnessed the heartwarming gesture, Mervin Clavio Panganiban, took a snapshot of the kind-hearted driver and shared the story on Facebook to serve as an inspiration to others.

Indeed, many of us have become jaded about the public transport drivers in Metro Manila (and quite recently comparing them with the kind, honest drivers of Davao City in Mindanao, southern Philippines) yet this driver just proves to us that they may just be a few but there still exist a number of great ones in the country’s bustling capital.