During the annual Marathon des Sables, dubbed as the “toughest foot race on Earth” because runners have to go through a six-day ultramarathon across the Moroccan desert that covers 140 miles, an unlikely competitor joined the race – and he would soon gain fans on the internet!

It was on Monday, April 8, that race officials and avid fans noticed a stray dog joining the long-haul Marathon des Sables 2019. It was already the second day of the marathon but they were unsure if it had already joined the runners on the first day. 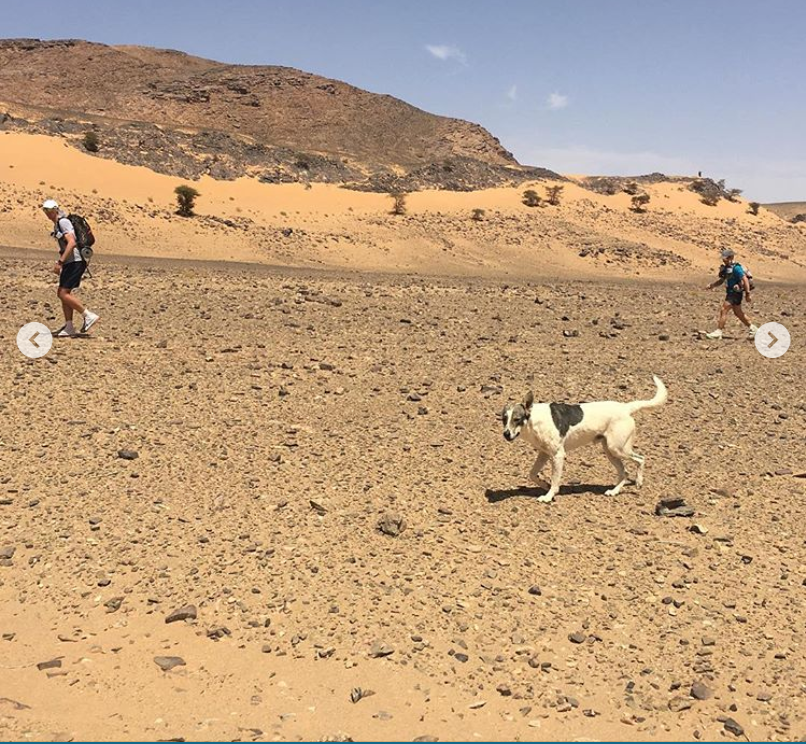 What was sure is that he was spotted joining the runners at about halfway through the scheduled course that day, joining the ranks of nearly 1,000 runners and completing the rest of the 15 miles that day. The course-crasher wasn’t following anyone in particular but simply joined in on the fun, running along with anyone and even overtaking many runners.

Needless to say, the dog quickly gained so many fans that day that he even got a name before the day ended: Cactus. Obviously, the fans got it from the fact that this adorable stray dog was running a marathon in the desert. 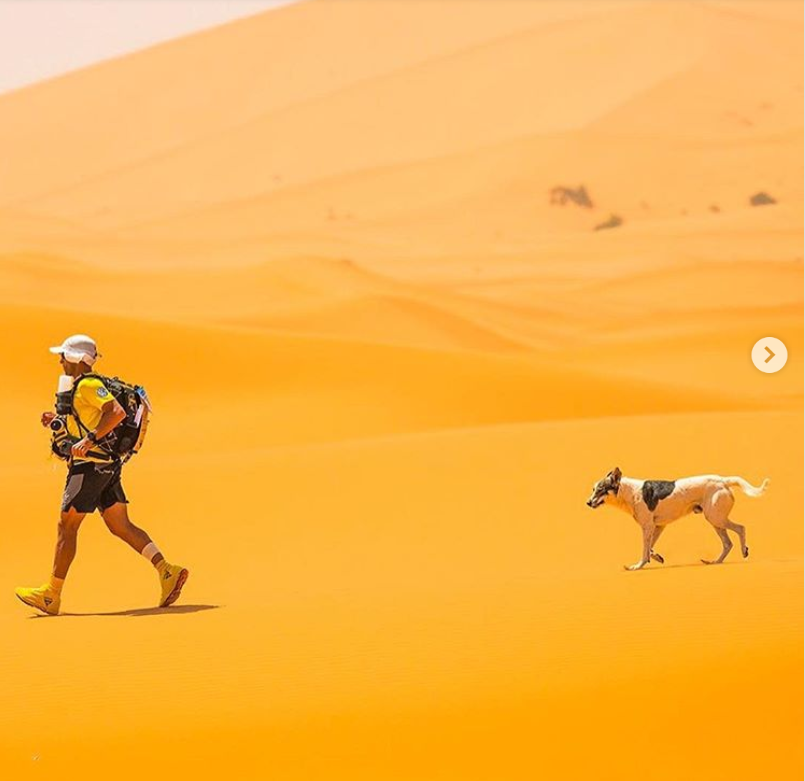 At the end of the day, the runners took a rest at the camp for dinner, hydration, and much-needed rest – and Cactus camped out with them.

On the Stage 3 of the ultramarathon, he actually ran the 23 miles so quickly that he had improved his rank and was officially declared a competitor more than the race mascot his fans first considered him to be. With his growing fan base, race officials strapped a GPS tracker on his back so they could keep track of his progress. 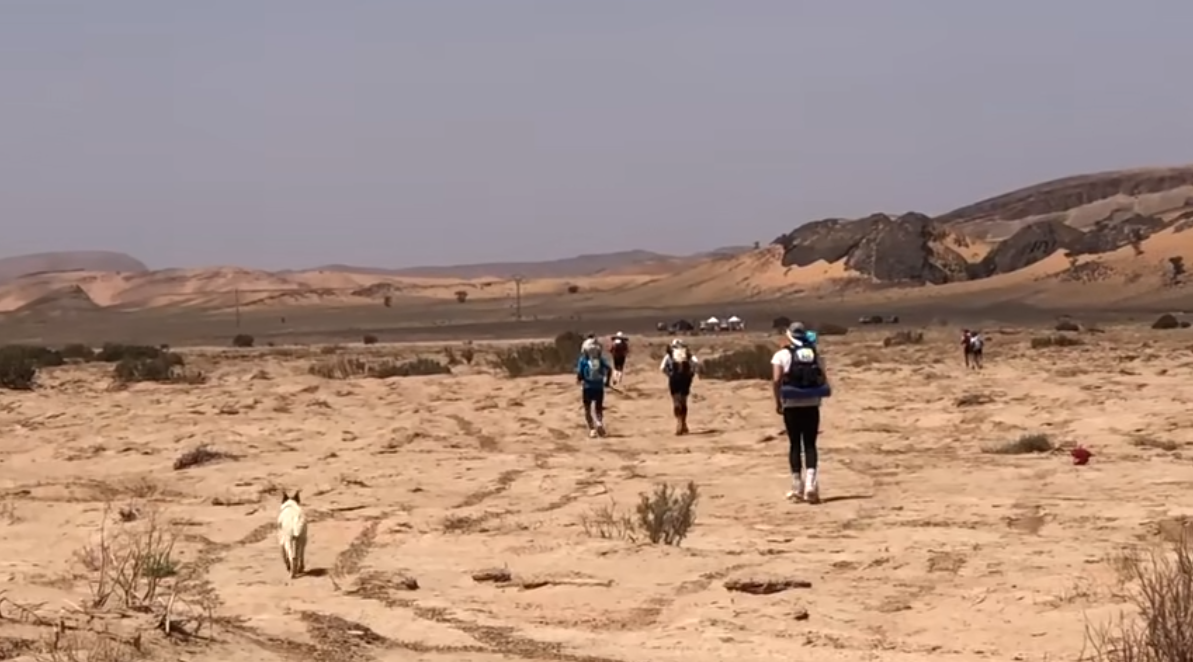 Of course, the race-crasher wasn’t prepared for the ultramarathon. Cactus didn’t have food, water, and other supplies; thus, plenty of runners shared their snacks with their canine competitor and fans helped check for blisters on his feet.

While human runners are given 31 hours to complete the full 47 miles of the Stage 4 of the ultramarathon, Cactus finished at an impressive 11 hours! You’ve got to admire this dog.

He continued to run on in the remaining days, overtaking so many runners that he would actually finish the race in 57th place! Impressive, eh? 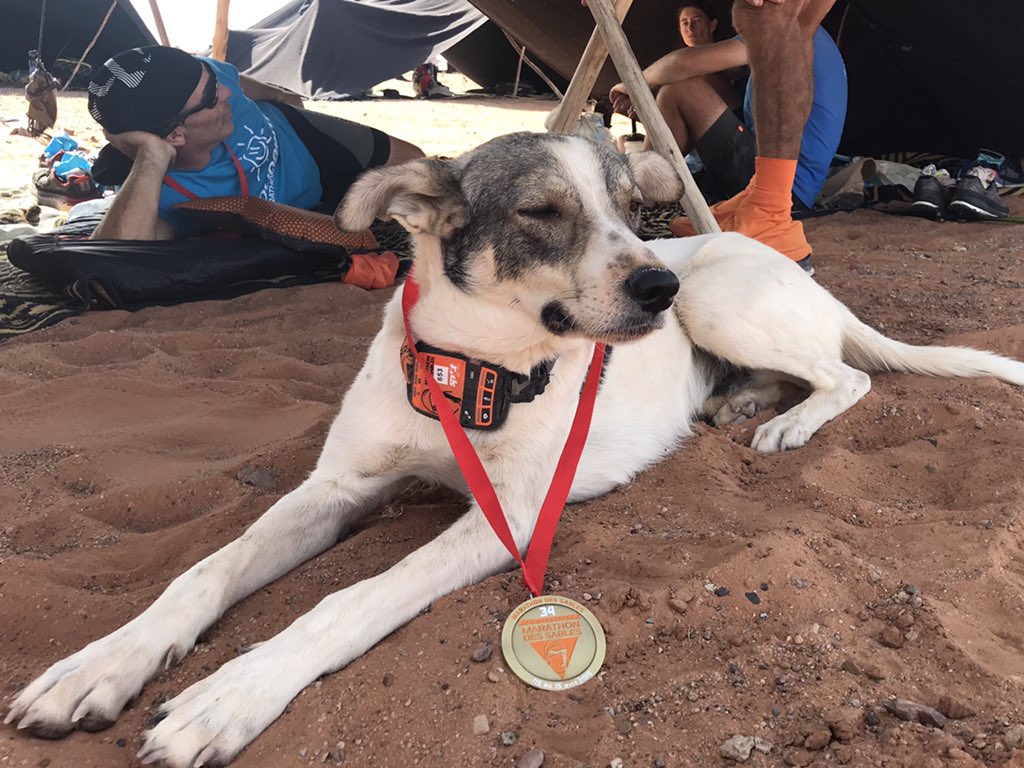 The first dog to ever join in and complete the grueling Marathon des Sables, Cactus was given a medal at the finish line! Not bad for a first-timer who overtook nearly 1,000 human runners in 6 days, huh?