As Halloween comes close, more and more scary stories also get featured on TV – and one of these is the story of a ‘tikbalang’ who was considered by one family as their pet and guardian! Weird and really creepy, isn’t it?

According to Rogelio Agcaoili, a farmer in one of the provinces in northern Philippines, he might be old now but the story of their tikbalang guardian and pet is still fresh in his mind.

The tikbalang came to their family through his father although Lolo Mariano Agcaoili never spoke about how he ‘captured’ the tikbalang and ended up making friends with the supernatural creature. While most stories of tikbalangs portray the creature as bad and scary, the one at the Agcaoilis’ home was actually good that he was regarded as some kind of guardian for the family. 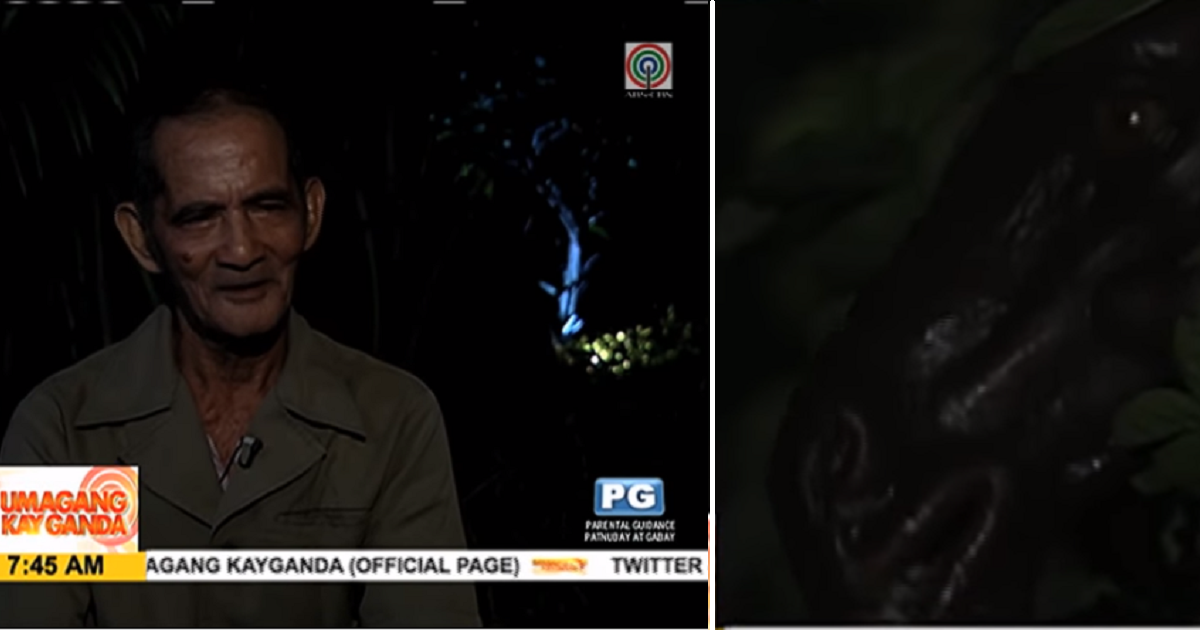 Screenshots from report by ABS-CBN News

Rogelio recalled that back when he and siblings were still small, they would notice that their dad would sometimes talk to someone they could not see. They would also hear what sounded like heavy footsteps outside their window even when there was no one around.

At times when their dad had to go out at night, they could hear him telling someone to take care of the kids but, of course, they could not see who it was.

When Lolo Mariano passed away, they thought that the tikbalang would also go away but Rogelio said that it seemed to have grown fond of the family and had decided to stay. While he still could not see the tikbalang, he said he could now feel its presence.

One of Lolo Mariano’s grandkids, Shanice Mangalindan, said she knows when the tikbalang is around because it has a distinct odor.

What is a Tikbalang?

A tikbalang is a mythical creature in Philippine folklore characterized as a scary horse-like being. It is said to stand on its two feet and somehow resembles the body of a human being but still retaining its horse features.