With her personal experience, Shee was able to prove the widely publicized (on social media, anyway) reports that the city’s taxi drivers are among the most honest and noble in the country.

According to her post on Facebook, Shee shared how the taxi driver patiently waited for her at a McDonald’s outlet. The driver did not have change for Shee’s Php500 ($10.50) bill and she did not have a smaller bill to cover the Php75 ($1.60) on the meter.

Hearing her mention that she was going to eat, the driver offered to wait while she bought food at McDonald’s so she could have a smaller bill to pay him. Shee might easily run from paying the bill, perhaps, but the driver trusted that she wouldn’t; thus, he patiently waited outside the store. He even parked properly while waiting. 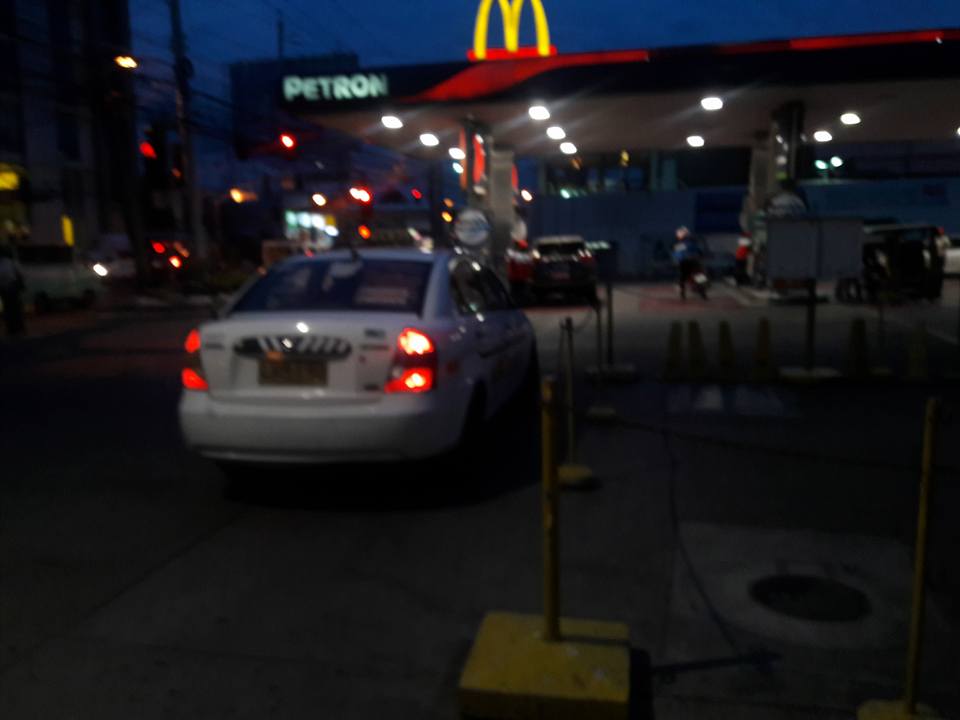 Shee narrated that it took a longer time for her to get back to the taxi driver since there were a lot of people queuing at the counters at the time; thus, she expected to pay extra for the driver’s waiting time yet when she was finally able to get back to him, he still only charged her with Php75! Apparently, he had stopped the meter already even if he had to wait for her!

Impressed that the driver had just proved the honesty of Davao City drivers and adding another notch to the city’s laurel, Shee decided to pay him Php100 ($2.10) as reward but she was even more surprised when the driver insisted that he only needed the Php75 she owes him, saying that not everyone needed extra pay for doing their jobs. Then, he urged her to go back inside the McDonald’s outlet to eat her meal.

So, Shee shared her story on Facebook to express her admiration to this noble taxi driver.